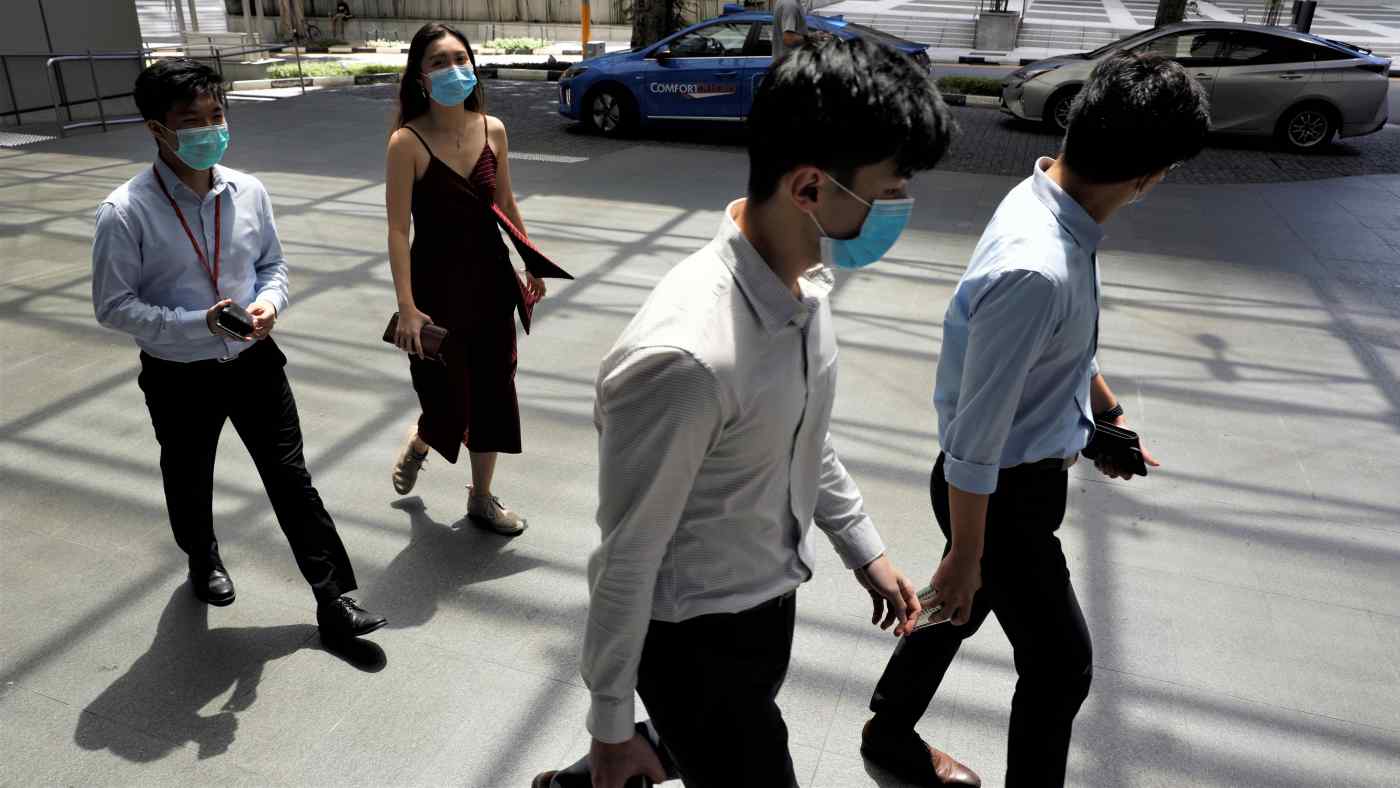 SINGAPORE -- With no revenue generated from April to July this year, Thomas Ng decided to freeze the salaries of his employees.

The 52-year-old managing director at Singapore construction company Hwa Seng Builder is among scores of employers in the city-state, and across Asia, who are putting pay increases on hold to cope with COVID-19.

"We already informed our staff that we will not be doing any pay adjustments -- so-called pay increases -- due to this pandemic," Ng told the Nikkei Asian Review. "I think we have to see what's the actual situation over the next six months."

Still, a recent study shows that employees lucky enough to keep their jobs may have their hopes for higher incomes dashed, especially if they work in the region's more mature economies.

British advisory firm Willis Towers Watson found that roughly one-third of employers in the Asia-Pacific region have been reducing budgets for salary increases. The survey, conducted in May and June with about 3,800 respondents in 22 markets, logged a sixfold jump in the proportion of companies planning salary freezes, to 23.5% from 5.1% in 2019.

The share of Asian companies simply postponing pay raises rose fivefold, to 13.4% from 2.4%.

The pressure on employers like Hwa Seng Builder has been clear for all to see. In Singapore, the construction sector shrank 59.2% on the year in the second quarter, in terms of its contribution to gross domestic product. Nearly all work was halted as the government shut down chunks of the economy for weeks from April to the end of May, causing a 13.2% year-on-year overall contraction in GDP for the quarter.

Others have had it even worse, especially tourism-related businesses. Casino operator Genting Singapore's Resorts World Sentosa attraction is believed to have laid off as many as 2,000 workers in July, though it did not disclose the actual figure. That same month, the city-state's flag carrier, Singapore Airlines, went ahead with pay cuts on at least 10% of its staff.

Edward Hsu, Willis Towers Watson's rewards data and software business leader for the Asia-Pacific, told Nikkei that 56% of the organizations polled in the region expect business performance to be below target this year. "Most companies are therefore capping salary increments or freezing pay increases to preserve cash and optimize costs as part of their business stabilization plans," Hsu said.

Among respondents that were still offering raises, the study found that employers in Asia's advanced economies were the most conservative last year and are set to remain so this year and next.

Japanese employers were capping incremental increases at 2.4% for 2020, steady from 2019, with a modest increase to 2.5% projected for 2021. These were the lowest numbers in the region.

Singapore and Hong Kong were in the same boat. The survey found employers in the two financial hubs limiting salary hikes to around 4% for 2020 and 2021. South Korea stood at 4.4% for this year and 4.5% for the next. Employers in Asia's emerging economies tended to be more optimistic. Vietnamese respondents who still intended to increase pay had the raises pegged at 8.5% for this year, down from 9% in 2019. But they expected a rebound to 8.9% in 2021.

Thailand's expected raises were steady across all three years, at 5%, while China's came in at 6%. Indonesian employers were reining in their salary increases to 7.5% this year, from 8% in 2019, but were looking at 7.9% for next year.

Bosses in India were the most bullish, despite the more than 3 million coronavirus infections in the country. They were planning raises of 9.8% this year and 10% in 2021.

"Many of these emerging markets are projecting a stronger business recovery after COVID-19 and a rebound of business activities next year," Hsu explained.

"In the wake of the supply chain disruptions during the pandemic, many companies are also seeking opportunities to diversify or reconfigure some of their supply chains to deal with the current issues or mitigate against future risks," he added. "Some of these opportunities may flow into these emerging markets."

For now, however, these are just glimmers of hope amid a pervasive sense of gloom across much of Asia.

"Businesses still have to contend with the demand destruction brought on by the crisis, not to mention the risks of renewed outbreaks and lingering or retightening of social distancing measures," said Priyanka Kishore, head of India and Southeast Asia economics at Oxford Economics.

She noted that in Singapore, overall employee compensation fell 0.8% on the year in the second quarter, with the largest declines seen in accommodation and food services, transport and storage, wholesale and retail trade, as well as manufacturing.

And although Singapore's and other governments have introduced huge stimulus packages to support businesses, Kishore told Nikkei that the aid will eventually taper off, leaving companies that are unable to adjust vulnerable again.

"This is likely to keep a lid on wage growth for some time," Kishore said, "especially in the sectors more impacted by the pandemic such as hospitality, recreation and retail."