LONDON/NEW YORK/TOKYO -- As coronavirus vaccines start to come on the market, countries are rushing to tackle the unique logistical challenges presented by worldwide distribution at the ultralow temperatures needed to keep them stable, with developing Asian countries facing some of the most difficult issues.

The vaccine from Pfizer and BioNTech is being transported via planes and trucks from a Pfizer production facility in Belgium to the rest of the world. Specially built boxes can store 1,000 to 5,000 doses at the necessary temperature of minus 70 C for up to 10 days, and can be tracked via GPS. Meanwhile, the vaccine developed by Moderna also must be stored at subzero temperatures, but at minus 20 C.

But other infrastructure is needed to ship and store the vaccines at the necessary temperatures. Few countries have that capacity now, leading to a global scramble to build a cold chain that is up to the task.

UPS has ramped up dry ice production capacity to 1,200 pounds per hour amid concerns about shortages, and is also providing freezers that can maintain temperatures between minus 20 C and minus 80 C. FedEx has readied more than 5,000 distribution centers, 80,000 delivery vehicles and 670 planes to support the distribution effort.

United Airlines, with support from the U.S. Federal Aviation Administration, is flying vaccines from Pfizer's Belgium plant to Chicago. American Airlines is conducting trial flights from Florida to South America to "stress test" the packaging and handling process.

But only 15% of carriers feel prepared to transport the Pfizer vaccines at the necessary temperature, according to a survey by industry groups cited by Reuters.

India must get vaccines to more than 1.35 billion people across a sprawling, often sweltering country. Many in rural areas can be difficult for cold chain infrastructure to reach.

India faces a special challenge -- it covers a vast amount of territory and it is hot. The country has a 28,000-unit cold storage network that the government uses for its conventional immunization program, but experts and logistics companies have told local media that no company has the capability or capacity to transport vaccines colder than minus 25 C.

Executives from Luxembourg-based B Medical Systems are traveling to New Delhi this weekend for talks with the government on setting up a cold chain, including importing transportation boxes and freezers and, later on, building a plant in Gujarat to produce them domestically. 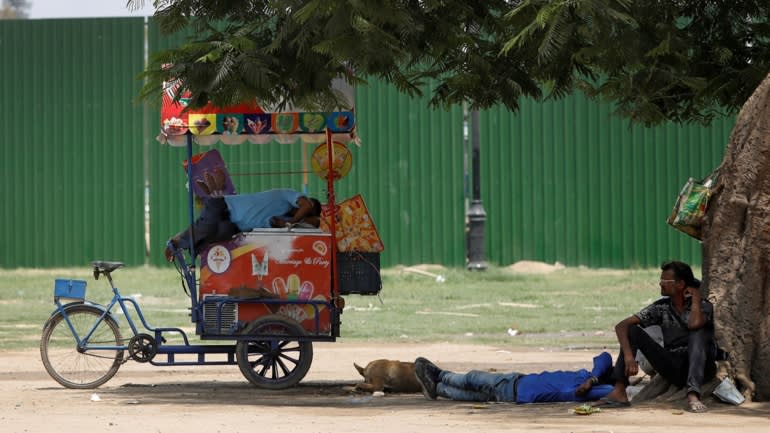 Local logistics companies are expanding cold chain facilities that can handle vaccines with somewhat more forgiving temperature requirements. The cold chain network for food, which already has a broad reach, is expected to be enlisted for vaccine storage and distribution.

However, India may opt to wait for a more heat tolerant vaccine preferably one made domestically.

The Philippines faces similar challenges. The country, which has one of the highest rates of COVID-19 cases in Southeast Asia, is looking to set up cold storage facilities in every region or use private pharmaceutical companies' warehouses. The country lacks such facilities, but the government said it was prepared to spend to build them. Not details, however, of such a plan have been given.

China is investing in efforts to build a global cold chain network. Cainiao Smart Logistics Network, the logistics arms of Alibaba Group, said Thursday it was partnering with Ethiopian Airlines for airfreight services out of Shenzhen Airport, home to the country's first medical cross-border cold chain facility. Medicines are to be distributed twice a week from Shenzhen to Africa and elsewhere.

Although Japan lags behind the U.S. and Europe when it comes to launching a mass inoculation program, Japanese logistics companies are busy preparing a deliver system for vaccines.

Japan Airlines recently formed a team specialized in transporting vaccines via air. The company is rushing to connect with forwarders that directly contract with Pfizer and Moderna.

If a vaccine manufacturing site is near an airport outside of JAL's normal service network, then the carrier could arrange for charter flights.

DHL Japan has storage equipment that can hold items in temperatures of minus 20 C.

Yusen Logistics, a group company of the marine shipper Nippon Yusen, will form its own vaccine transport team as early as this month. The company will form a logistics network that will rely on both air and ground transport.

Yusen Logistics looks to deliver vaccines directly to hospitals or store them temporarily in warehouses. The company is discussing those matters with air and truck operators.

"Basically, we deliver [the vaccines] in warehouses specified by the shipper [or importer], then after inspection, distribute the necessary quantities to medical institutions," said a DHL Japan representative.

Refrigeration units to store vaccines are essential too. The Japanese government plans to make 3,000 cold storage units available, according to the Ministry of Health, Labor and Welfare.

PHC holds a 20% global share in ultracold freezers as well as the majority of the domestic market in that field. Many of PHC's orders came from Western drugmakers, but now the company will field orders from Japan.

"We'll be able to supply the necessary number of freezers by around spring when Japan starts vaccinations," said PHC Corporate Officer Nobuaki Nakamura.

Japan's health ministry aims to begin inoculations by the end of March. Plans to transport vaccines are expected to go into full gear from this point forward.