Wuhan lockdown strikes at heart of 'Made in China 2025'

Government goes all out to keep semiconductor and steel production rolling Hubei Province is a key transportation hub, and activity there accounts for a little over 4% of China's economy, the world's second largest after the U.S.
TAKASHI KAWAKAMI and SHUNSUKE TABETA, Nikkei staff writersFebruary 3, 2020 20:20 JSTUpdated on February 4, 2020 03:14 JST | China
CopyCopied

GUANGZHOU/BEIJING -- The deadly coronavirus outbreak is taking a toll on China's manufacturing sector, striking a region crucial to the "Made in China 2025" high-tech initiative as well as a hub for the automotive industry.

Factory activity in Wuhan, the quarantined epicenter of the outbreak, has been laid low as companies tell workers to stay home and transit into and out of the city remains closed.

But in a sign of where Beijing's priorities lie, key producers of steel, chemicals and semiconductors remain in operation, as do electric utilities, thanks to strong local government support, according to a spokesperson at a state-owned enterprise in Wuhan.

Endowed with a strategic location at the junction of two rivers, Wuhan grew into an industrial powerhouse in part because of its logistical advantages.

Hubei Province, of which Wuhan is the capital, accounts for a little over 4% of China's economy, the world's second largest after the U.S. The city has been called the "Chicago of the East" for its industrial and transportation importance. 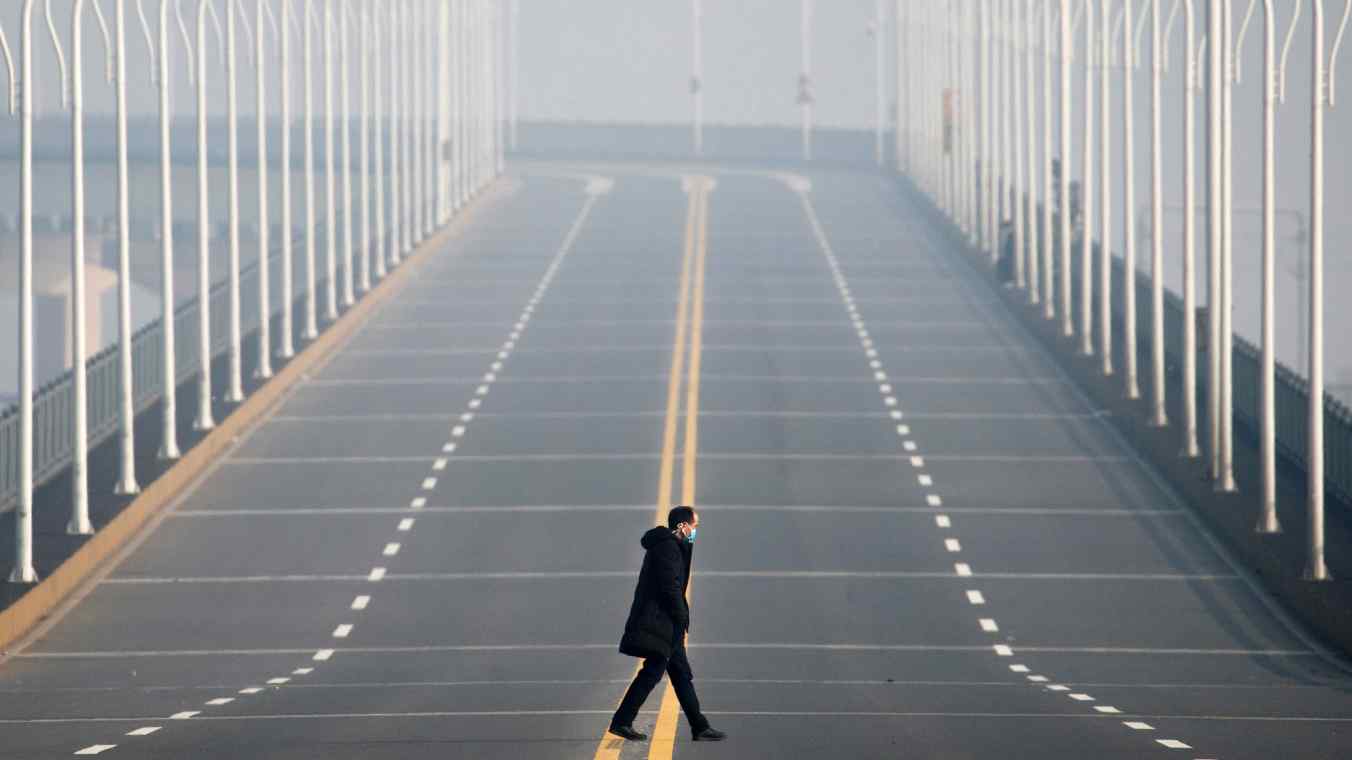 One semiconductor industry insider summarized the situation in Wuhan under lockdown: "Workers on Spring Festival holiday cannot return, and on top of that, quality control managers from client companies are unable to come to inspect the product, so full-scale production cannot move forward."

Companies in Hubei have extended their Lunar New Year, or Spring Festival, holiday until at least Feb. 13 -- longer than in Shanghai and Beijing. More than 5,000 people have been infected with the coronavirus in Wuhan, and more than 10,000 in all of Hubei.

Wuhan plays a key role in Made in China 2025, the Chinese government's effort to promote high-tech industries. Tsinghua Unigroup, a major semiconductor company, was the first Chinese business to launch mass production of 3D NAND flash memory there.

President Xi Jinping visited a Wuhan chip plant operated by Unigroup affiliate Yangtze Memory Technologies in 2018, in a sign of how his government was accelerating the development of China's semiconductor industry. Wuhan was seen as leading China's push to reduce reliance on foreign chipmakers after smartphone company ZTE was hit by a U.S. technology ban that year.

A spokesperson for Yangtze Memory said Monday that factories were operating normally thanks in part to cooperation from the government on procurement and logistics.

Autonomous driving is another Made in China 2025 priority, and Wuhan became the first city in the country to grant approval for a self-driving bus service, now being road-tested by a group of companies including search giant Baidu.

"As long as safety tests are on hold, preparations for commercial service cannot go ahead," said a person at a Chinese company that develops technology for self-driving vehicles.

Smartphone maker Xiaomi, which has an artificial intelligence development center in Wuhan, has told employees who can work from home to do so or wait for government instructions to return to the lab, a spokesperson said.

Wuhan is also crucial to the Chinese auto industry.

Hubei factories produced 2.42 million vehicles in 2018, accounting for about 10% of China's total auto output and exceeding that of France, the U.K. and Thailand. General Motors, Honda Motor and France's Groupe PSA have joint venture factories there. More than 500 car parts manufacturers operate in Wuhan.

"Even if the factory were reopened, we cannot resume normal production," said an employee at state-owned carmaker Dongfeng Motor Group. "Parts procurement is scattered in different cities."

The employee, who worked at the Dongfeng factory in Shiyan, said that he, like others in the province, is not allowed to leave his home.

Honda Motor-affiliated parts manufacturer F-Tech has decided to produce brake pedals in the Philippines instead of at its Wuhan plant.

An executive of a Japanese automaker also said: "China's overall production could be adversely affected. We have begun reviewing our supply network to see if we can procure parts from outside China."

Research company Gasgoo Auto Research Institute said Sunday that the sale of passenger cars in 2020 would fall by 3% to 6% from the previous year due to coronavirus.

As markets take in the developments, a key question becomes how deep an impact the outbreak will have on Chinese and global economic growth.

According to local financial magazine Caijing, Zhang Ming, a researcher at the government-linked think tank Chinese Academy of Social Sciences, predicted that real economic growth in the January-March quarter will slow to around 5%, down from about 6% in the preceding three months.

Located at the confluence of the Yangtze and Han rivers, Wuhan flourished as a port town during the Song dynasty (960–1279). In the late 19th century, it was designated as a hub for economic modernization alongside Shanghai and Tianjin. The opening of a steelworks there began Wuhan's transformation into an industrial powerhouse.

Steel remains an important business in the city, in part because of its transportation links to the rest of China. Baowu Steel Group -- China's biggest and the world's second-largest steelmaker -- has a major production center there. Output from the city's steel mills nurtured its auto industry.

Wuhan also played a role in China's turbulent 20th century politics. The 1911 Wuchang Uprising -- the start of the Xinhai Revolution, which overthrew the Qing dynasty -- began there. In 1967, two opposing forces in the Cultural Revolution clashed in the city in what became known as the Wuhan Incident, a turning point in that period.