A year after lockdown was lifted, it still isn't business as usual for some 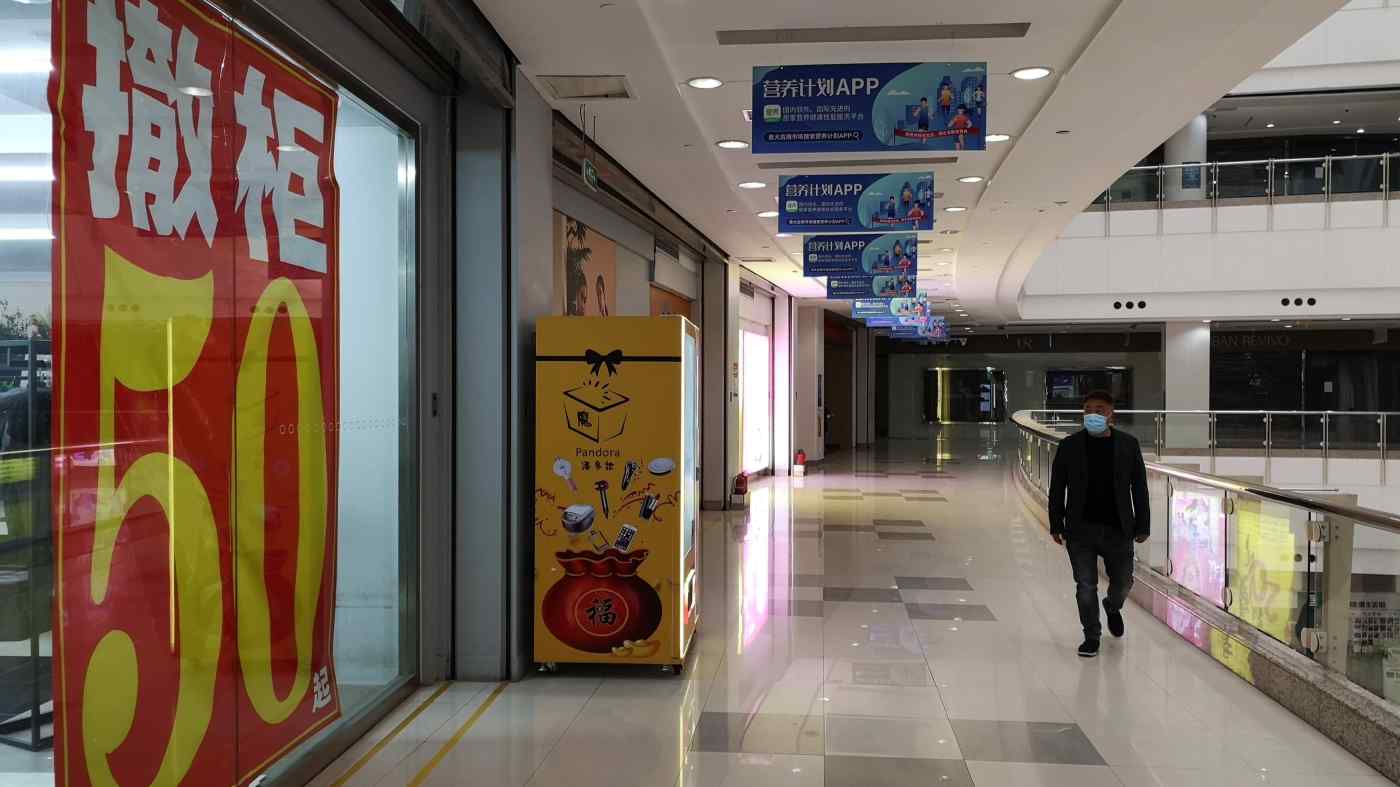 WUHAN, China -- Thursday marks a year since a harsh 76-day lockdown was lifted in Wuhan, the capital city of Hubei Province in central China and the first epicenter of the novel coronavirus outbreak.

While many countries are still battling the pandemic now, China has staged a strong recovery since the world first became closely acquainted with the idea of "lockdown." But Wuhan, once a thriving industrial jewel, is still only halfway up the road to a full economic recovery, as retail sales and travel revenues remain stuck below the national average.

Small- and medium-sized stores have been hit particularly hard. Some blame government secrecy around the outbreak for Wuhan's inability to recharge its retail and travel sectors.

On a recent Sunday, there were but a handful of people strolling in the Guanggu International Plaza shopping mall in the city center. A "store closing sale" sign hung over a menswear shop, while nearby, the doors of Urban Revivo, a Chinese fast-fashion chain, has been shut since March.

"Many stores have withdrawn one after another since last July due to the coronavirus. Only about 10 stores remain here," said an employee of Guanggu International Plaza, which was only partially lit.

A 40-year-old baker who only wanted to be known as Wang said he, too, folded his cake shop in July, losing 500,000 yuan ($76,430), as business failed to return even after lockdown was lifted. "I now have no choice but to work as a taxi driver," he said, disappointment visible in the droop of his shoulders.

Retail sales in Wuhan declined 3.6% in the first two months of this year from the same period in 2019, a year before the coronavirus broke out in the city.

By contrast, nationwide retail sales rose 6.4% in the first two months of this year from two years ago. Retail sales in Suzhou, Chengdu and Nanjing, three other Chinese cities with roughly the same-sized economy as Wuhan, rose 13.1%, 8.0% and 15.7% respectively over the same period.

In terms of gross domestic product in 2020, Wuhan, Suzhou, Chengdu and Nanjing were ranked ninth, sixth, seventh and 10th respectively in the country.

The Chinese government has said that there has been no community transmissions in Wuhan since June 2020 and the city of 11 million has spring back to life in many aspects and local citizens are venturing out more.

The manager of a store on Hanjie, a busy shopping street in the city center, said, "Customer traffic has returned to normal at popular shops. Meanwhile, those that were unpopular from the beginning have been increasingly shunned by customers. Small shops that are not strong financially also find themselves in dire straits."

The tourism industry is also not back to health. Travel receipts in Wuhan during this year's Spring Festival plunged 49%, compared with the same period of 2019, faring worse than the national average of a 41% fall. Wuhan's fall was also outsized compared with 21% in Suzhou, 38% in Chengdu and 24% in Nanjing.

A 29-year-old female executive at a Wuhan hotel said, "Wuhan is famous as a good place for cherry-blossom viewing. Since March, [bookings] have been beginning to recover." But it is unclear when normality will fully return.

The Chinese government has trumpeted the success of the lockdown, claiming that Wuhan was now a safe city. Official government figures put the number of people who had been infected with the coronavirus in Wuhan at about 50,000.

But a team of researchers from Wuhan University and elsewhere estimated the number at 168,000 in January. The true picture of infection is unclear and it may be this uncertainty that is hampering Wuhan's recovery in retail and travel.

"I don't want to go to Wuhan because the virus might be lurking," said a 35-year-old resident in the northeastern city of Dalian, a view echoed by others.

The Chinese government has come under fire for its censorship of information.

Zhang Hai, 51, lost his father in Wuhan to the coronavirus. In early March, he asked the government to disclose patient data in the early days of the outbreak, but he was rebuffed. 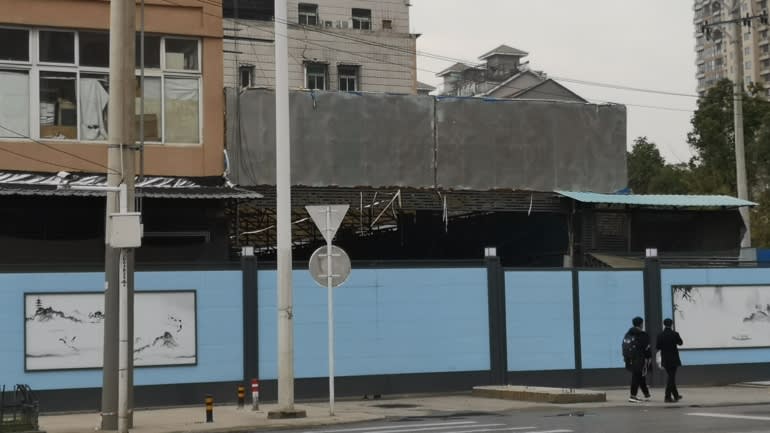 A wall has been erected around the Huanan Seafood Wholesale Market in Wuhan, from where the novel coronavirus was believed to have spread, so that it is impossible to even look inside, let alone enter. (Photo by Shin Watanabe)

Zhang is angry. "My father died because the municipal government and others covered up information in the initial days of the outbreak. They should provide more information," he said.

The Huanan Seafood Wholesale Market, from where the infection was thought to have spread, is now sealed off. It is impossible to enter the market or even look inside because it has been blocked off by a newly erected wall.

While the true scale of the outbreak cannot yet be established in Wuhan and the travel industry continues to be impacted by fears of the virus, unfounded or not, the city will have to depend on other sectors such as industrial production and housing for its economic recovery.

Both sectors grew faster than the national average in the first two months of the year, compared with the same period in 2019.

The auto industry is Wuhan's largest. Dongfeng Honda Automobile, Honda's Chinese joint venture, reported that sales surged 40.6% to about 135,000 vehicles in January and February this year, compared with 2019, after it boosted production locally.

Nissan Motor's joint venture also has its headquarters in Wuhan.

"Production and sales at Japanese automakers, including related parts, are generally strong. As for Chinese companies, production of semiconductors and panels is also increasing," said Takehiko Saeki, head of the Wuhan office of the Japan External Trade Organization.

Property sales have also been rising, particularly as Shanghai and Beijing are more expensive to invest in. A real estate broker said condominium sales have soared due to pent-up demand both from local residents and investors. "Wealthy people have resumed purchases after taking a 'wait-and-see' attitude due to the novel coronavirus outbreak," she said.

Major Chinese companies, including e-commerce giant JD.com, have also announced investment plans for Wuhan, in response to encouragement from the government.