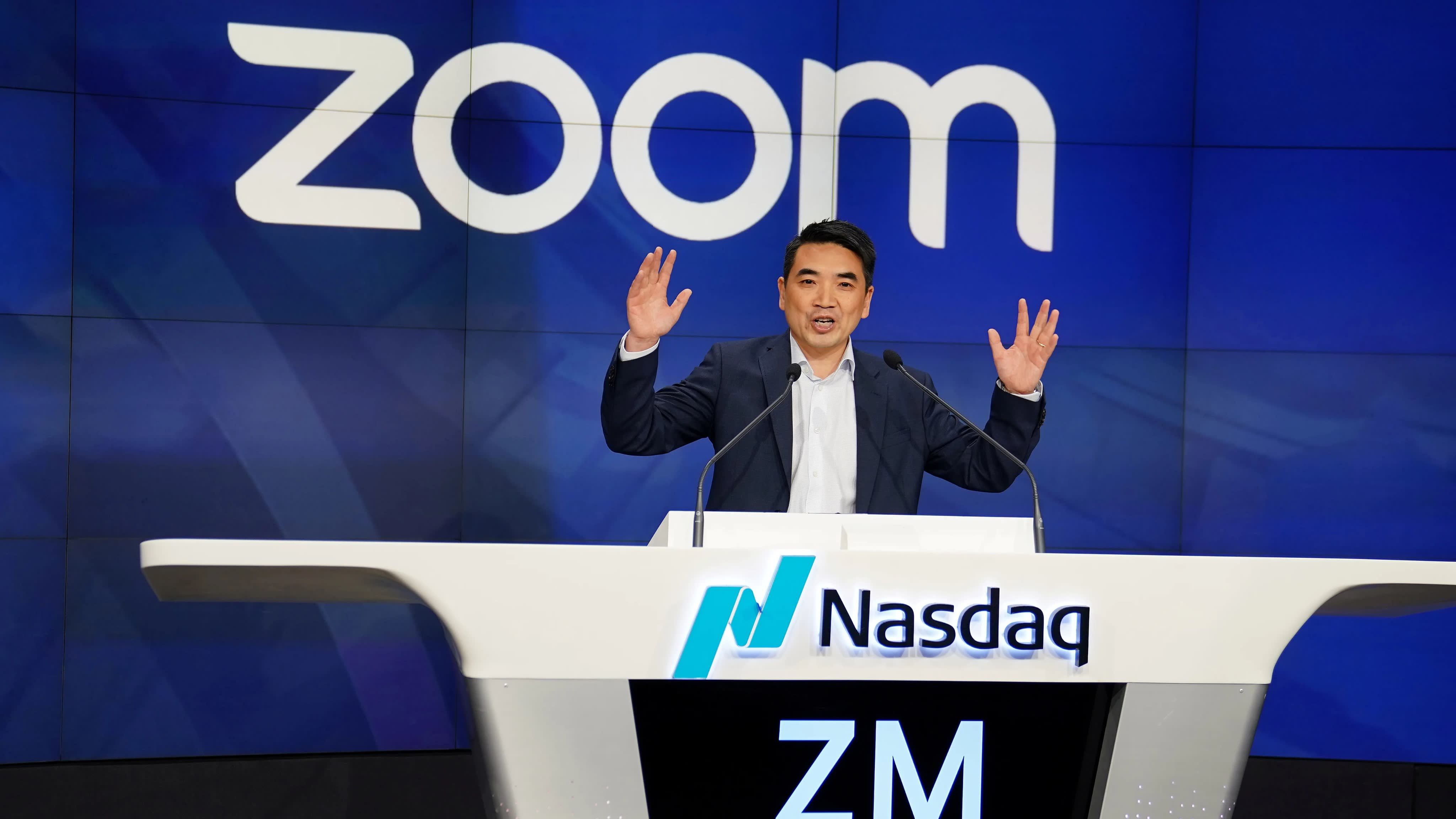 SAN JOSE, U.S. -- Zoom, the videoconferencing service provider, reported better-than-expected quarterly results on Wednesday as well as a surge in user numbers due to the coronavirus outbreak, making it one of the few listed companies to see a boost from the ongoing crisis.

The San Jose, California-based company has seen its share price rise more than 70% this year to $116.80 just before its latest quarterly results on Wednesday, after debuting on Nasdaq last April at $62 per share.

The share price rise was boosted partly by expectations that the outbreak will drive higher demand for video conferencing service due to more people working from home and in-person meetings being canceled in affected regions.

Those figures do not fully reflect the impact of the outbreak on Zoom's business, however, since the results are only through January. Investors and analysts expect results for the current quarter to reveal the fuller picture.

At the same time, Zoom has already gained more users in 2020 than in all of 2019, according to a Bernstein research report published on Feb. 26. Bernstein estimated the company added 2.22 million monthly active users in the past two months, while in 2019 it added 1.99 million in total.

Management did not disclose exact numbers of recent new users, but said they believe the outbreak will lead more companies to adopt remote working, which will benefit Zoom's business in the long term.

"Due to the coronavirus, we have already seen significant usage of our platform and accordingly we will expand our capacity to meet the increased demands of both paid and free users," Zoom CEO Eric Yuan said in the earnings call.

"At this moment, we are laser focused on offering the best service to the people in the world. We never even thought about, you know, monetizing [the outbreak] because it's not our focus, it is not important," Yuan added.

As the coronavirus spreads around the world, Zoom said it has seen a pattern of growing new users in countries following the outbreak, with a surge in demand from China and other Asian countries last month, to more recent upticks in Europe and the U.S.

The company has removed the 40-minute limit on group meetings for free users in China, and said its products have been particularly welcomed by health and educational institutions in the country.

"In China, health care workers and those in stressful conditions in affected areas are able to connect live on video with a therapist [via Zoom]," Yuan said.

"In this critical time, I want to say, empathy, humanity, and support for each other is more important than revenue, than growth," he added.

But even though Zoom's earnings beat the consensus forecast by Wall Street analysts, the company's shares slide more than 10% in extended trading hours due to a lower-than-expected guidance for the current quarter and fiscal 2021, which ends next January.

"We have definitely seen an uptick in usage, but a lot of that is on the free side so it's very early to tell whether or not that's going to convert long term into paying customers," said Zoom CFO Kelly Steckelberg.

Because of the additional investment in building capacity to ensure Zoom can support the surge in usage amid the outbreak, "we are seeing impact on our gross margins, which is why we're guiding you towards the lower end of our range" for the fiscal year, Steckelberg added.

However, "even if the majority of incremental new users spawned by coronavirus concerns are only using the free version with no intention of becoming paying customers, Zoom could still see a substantial uplift in paying customers and future revenue from those who do choose to upgrade to a paid version," said Bernstein analyst Zane Chrane in a research note sent to clients.

Zoom's share is uniquely positioned to benefit from the surge of video conferencing demand during the outbreak as there are not many listed companies in this particular sector, according to Brad Gastwirth, chief technology strategist at Wedbush Securities.

"Given we are at the beginning of the outbreak here in the U.S., I wouldn't be surprised to see more telecommuting, more employees working from home, and more virtual business taking place, if the virus outbreak continues to get worse here," said Gastwirth.

"Cisco's WebEx part or Microsoft Team will benefit, but that's only a portion of their business, and there are not that many pure players [like Zoom] in the field," he added.