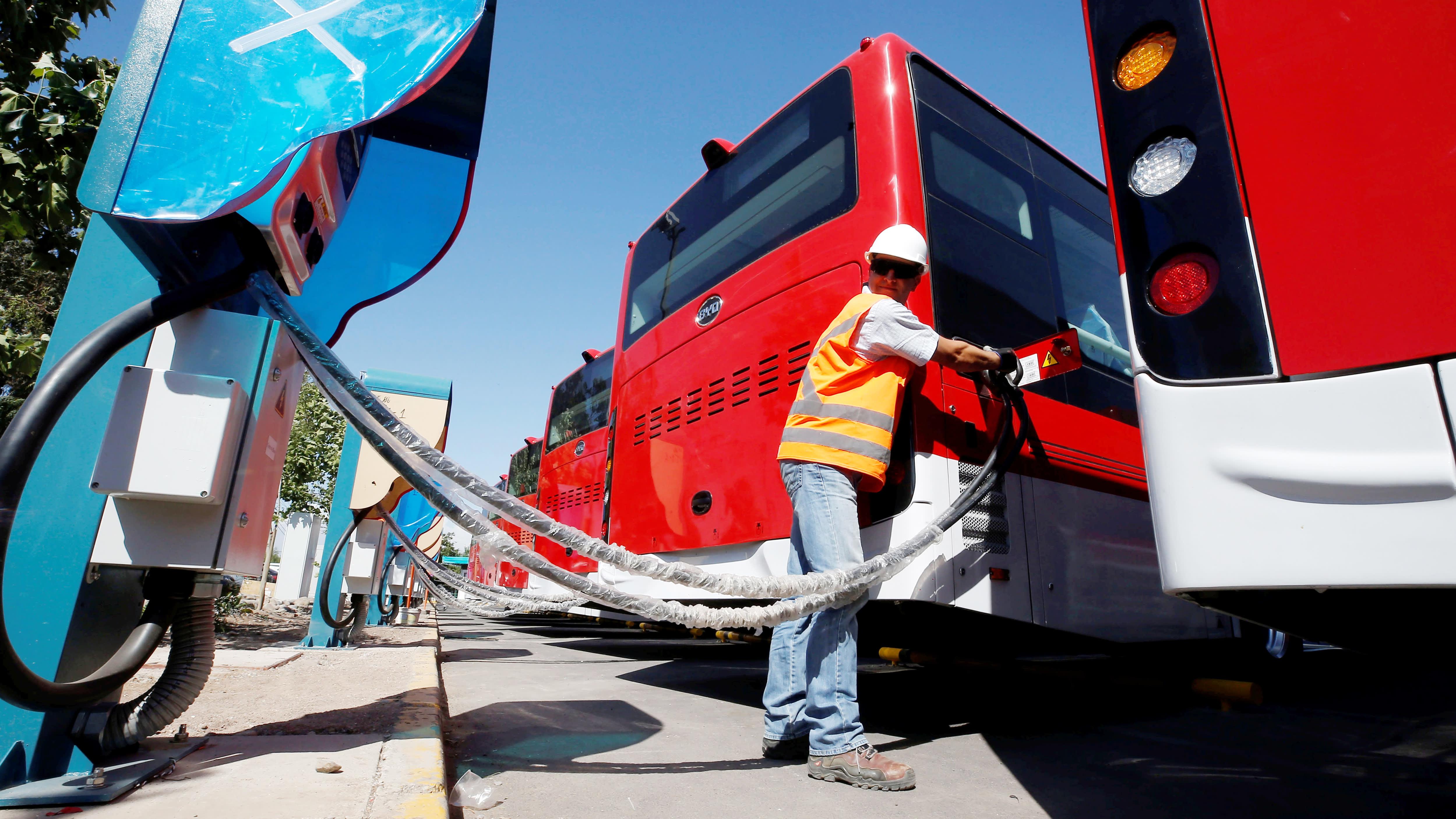 An electric bus manufactured by China's BYD is charged as part of a new public transport fleet in Santiago, Chile.   © Reuters
Cover Story

From China to the US, dwindling subsidies take shine off electric cars

TOKYO -- Beijing's decision to gradually fade out its generous subsidies for electric vehicles was widely known in the industry, but when the official announcement came on March 26, many were caught by surprise.

Wong and his fellow analyst Benjamin Lo said the cuts were more severe than imagined: They will be reduced by half this summer. Also surprising was the fact that electric vehicles with a driving range of less than 250 km will no longer be eligible for subsidies at all.

Government grants have been playing a crucial, if not decisive, role in the growth of electric vehicles around the world. By bringing actual purchase prices closer to those of traditional gasoline and diesel engine cars, subsidies have jump-started the industry. According to local media reports based on official documents, the Chinese government's aggregate subsidies for new energy vehicles exceeds 100 billion yuan ($14.8 billion).

This policy has helped create the world's largest electric vehicle market. A total of 1.25 million vehicles were sold in 2018, a 62% jump on the previous year and 71 times higher than only five years ago.

With China and the U.S. curtailing these policies -- the Trump administration plans to phase out subsidies entirely by 2020 -- the young EV industry faces a crucial test. China says it is shifting gears to support "high quality development" of the industry, weeding out subcompetitive players and encouraging companies to stand on their own.

However, the cuts could also hurt even the leading players. The Nomura analysts are now cautious on top EV manufacturers such as BYD and Yutong Bus, since "the pace of subsidy reduction has been much faster than that of battery cost decline," which puts more pressure on profit margins.

NIO clearly stated the importance of government assistance in its latest annual report in early April. "Our growth depends significantly on the availability and amount of government subsidies, economic incentives and government policies that support the growth of new energy vehicles generally and electric vehicles specifically," it said.

The company said the new subsidy policy will result in a "significant reduction in the total subsidy amount applicable to the ES8," its first volume manufactured passenger car, compared to last year.

BAIC BluePark, an EV unit of state-owned BAIC Group, echoed NIO's concern in its annual report published on April 23, saying the steep cut "will have a detrimental impact on the company's operations." The company received 4.45 billion yuan ($660 million) in subsidies last year -- a third of its sales revenue for NEVs.

CATL, the world's largest EV battery producer by volume, also expressed concern that the cuts could have a "serious detrimental influence on the company's management and results" in its annual report on April 25.

However, Goldman Sachs, which rates CATL "sell," attributes sharp growth in the first quarter to "EV demand front-loading" ahead of the severance of subsidies. The growth "is not sustainable," said the investment bank.