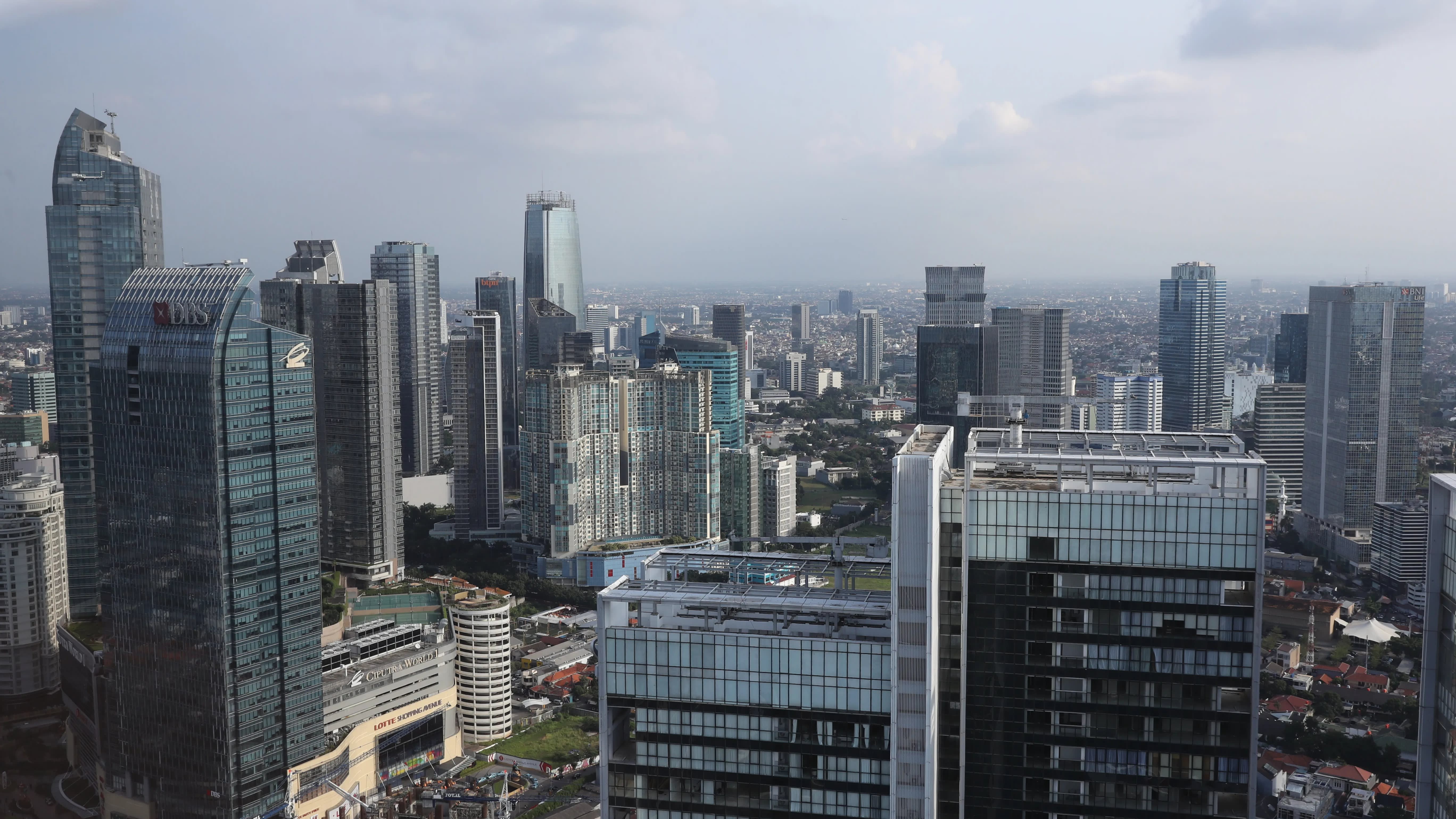 Indonesia’s presidents have long hoped that spinning out the bureaucratic capital would jump-start the country’s struggling east: Jakarta generates 17% of the country's GDP. (Photo by Kosaku Mimura)
Cover Story

Jokowi aims to do what predecessors couldn't as Jakarta overflows

JAKARTA -- Jakarta, Indonesia's sprawling capital city, is shorthand in Southeast Asia for the endemic challenges of emerging-market megacities -- gridlock, pollution and a chaotic approach to planning, where iron-roofed informal communities are sited next to gleaming luxury malls.

During his rapid rise from a provincial businessman to the presidency of Indonesia, Joko Widodo spent two years running the city as its governor, winning the 2012 gubernatorial election on promises to tackle its enduring problems of flooding, housing and traffic. His time running the capital gave him a national platform and helped to establish a reputation as the rising star of Indonesian politics, ultimately earning him a shot at the presidency.

As he embarks on his second term in the Merdeka Palace, "Jokowi," as he is known, is preparing for a massive project with major implications for Jakarta: shifting the country's government 1,000 km to the east to Kalimantan.

In April, the president announced that the government would begin the search for a new administrative capital, a move motivated by Jakarta's immense challenges and by a desire to jump-start development in Indonesia's eastern regions.

Economic growth has been disproportionately skewed toward Java since the country's independence in 1945. Jakarta alone makes up around 17% of Indonesia's economy, more than twice the entire region of Kalimantan. Widodo hopes that by relocating the capital he can spur more investment in infrastructure and services in the east of the country, and stem a "brain drain" of migrants from the less economically developed states to Java.

"The [new] capital must encourage growth outside of Java Island," Widodo said in interview with the Nikkei Asian Review, adding that Kalimantan has the advantage of being less prone to natural disasters. 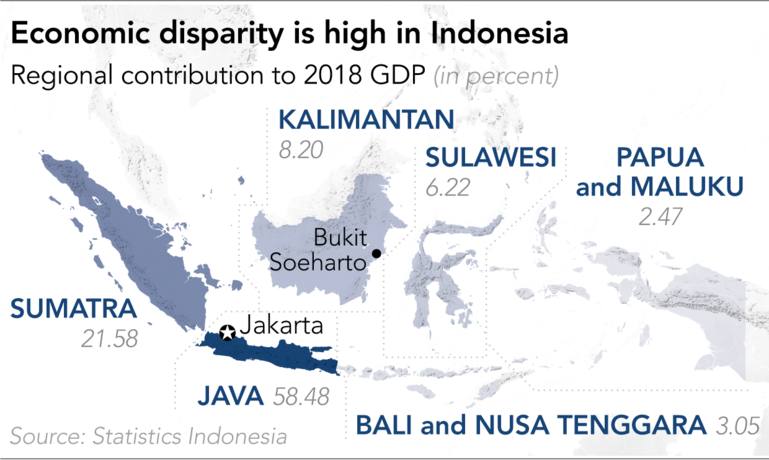 Jakarta sits on the Pacific Ring of Fire, and is vulnerable to both earthquakes and flooding. Widespread subsidence due to groundwater extraction has caused the city to sink into its foundations, lowering many areas in the north below sea level. The government has admitted that it will need to spend billions of dollars on flood defenses in the coming decades to prevent whole swathes of the city from becoming uninhabitable.

Widodo said that he has asked for a feasibility study for the new capital site to be completed by August. The relocation would take place in 2024, when the president's second term ends.

The current front-runner for the new location is rumored to be Bukit Suharto, an undeveloped forest in East Kalimantan, which sits at the midpoint of a key toll road that runs between the state's two largest cities, Samarinda and Balikpapan.

This is not the first time that an Indonesian president has attempted to move the capital. The country's first post-independence president, Sukarno, wanted to decouple Indonesia from its colonial past. He established a special committee in 1947 to explore a move away from the city, which retained its Dutch name of Batavia until 1949. However, the logistical challenges proved too difficult and the idea was shelved.

Sukarno's successor, Suharto, and Widodo's predecessor, Susilo Bambang Yudhoyono, also both publicly discussed the idea. But Suharto's plan was abolished when he stepped down from power in 1998, while Yudhoyono could not conjure up enough budget to get the project off the ground.

The Ministry of National Development Planning has said that this time nearly three-quarters of the bill for relocating the capital will be footed by the private sector.

Public-private partnerships have a checkered history in Indonesia, and there are many obstacles beyond simple cost to such a huge undertaking. But some analysts believe in Widodo's ability to deliver on massive projects.

"Jokowi is able to execute things that his predecessors were not able to," said Deden Rukmana, urban planning professor at Alabama A&M University. "This capital relocation could be one of his biggest legacies for Indonesia."