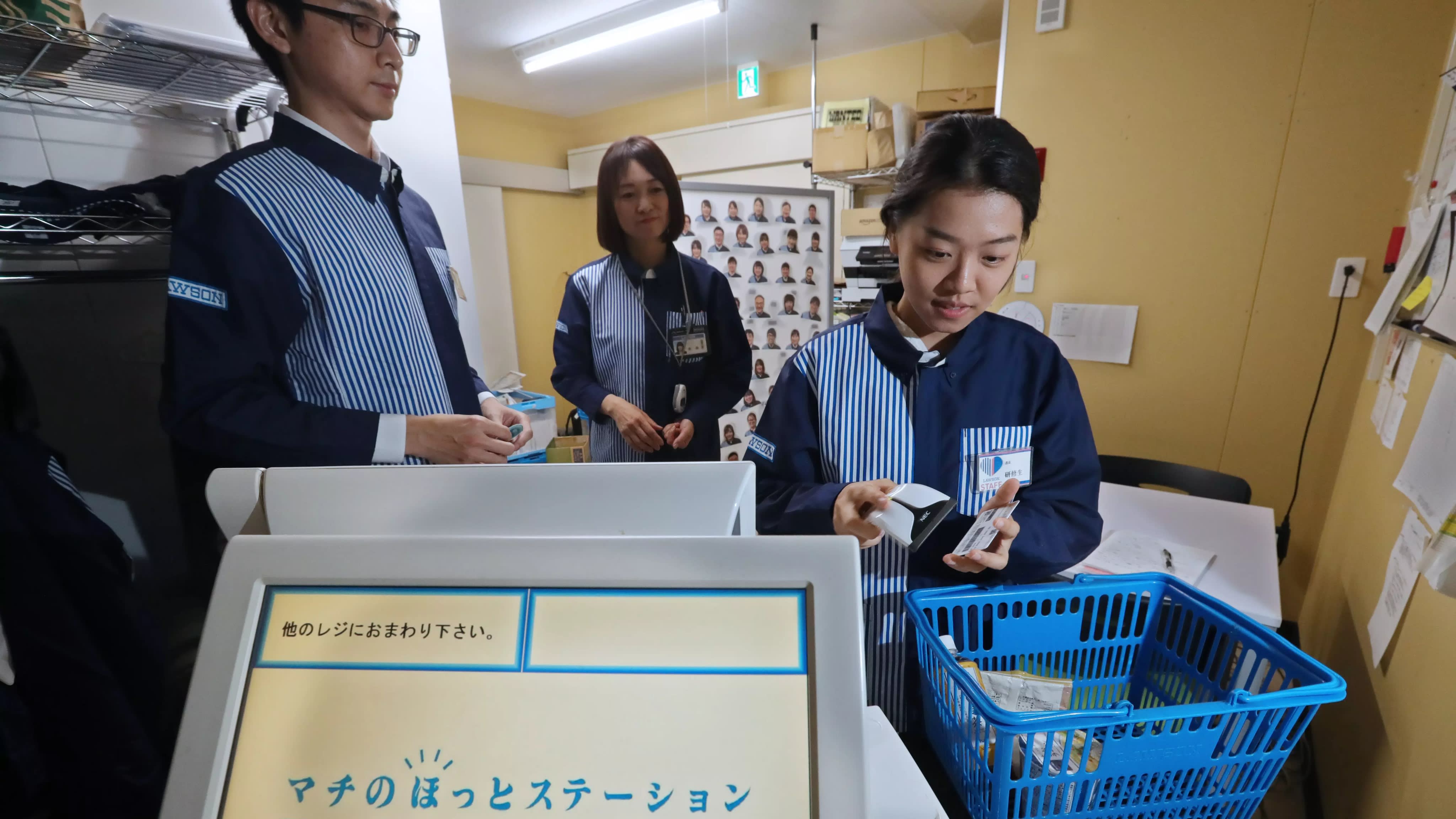 Convenience stores and delivery companies are among the biggest beneficiaries

TOKYO -- If you shop at any one of Tokyo's 7,000 or so convenience stores, chances are you will be served by foreign students -- most likely from China, Vietnam or Nepal.

In a Lawson store in the downtown Tokyo district of Shinjuku, Vietnamese clerks were serving customers in the front of the store while four students -- two each from China and Taiwan -- were practicing how to interact with Japanese customers in the back room.

"Hello. Thank you for shopping with us. Do you have a point card?" Kuo Hsin I, a 22-year-old student from Taiwan, recited from memory as she handled mock merchandise. "Three items cost a total 328 yen. Would you like chopsticks? Here's your change of 672 yen and your receipt. Thank you very much. We look forward to serving you again." A Japanese trainer stood by, checking the time. "It took only 48 seconds this time. Well done!"

Kuo is one of the approximately 260,000 foreign students working part-time in Japan. Under the country's immigration law, foreign students are allowed to take any job as long as they do not work more than 28 hours a week, making them an increasingly important part of the labor force.

Lawson, Japan's second-biggest convenience store chain by market share, employs some 10,000 foreigners -- mostly students -- as part-timers, out of its total part-time workforce of 190,000. And the company expects to hire more in the coming years.

"Their role is only going to grow as foreign visitors are expected to increase toward the 2020 Olympics," said Hiroyuki Chiba, human resources manager at Lawson.

Rival Seven-Eleven, Japan's biggest convenience store chain, employs some 28,000 across the country, while No. 3 player FamilyMart has around 10,000.

Demand for foreign students is not limited to the retail industry. Gusto, a chain of family restaurants, employs about 600 foreign students, while parcel delivery company Yamato Transport uses students to sort parcels at distribution centers. Yamato declined to say how many students it employs or to provide any other details.

For language school students, Lawson offers the flexibility to work between classes as well as an opportunity to use Japanese. There are better-paying jobs, but they often require working unsocial hours or doing monotonous factory work that offers little if any human interaction. Those who take such jobs can end up spending all night working and missing class during the day, only to return home after two years without having picked up any Japanese.

On the day the Nikkei Asian Review spoke with him, he arrived at the Lawson shop sweating. To save money, Zhang bikes 5km from home, even though the company pays for his transportation. He says public transportation in Japan costs double what it does in China.

A fan of Japanese anime, Zhang said he wants to go on to college and get a job with a Japanese movie company. Visa restrictions mean that foreigners attending language schools can stay in the country for only two years. If they want to stay longer, they have to go on to college or technical school.

"My parents are paying for my education, but I'm already an adult and can't keep living off of them," Zhang said.