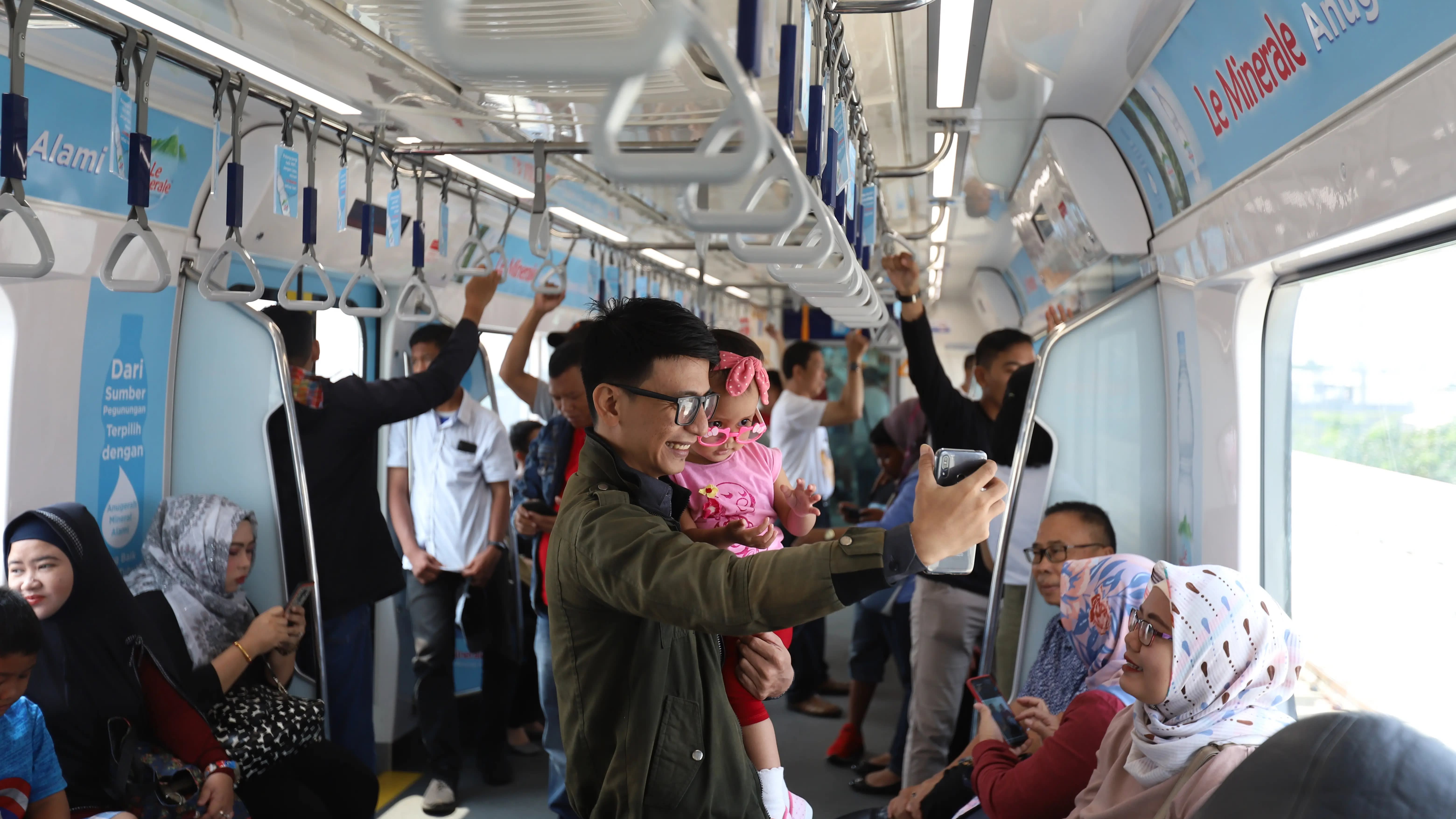 New metro line is a win for president, but debt concerns linger

JAKARTA -- With less than a month to go before election day, a grinning President Joko Widodo stood inside a jammed subway car and touted the opening of Indonesia's first-ever metro network, the Jakarta MRT.

"I think this is a new culture, a new civilization that we must start to make a habit of," the president said on the packed, fast-moving train.

The new line is only about 16 km, but it nonetheless marked a victory for Jokowi, who as Jakarta's governor revived a rail plan that had been stalled for some 30 years. Tens of thousands of passengers are already streaming through the barriers daily.

It is meant to be the first leg of a modern commuter rail network for Jakarta, which suffers some of the worst traffic congestion in Southeast Asia. The Indonesian government estimates that gridlock costs the city up to 65 trillion rupiah ($4.6 billion) a year. A second phase of the metro, which will stretch a further 8.1 km to North Jakarta, is expected to start running in 2025.

Widodo came into office in 2014 promising an estimated $340 billion worth of infrastructure projects, but his progress has been patchy. He has overseen openings of numerous air and sea ports and claims to have extended the length of toll roads in the country by 436 km. But a Chinese-led high-speed rail link between Jakarta and Bandung, Indonesia's third largest city, has been stalled over paperwork and permit issues.

Even completed projects have drawn criticism: A light rail transit network in Palembang has been ridiculed by Indonesians for its limited capacity, and the Trans-Java toll road is underutilized because its high fees deter users.

Indonesia has long suffered from a chronic lack of connectivity between its 17,000 islands, and logistics costs amount to as much as 25% of GDP -- the highest ratio in Southeast Asia as of 2016, according to the Asian Development Bank.

Some have raised concerns about rising debt at the state-owned enterprises responsible for the infrastructure projects. Materials imports for the projects were blamed for Indonesia's widening trade deficit, as well as the plunge of the Indonesian rupiah, which hit 20-year lows through September and October last year.

"Financial vulnerabilities are rising at some SOEs," said a report on Indonesia by the Organization for Economic Cooperation and Development last year. "Rapid investment and higher leverage exposes SOEs involved with infrastructure projects to cash-flow difficulties, particularly if interest rates increase or projects are delayed."

All this has made Widodo's economic credentials an easy mark for the opposition. Prabowo Subianto and his team have attacked Widodo's economic record and blamed him for an alleged influx of 10 million Chinese workers to Indonesia -- a dubious claim that has reached many voters through social media.

"Jokowi has done good on the infrastructure and economy, but he's associating with China too much," said Fanny, a resident of West Java Province, home to the stalled high-speed railway project backed by China. "The impact of Chinese illegal workers is too obvious ... in addition of our large debt to China."

The government's pouring of resources into infrastructure has also fed discontent over uneven growth. "The infrastructure push only seems to benefit the businesspeople who support him, not the people at large," said Nur, a resident of Yogyakarta Province.

Josua Pardede, chief economist of Indonesian private lender Bank Permata, says the government should have educated the public on the long-term nature of infrastructure development.

"The impacts are not something that you can see in the next two or three years; it's for the long term," he said. "Infrastructure development is not a luxury; it is a necessity."