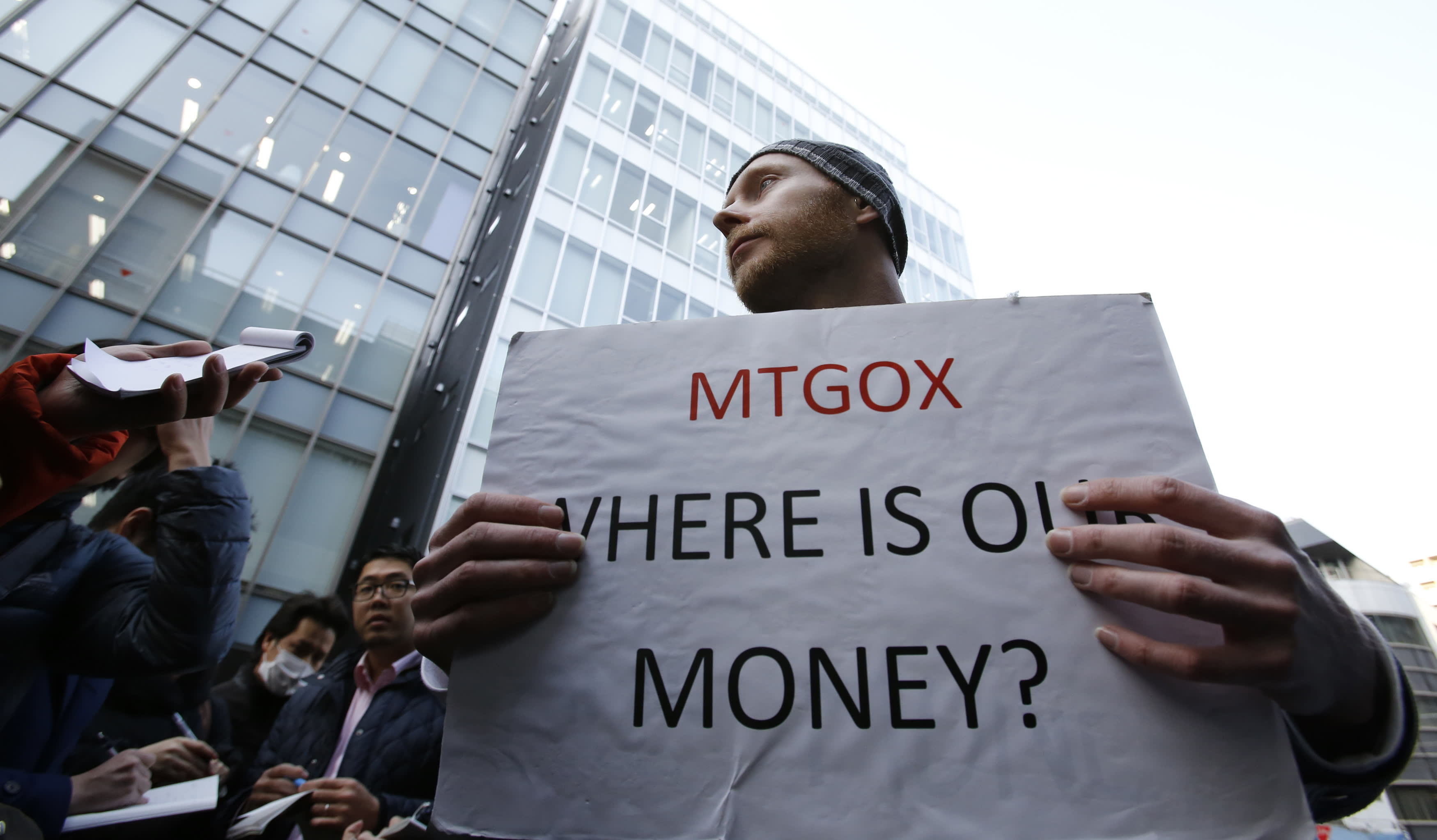 Japan, the site of one of the cryptocurrency world's biggest scandals in 2014, is leading the formulation of a regulatory framework.
Cryptocurrencies

Bitcoin is on fire in South Korea -- literally. On Dec. 8, firefighters in the eastern city of Gangneung encountered a most curious blaze: a motel basement crammed with hundreds of computer servers and overloaded electrical outlets.

Local authorities are investigating who is behind the bitcoin mine, and how to avoid a repeat conflagration. But officials in Seoul are well ahead of them, rushing to douse an asset bubble the likes of which they have never seen. The Ministry of Justice is mulling a total ban on cryptocurrencies and digit tokens.

Korea joins other major Asian economies scratching their heads over how to approach the world's hottest investment, one devised precisely to circumvent government regulation. China, Hong Kong, Indonesia and Vietnam are hitting the brakes even as bitcoin makes a triumphant debut in the U.S. and its value surges toward $17,000, up from $1,019 at the start of the year.

Beijing has been cracking down on cryptocurrency exchanges all year. In September, the central bank made initial coin offerings illegal. The burning debate in Seoul is a timely microcosm of the cryptocurrency dilemma.

Regulators worry bitcoin mania will end disastrously for investors. At the same time, Korean Finance Minister Kim Dong-yeon has a point when he calls cryptocurrencies a potential growth engine and says Seoul should grab a piece of these "big revenue sources." The potential advantages might be particularly significant in Asia -- in comparison with North America and western Europe, the region is short of risk capital to catalyze a startup boom needed to create new jobs and wealth and increase competitiveness.

This tension points out the two main issues concerning bitcoin. One, the potential applications for blockchain technology are real and serious. Two, the valuations are not.

Let us take the valuation dilemma first. Louis Gave of Gavekal Research puts it like this: "While Amazon today also boasts a chunky market cap of US$560 billion, it took two decades to get there, rather than a single year."

Tencent, it follows, justifiably boasts a market capitalization of $488 billion because hundreds of millions of Chinese obsessively play online games like "Honor of Kings." Starbucks is worth $84 billion because consumers around the globe are fine dropping $5 on a coffee. Is bitcoin enough of a game-changer to justify a market cap of $282 billion, exceeding Toyota and SoftBank combined in so short a period? Hardly.

Do not forget, too, that the launch of bitcoin futures poses its own risks to the basic cryptocurrency rationale. "It brings them out of the shadows and into the open," argues Hong Kong-based Gave. "But the open may not prove the warm and friendly place that the current bitcoin price seems to anticipate. However one cuts it, bitcoin futures trading will now change the nature of the bitcoin bubble, with possible wider ramifications that extend far beyond the world of a few techno-geeks exchanging virtual baseball cards with one another."

That gets at the other key issue -- separating froth from reality. Policymakers are right to counsel sobriety and mull regulation options. The best way forward is pulling cryptocurrencies into the regulatory system without deadening their utility and unique attributes. Quite a balancing act, and one that will not be without controversy. Yet even bitcoin purists have to concede this option is preferable to central banks throughout Asia banning their use.

For now, this puts Japan in the driver's seat. Tokyo was the site of one of the cryptocurrency world's biggest scandals, the 2014 disappearance of roughly 850,000 bitcoins from the Mt. Gox exchange. Even so, Tokyo is leading the formulation of a regulatory framework. A law passed in April mandates that bourses and the listed currencies and tokens that trade be registered with Tokyo's Financial Services Agency.

Seoul should follow suit, lest it miss out on the blockchain revolution minting new startups around the globe. The fintech boom, for example, is increasingly incorporating blockchain capabilities into payment networks. Seoul should erect a trading infrastructure that protects investors and keeps it in the global game.

That is easier said than done. Asia has not yet arrived at a collective definition of what this "digital gold" is. Currency? Commodity? Transaction settlement tool? Ponzi scheme? New religion?

There is, after all, no stream of income or collection of assets attached to ownership of bitcoins. As Sydney-based economist Stephen Koukoulas observes: "The fact bitcoin is priced in fiat currencies undermines its reason for being." Given the absence of measurable fundamentals, bitcoin futures bet on a certain price that, well, does not exist. How, then, do Asia's retail investors know where the "market" settled on a given day?

One should never invest in what one does not understand, Warren Buffett has long proselytized. In 2014, the famed value investor called bitcoin a "mirage" and said "stay away from it." In October, Buffett warned of a "real bubble" and said "you cannot value bitcoin because it is not a value-producing asset."

Buffett is an intriguing benchmark. Years before the 2008 crisis rocked the world, he derided derivatives as "financial weapons of mass destruction" -- and was called a dinosaur for not grasping their magic. George Soros raised similar concerns. Post-2008, it was clear no one else really understood the risks of those leveraged contracts. Today's challenge is taming a market in which the herd is racing ahead of basic wisdom, without losing the longer-term plot.

Bubbles come and go, but the use of digital ledgers will grow. Asia wants to be on the right side of the epic disruption to come, and to share the economic spoils. It is about finding a balance -- harnessing the world's hottest investment trend without getting burned.