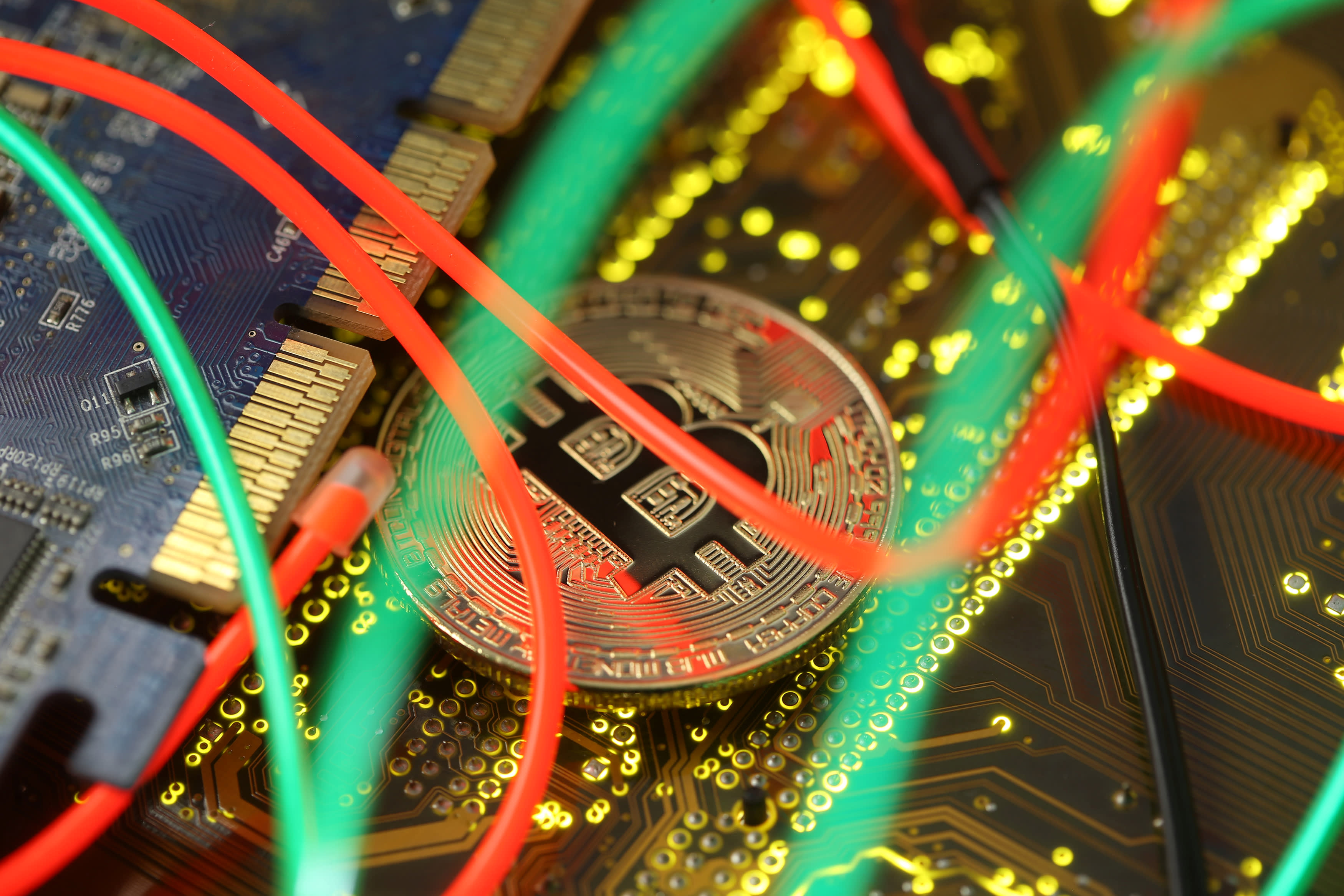 The price of bitcoin has fallen more than 80% since its peak in December    © Reuters
WATARU SUZUKI, Nikkei staff writerNovember 26, 2018 21:32 JST | Japan
CopyCopied

TOKYO -- Bitcoin suffered its biggest weekly loss for the year amid a string of regulatory setbacks, posing fresh challenges in broadening the appeal of cryptocurrencies.

The price of bitcoin fell to $3,447 on Sunday, its lowest level since last September, according to CoinDesk, bringing the fall for the week to 30%, its biggest seven-day slide this year.  On Monday, it pared back some of the losses, trading at around $4,000 by afternoon trading in Tokyo, less than half the $8,400 achieved in July.

The price of other cryptocurrencies like Ethereum and Ripple also fell, wiping billions of dollars of value from the asset class. The total market capitalization of cryptocurrencies stood at some $130 billion on Monday, down from their peak of nearly $800 billion in early January, according to CoinMarketCap. Bitcoin accounts for about half of total value.

Bitcoin, created ten years ago as a digital currency that was not controlled by a central authority, gained attention among investors and regulators around the world after its price surged late last year. The recent slide has mostly wiped out gains from the rally, which peaked in December with the price reaching $20,000, an indication of how cryptocurrency has failed to find real use cases to grow beyond a speculative asset class.

Analysts attributed the recent fall to a string of setbacks. One is a "hard fork," an industry jargon used to describe a split of the currency into two versions. In mid-November, the cryptocurrency called Bitcoin Cash split, diverting attention away from the original bitcoin. 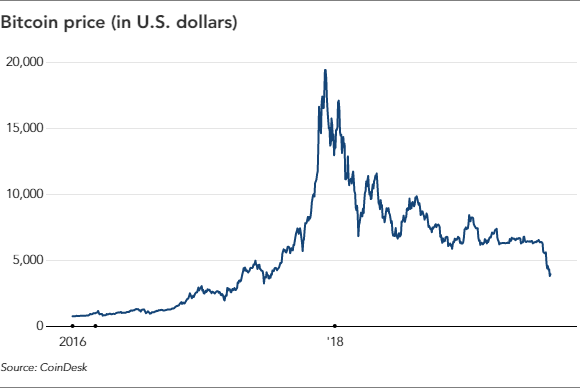 The lack of regulatory advances has also dampened prospects for investors. Bakkt, a unit of Intercontinental Exchange, recently delayed the launch of a bitcoin daily futures contract until January. The product was seen as a potentially boosting interest among large institutional investors, who had been wary to put money into a volatile asset class.

"While we don’t see prices falling below the September level, there is a lack of major catalysts in the near future," said Shuhei Fujise, chief analyst at Tokyo-based cryptocurrency consultant Alt Design.

Fujise added that the price decline has made mining -- the activity of creating bitcoin by using computing power to solve complex math problems -- no longer profitable in many parts of the world, as electricity and other costs became larger than the profit they gain from discovering bitcoin. Before the slide, bitcoin hovered at around $6,000 for months because it was the average break-even point for miners, according to Fujise.

Now, the decline is casting a shadow over major funding plans for the coming months.

Analysts have warned that China's Bitmain Technologies Holding and Ebang International Holding, the two largest bitcoin mining equipment makers in the world, may delay their plans to float their shares on the Hong Kong stock.

In Japan, the decline may further cool investor confidence at a time when major companies are entering the industry following a series of hacking scandals at smaller players. Rakuten, the e-commerce juggernaut, in September announced plans to acquire a cryptocurrency trading company.

Companies running cryptocurrency related businesses have already been hit hard. Shares of Japan’s Remixpoint, which operates an exchange through a subsidiary, fell more than 30% since the beginning of the month.