Limits as low as 2 to 1 considered to protect users 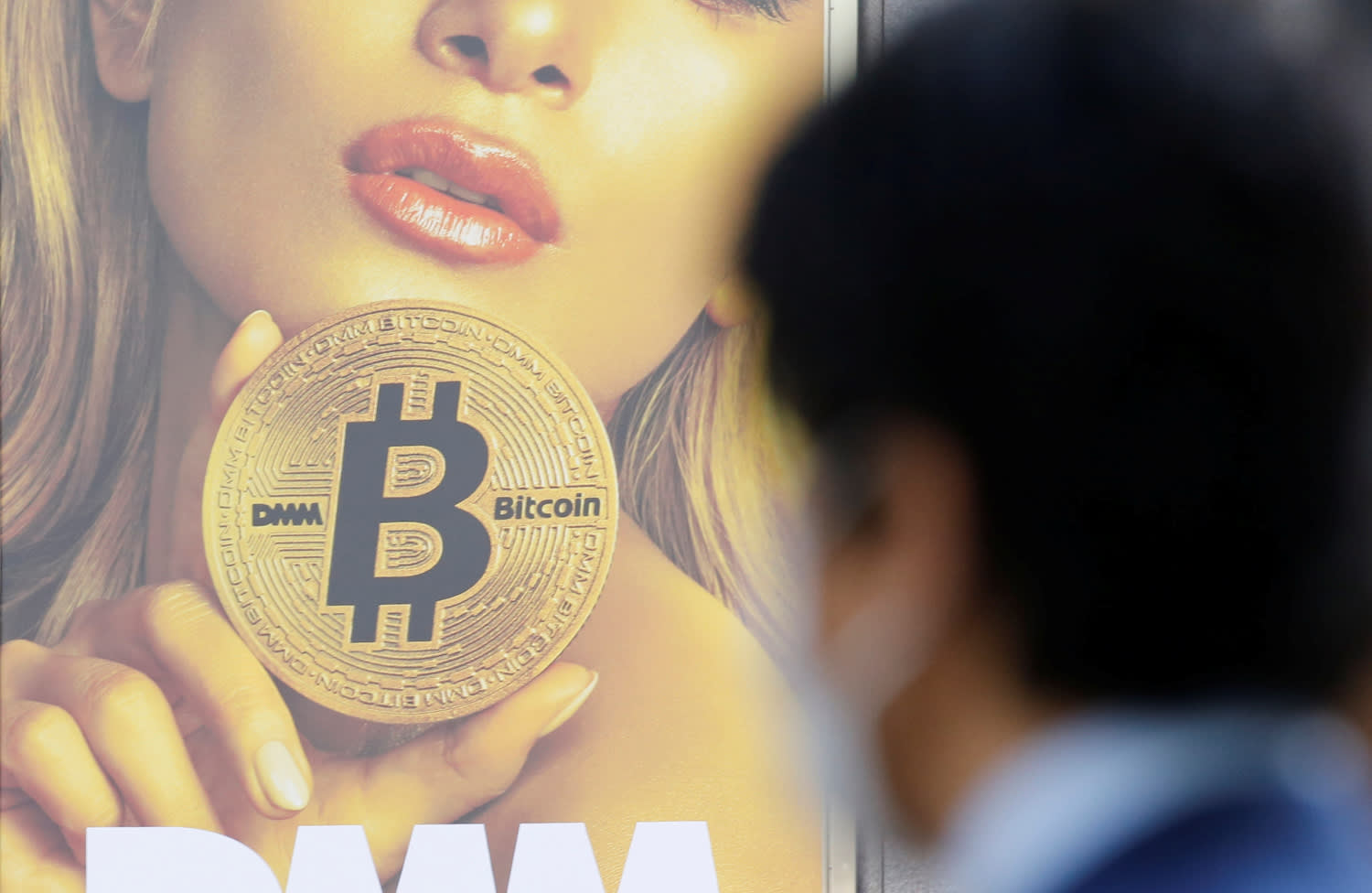 An ad in Tokyo for a cryptocurrency exchange. Japan's regulators are considering stricter limits on margin trading of such instruments.   © Reuters

Cryptocurrency marketplace operators must register with the FSA, but no clear regulations govern the transactions themselves. Certain exchanges voluntarily cap leverage at 25 times the deposit, as with the rule for foreign exchange margin trading. For cryptocurrencies, many experts are proposing caps between 2 and 4 times.

About 80% of Japan's 69 trillion yen ($613 billion) in cryptocurrency transactions in fiscal 2017 were conducted through margin trading, according to the Japan Virtual Currency Exchange Association. Seven of the 16 FSA-registered operators provide margin-trading platforms, including bitFlyer and bitbank. BitFlyer has drawn investment from QUICK, a Nikkei group company.

Many have said the leverage cap should be lower for cryptocurrencies, given their high volatility. Leverage of 25 times enables trading of 5 million yen in a cryptocurrency with a deposit of 200,000 yen. A 4% decline in the cryptocurrency's value would wipe out the value of that deposit.

An FSA panel including experts will discuss new rules for possible legal changes.

The agency is responding to the many concerns expressed by users. With the massive theft of bitcoins from Coincheck early this year, the FSA received 218 inquiries from January to March about problems. For the July-September quarter, such inquiries more than quintupled on the year to 68.

Problems like a system outage that blocks users from placing orders are critical in margin trading, when even small changes in prices lead to amplified gains or losses.

The JVCEA, a self-policing industry organization created after the Coincheck hack, sets a leverage limit of 4 to 1. "This is just a provisional measure -- I don't think a ratio of 4 is adequate," said Taizen Okuyama, the Money Partners Group president who heads the association.

The FSA recognized the association as a self-regulating body on Wednesday, acknowledging the effectiveness of its screening and oversight processes. The association bans trades of virtual currencies when money laundering or insider trading is suspected. It will monitor members and penalize violators, working hand in hand with the FSA.