Beijing-led economic zone would be immune to Western sanctions 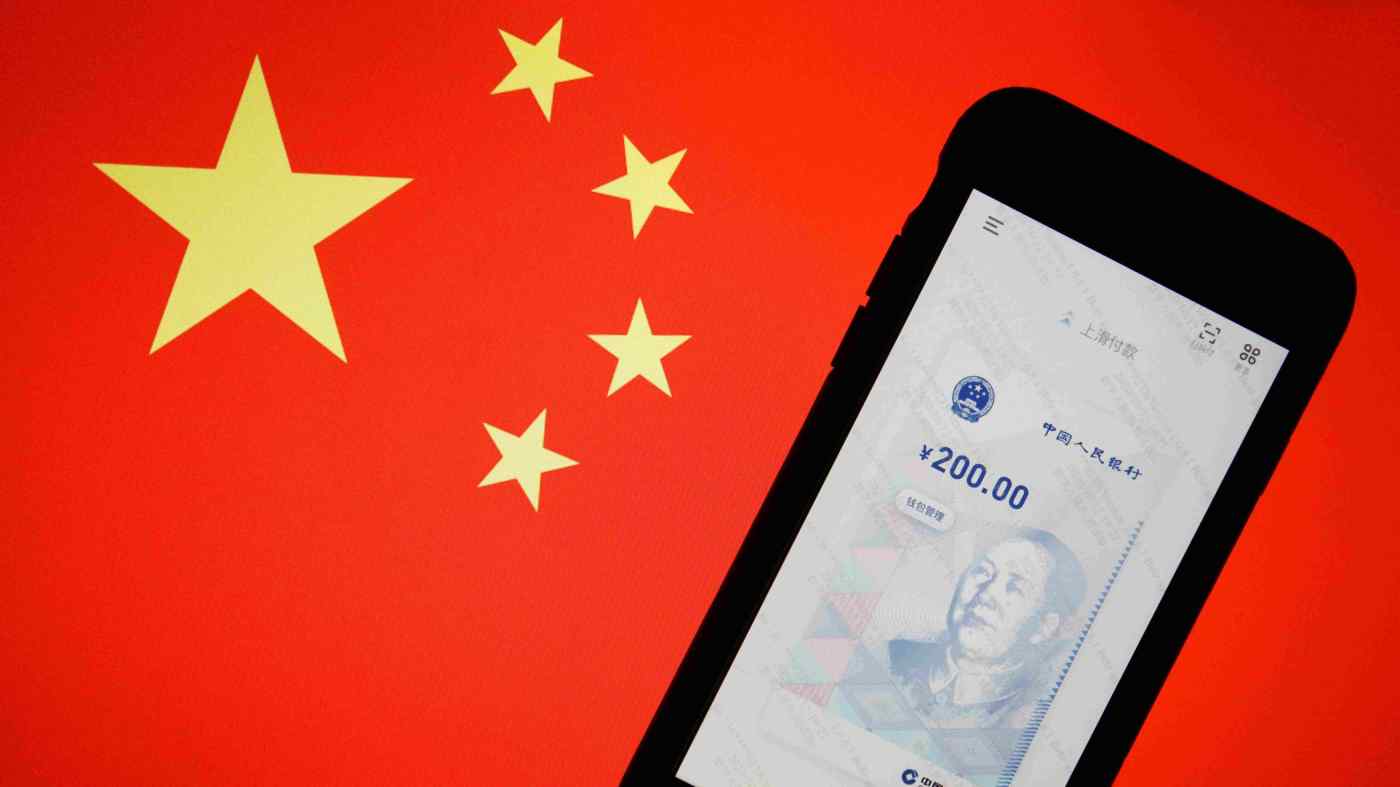 The G-7 finance ministers, who kicked off a two-day meeting in London on Friday, will sort out potential issues arising from state-issued digital currencies, with the aim of announcing new rules as soon as this fall.

China's aggressive push to issue a digital yuan has raised concerns that it could give rise to a new economic zone centering around nations taking part in its Belt and Road infrastructure initiative. Such a framework could undermine the current currency system based on the U.S. dollar.

China has issued the digital version of its national currency last October as part of a large-scale pilot program. The government plans to officially bring the currency into circulation by the end of next year.

If such a digital-yuan economic zone becomes a formidable presence, Western sanctions, such as blocking transactions in dollars or other key currencies -- a typical tool of punishment for countries that violate international rules -- would become toothless.

Furthermore, the Chinese government will have access to the digital yuan's transaction data. Not only would that infringe on data privacy, but it could be used as a tool to suppress speech and push out political opponents.

In their previous meeting last October, G-7 financial ministers and central bank governors released a joint statement calling for transparency and the rule of law for such currencies.

Seven central banks in Western nations and Japan have formed a joint research group with the Bank for International Settlements that has outlined foundational principles for central bank digital currencies. For one, "a central bank should not compromise monetary or financial stability" by issuing digital money. G-7 countries will further elaborate on those principles during the London meeting.

Central banks in advanced nations are also formulating specific plans for their own digital currencies. The Bank of Japan launched a pilot program in April to test transactions using a digital currency.

The European Central Bank will likely make a decision in the coming months on whether to launch its own test program. Last month, the U.S. Federal Reserve said it would issue a research paper this summer on issuing a digital currency.

This G-7 meeting is the first face-to-face gathering of finance leaders since the Group of 20 meeting of financial chiefs in Saudi Arabia in February 2020.