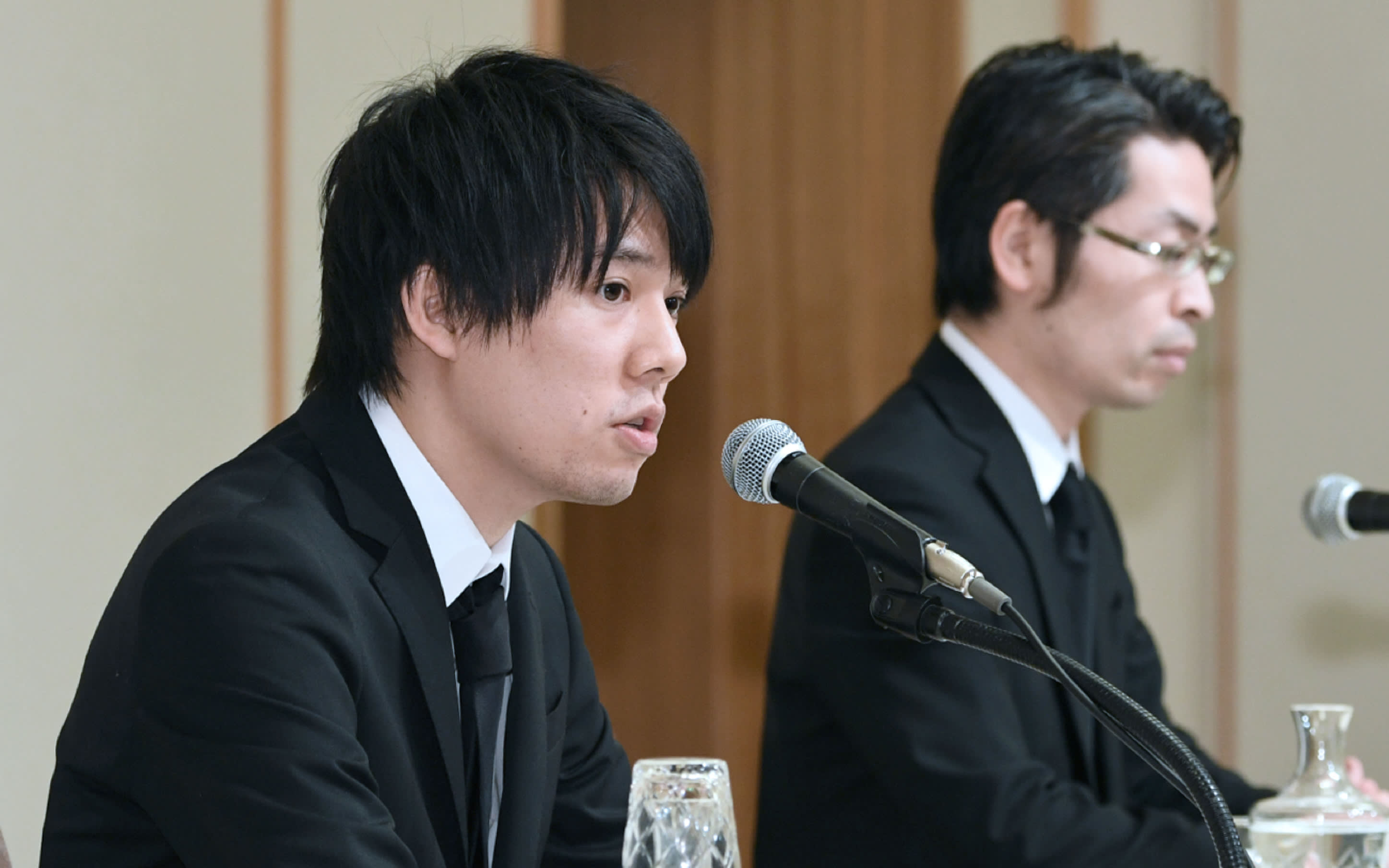 Coincheck President Koichiro Wada (left) and Chief Operating Officer Yusuke Otsuka at a news conference on Thursday. The company announced that it will repay 46.6 billion yen to victims of the January NEM virtual currency heist.   © (Photo by Yoichi Iwata)
Cryptocurrencies

Announces payback of 46.6bn yen is "in line" with February announcement

TOKYO -- Embattled Japanese cryptocurrency exchange operator Coincheck announced on Thursday that it will start repaying victims of the January NEM virtual currency heist from next week.

Some 58 billion yen ($547 million) worth of NEM at then-rates, held by about 260,000 people, was stolen from the exchange in late January. The theft forced Coincheck to stop almost all services and make repayment plans.

The exchange will compensate the victims in Japanese yen, which will be "reflected in their Coincheck accounts starting from next week," the company's Chief Operating Officer Yusuke Otsuka said at a news conference in Tokyo on Thursday.

The company said in mid-February that it had "set aside funds" from its own capital to repay 46 billion yen, drawing criticism from NEM holders, who complained that the amount was lower than the amount stolen.

Otsuka said the repayment plan "will be in line" with the February announcement, and will pay 88.549 yen for each of the 526 million NEM currencies stolen. This will amount to a payback of approximately 46.6 billion yen.

Coincheck was given its second business improvement orders from Japan's Financial Services Agency on Thursday.