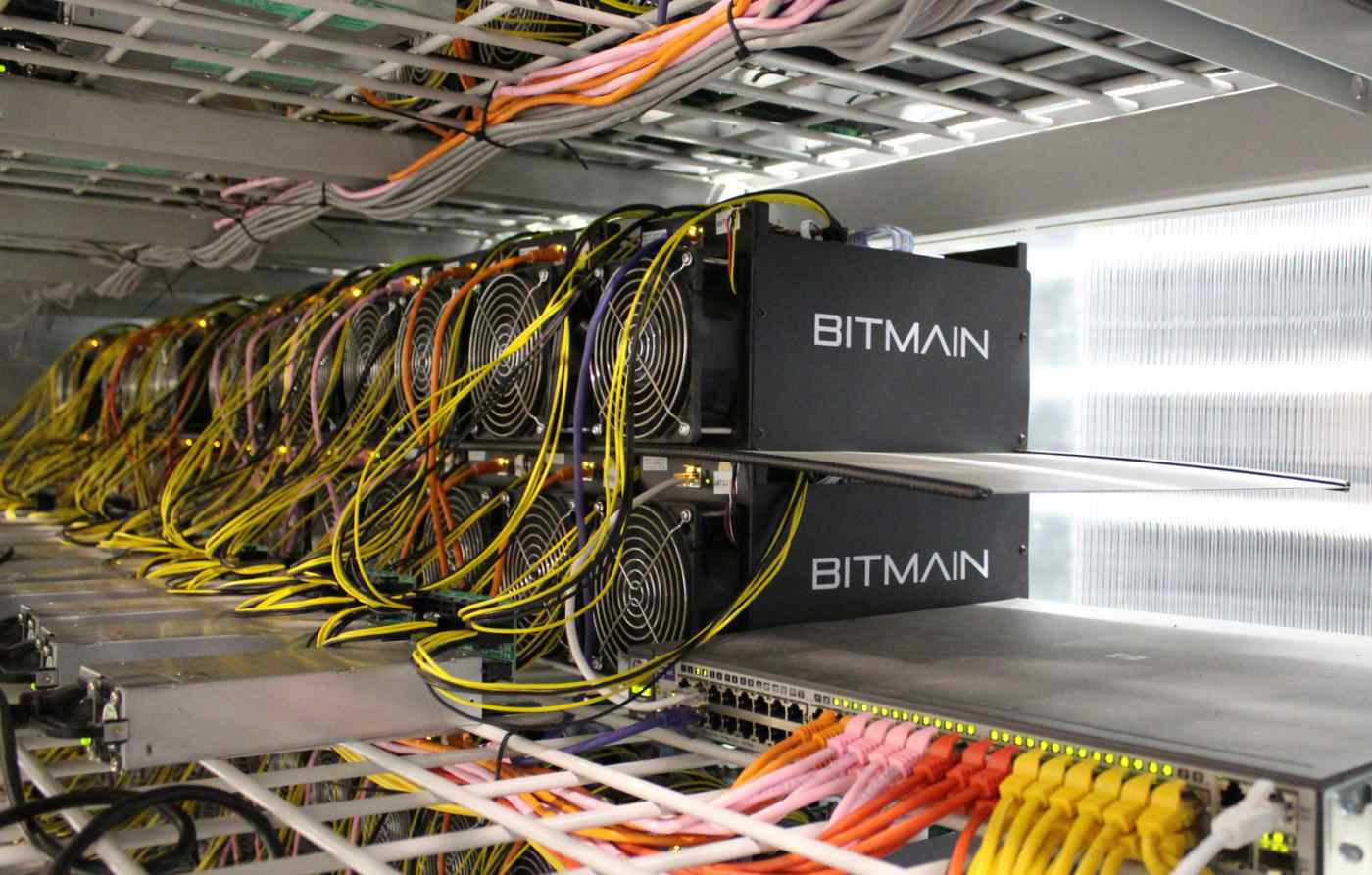 HONG KONG -- Even as prices for bitcoin and other cryptocurrencies continue to stumble, the world's top three makers of the hardware used to create more virtual money are all preparing to list in Hong Kong.

While their timing could have been better, initial public offerings for the three Chinese companies -- Canaan, Ebang International Holdings and Bitmain Technologies -- would give them capital to try to develop new business lines, with artificial intelligence in particular a key target. The listings would also give their existing shareholders an opening to sell down their stakes in case conditions deteriorate further in the crypto or stock markets.

"It is unclear whether the crypto market will recover or whether its best days are already behind it," said Zennon Kapron, founder of Shanghai-based financial technology research and consulting firm Kapronasia. "Rather than waiting to see what will happen next, it might make more sense doing an IPO right now."

Indeed, clouds over the equipment companies' market continue to darken. China, where their sales are overwhelmingly concentrated, has in recent weeks stepped up its crypto crackdown. "There is nothing that is crypto-related that is not controversial in China right now," Kapron said.

WeChat, the popular messaging platform from Tencent Holdings, has been pressured to shut down crypto-related chat groups. Beijing and other municipal governments have announced bans on the holding of crypto-related events. Alipay, the payments app linked to Alibaba Group Holding, and peer WeChat Pay have banned account holders from using their platforms for crypto-related purposes.

Crypto mining, the computer-based process of running calculations whereby more cryptocurrency is generated, has also begun coming under pressure in China. In Xinjiang, a western border region whose cheap electricity prices had attracted many miners, authorities recently limited the electricity supply for crypto purposes, according to a document seen by the Nikkei Asian Review.

"It is quite likely that we are entering a sustained bitcoin bear market," said Leonhard Weese, president of the Bitcoin Association of Hong Kong. "This will squeeze margins for manufacturers and miners and limit demand for new machines."

"Whoever [gets] the most cash has the best chance to starve its competitors and emerge as the sole manufacturer in the next bull market," he said. "The IPOs are largely needed to fill the war chest."

It is not yet clear when any of the three Chinese crypto hardware companies will actually list. Canaan, the No. 2 hardware seller, filed its IPO application in May. No.3 Ebang put in its paperwork in June. Neither has moved further in the IPO process since.

Larger rival Bitmain, which also has its own cryptomining operations, was reported to have been preparing to submit its IPO application this month, but declined to comment. The Financial Times reported that the company was seeking to raise up to $1 billion in pre-IPO financing.

Meanwhile cryptocurrency exchange Huobi moved in late August to acquire a market listing through a 586.37 million Hong Kong dollar ($74.76 million) deal to buy control of Pantronics Holdings, an electronics company traded on the Hong Kong exchange. Shares of Plantronics are now up 30% from where they were before the offer from Huobi, which moved its headquarters last year from China to Singapore.

The companies have not released any financials for 2018 yet, but signs of a downturn are evident. Bitcoin has lost more than two-thirds of its value since peaking last December at close to $20,000. Other cryptocurrencies are down as much or more. That crash is forcing the companies to look elsewhere. Crypto-related sales accounted for 94.6% of Ebang's revenues last year while Chinese customers represented 96.2% of its revenues.

Figures for Canaan were similar. "Our future revenue growth will depend largely on our ability to expand beyond" crypto equipment, Canaan said in its preliminary prospectus.

All three equipment companies talk of selling their specialized chips for artificial intelligence applications, which Bitmain has already begun to introduce. Canaan's filing also talks of the potential of cloud computing and cybersecurity applications. Ebang, which had focused on telecommunications chips before going big on crypto mining, is trying to develop chips for 5G mobile applications.

Mark Li, a semiconductor research analyst with investment company Bernstein, is dubious about the crypto equipment makers' AI prospects. "The technical know-how required to design an AI chip is different from what they know from mining chips," he said. "I don't think it is easy to switch."

But some see potential interest in the Hong Kong IPOs, should they go forward. Arieh Levi, tech analyst at venture financing research company CB Insights, said: "There is a subset of investors that would like to gain exposure to cryptocurrency markets by investing in ancillary [businesses] and supporting verticals, including mining chip companies."