Cryptocurrencies lose shine as costs go up and transactions fall 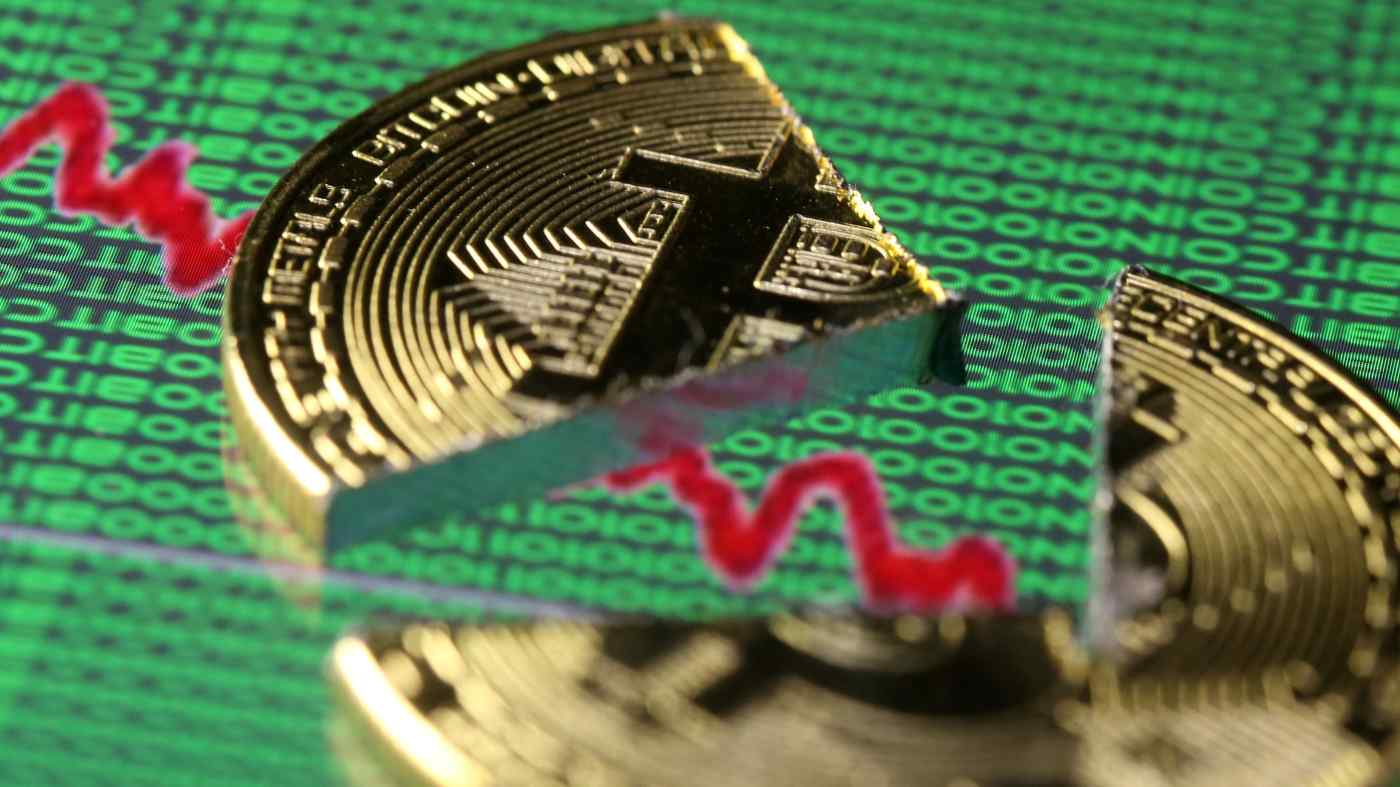 TOKYO -- Six months since the $530 million heist at Coincheck, Japan's cryptocurrency exchanges are still reeling from the hit to their reputation and additional costs now required to prevent something similar from happening again.

Monex Group on Friday reported a pretax loss of 259 million yen ($2.33 million) in its Crypto Asset segment for the April-June quarter, a result of its acquisition of Coincheck after the heist. This was a far cry from Coincheck's results for the fiscal year ended in March, which were buoyed by an operating profit margin of 86%.

"We want to bring back that earning power over the long run," Monex CEO Oki Matsumoto said.

Part of the decline came from investors fleeing cryptocurrencies. Bitcoin's daily trading volume currently comes to around $5 billion, according to New York-based cryptocurrency data provider CoinMarketCap -- a sharp plunge from last year, when the figure would sometimes top $20 billion. Coincheck has suspended most of its operations since the theft.

Meanwhile, the cost of security and compliance continues to grow. "We've had to invest more on cybersecurity," Matsumoto said. The fight over compliance professionals is heating up as well, with the exchange bitFlyer recently poaching a manager from Matsui Securities.

The Financial Services Agency probed all of Japan's cryptocurrency exchanges following the Coincheck heist. Seven registered companies have been ordered to boost oversight, while another five allowed to operate while seeking official registration were ordered to suspend operations and devise stricter oversight measures.

Many unable to comply with the agency's requests have voluntarily left the business. Only three of the unregistered exchanges, including Coincheck, are trying to get back into the game.

The industry is making efforts to rebuild its reputation. The Japan Virtual Currency Exchange Association launched in April, with an eye toward establishing voluntary rules to prevent money laundering and other illicit activities. It hopes to iron out specific rules at a meeting on Monday, and to announce the framework by the end of the summer.

But there is still a long road ahead. BitFlyer, for example, beefed up identity verification after the FSA demanded better money laundering prevention measures. But this caused delays to deposits and withdrawals from its accounts. Tech Bureau said it would suspend its cryptocurrency exchange app Zaif.

Transparency will be key for these companies to regain trust. Most exchanges do not make information like the number of accounts on their platforms public, unlike online brokerages, which disclose account totals and monthly trading volume.

Given the sluggish market for bitcoin, cryptocurrency exchanges no longer stand to reap easy profits. There are rumors that several are looking for buyers, a sign that the industry may be in for a major realignment down the road.