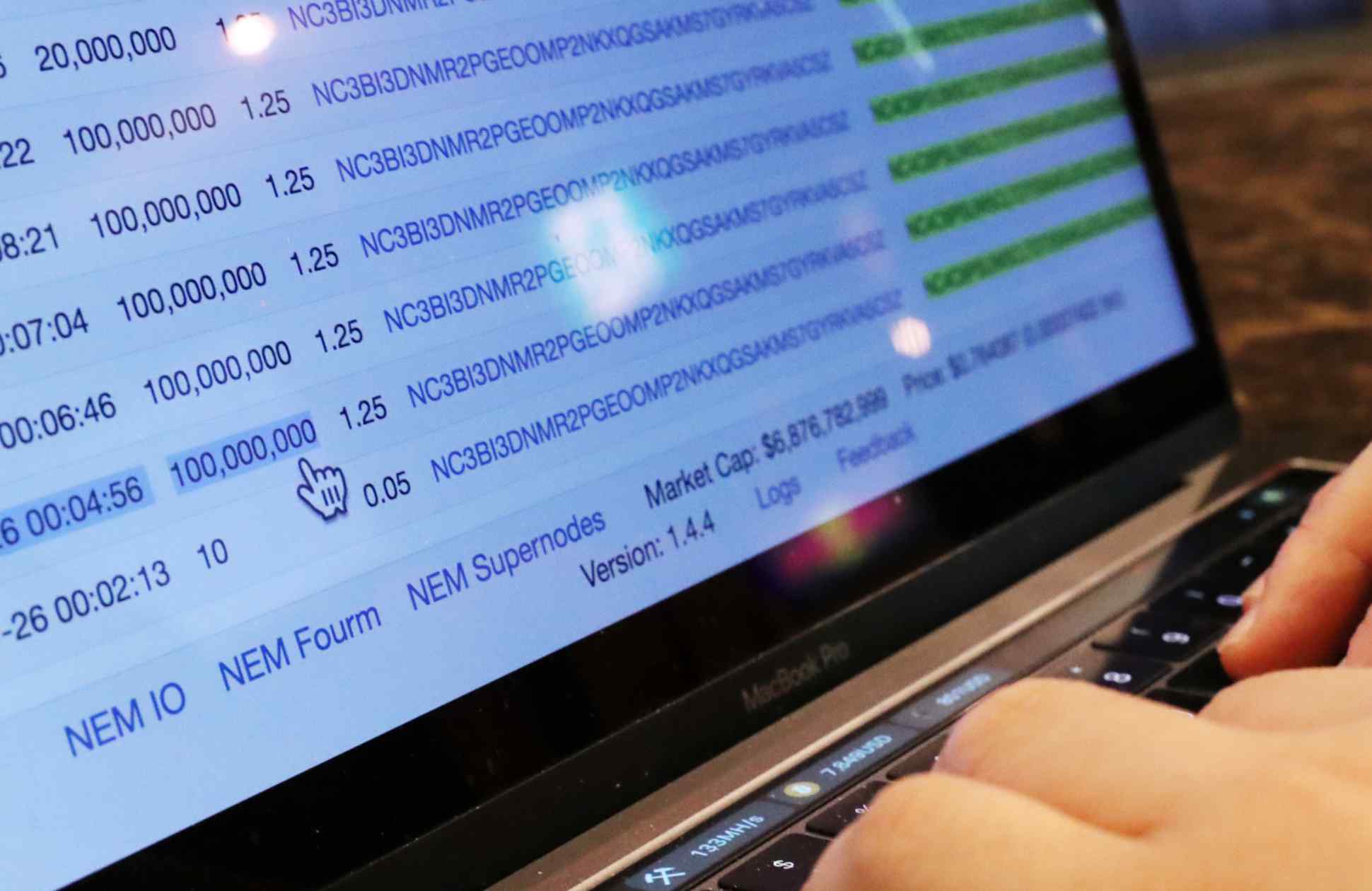 While the NEM snatched from Japan's Coincheck has been tracked to various accounts, not all such wallets can be linked to users. (Photo by Rie Ishii)
Cryptocurrencies

TOKYO -- The roughly 58 billion yen ($545 million) in virtual currency stolen from a Japanese exchange operator in January is no longer being traced, the organization behind the pursuit said Tuesday.

The NEM Foundation, which promotes the cryptocurrency of that name, said it had disabled as of Sunday the digital "mosaic" tracking tags it applied to the NEM taken in the Jan. 26 hacking attack on Coincheck. With most of the stolen funds apparently laundered into bitcoin and other virtual currencies, the group likely judged further monitoring would be fruitless.