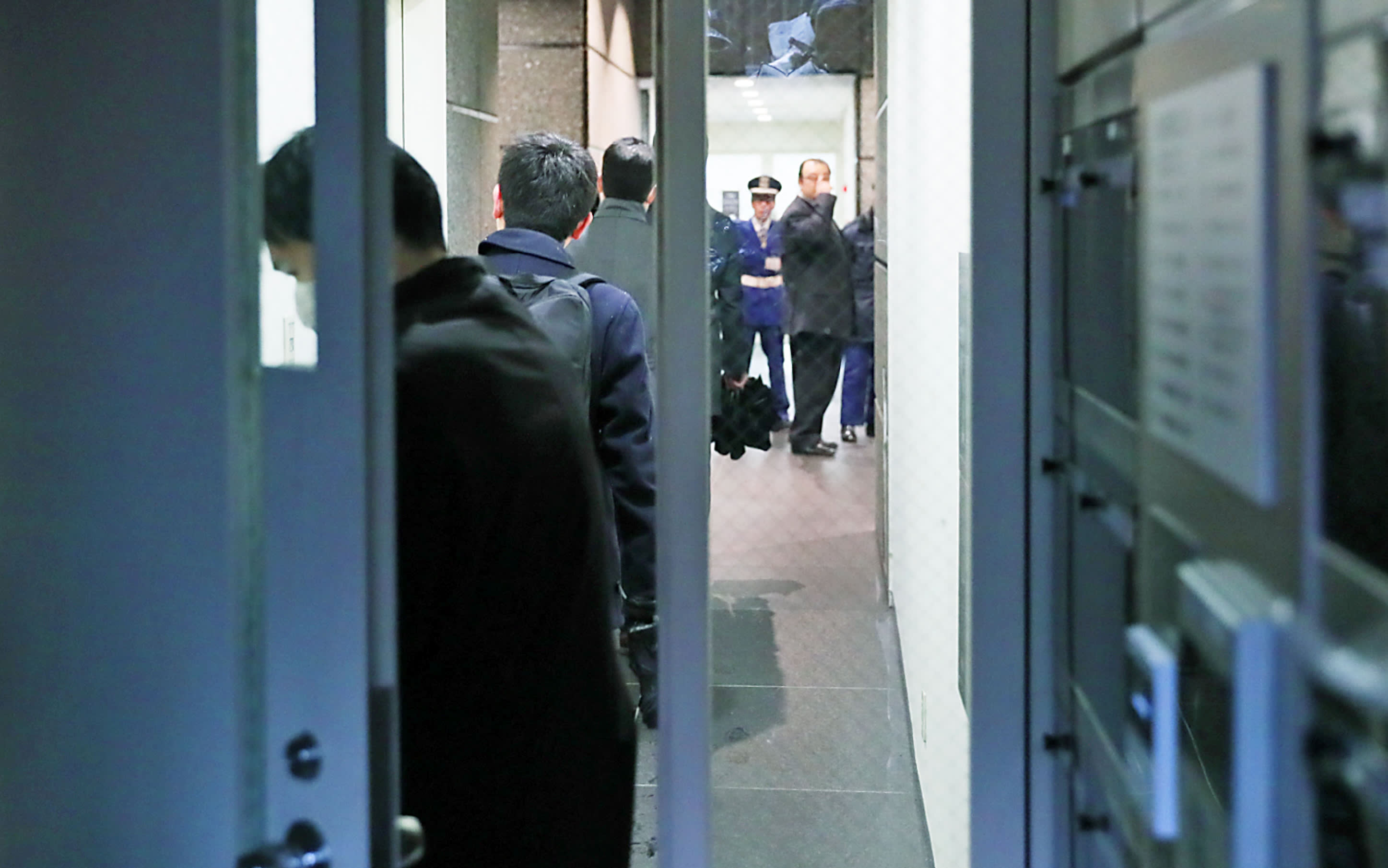 Coincheck is one of 32 companies that operate virtual currency exchanges in Japan. Only 16 of those are formally registered with the Financial Services Agency as required under a law that took effect in April 2017. The other half, including Coincheck, have been allowed to continue operating before registering because they predate the law.

After hackers stole 58 billion yen ($531 million) worth of virtual currency NEM from Coincheck's wallets Jan. 26, the FSA slapped the marketplace operator with an improvement order and launched a raid of its offices Friday.

Japan's other operators were asked to report on systems including asset management, corporate governance and security. More than one of these companies included vague details when reporting to the FSA or was found to manage assets in an insufficiently secure manner. Visiting in person will help regulators gain a fuller picture of these operations.

Raids on deficient companies will kick off Japan's push for stronger safety and security across the virtual currency industry. The scarcity of experts in internal auditing and cybersecurity raises concerns that companies will move slowly on improvements without scrutiny by regulators. The FSA is considering disciplinary measures including improvement orders for marketplace operators whose systems are found to be lacking.

As the market for virtual currencies expands, many operators have prioritized attracting new customers with convenient features such as instant withdrawals, letting security measures languish. Coincheck, for example, verified account balances only twice daily, making it difficult to detect improper access or other irregularities quickly.

Consumers also face difficulties in shopping around for safety, as whatever security measures the exchange operators take are often hidden from public view.