TOKYO -- A year after cryptocurrency exchange Coincheck suffered the worst hacking incident in the history of the industry, its founder, Koichiro Wada, attended a news conference to reassure the public that the startup had learned from the experience. But the 28-year-old engineer wasn't the one doing the talking.

Dressed in a dark suit, Wada sat quietly next to Toshihiko Katsuya, who replaced him as president of Coincheck after the startup was acquired by Japanese financial services conglomerate Monex Group in April.

"Monex has been in the securities business for 20 years," said Katsuya, who is also an executive at Monex. "By building in our knowledge, we have been able to raise [Coincheck] to a considerably high level."

Monex, which on Jan. 31 reported a 1.1 billion yen ($10 million) loss for its cryptoasset segment in the April to December period, is among a group of financial and internet services companies that have acquired troubled cryptocurrency exchanges over the past year. They are now scrambling to rebuild trust in the face of a prolonged decline in the price of bitcoin and other cryptocurrencies.

One strategy: replacing founders like Wada with professional managers. 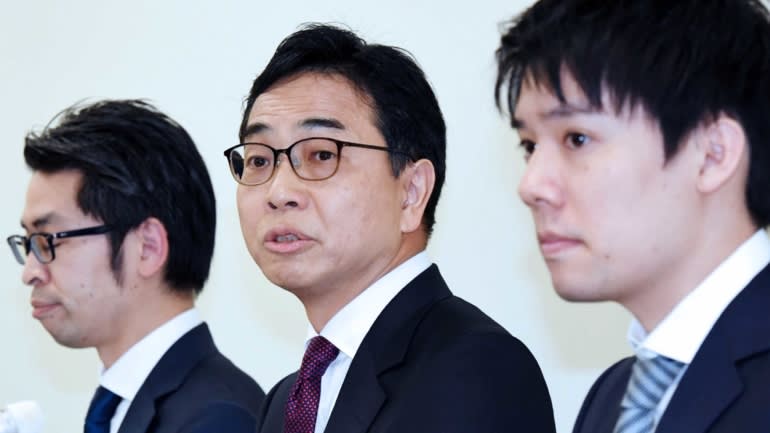 And Takao Asayama, a former entrepreneur in the U.S. who founded cryptocurrency exchange Zaif, is no longer at the helm of that company after it was transferred to financial information provider Fisco in November.

Japan, famous for its yield-hungry "Mrs. Watanabe" currency traders, is seen as a huge market for cryptocurrency trading. But the industry has yet to recover from a series of hacking incidents that are widely believed to have been a factor in bitcoin's plunge. 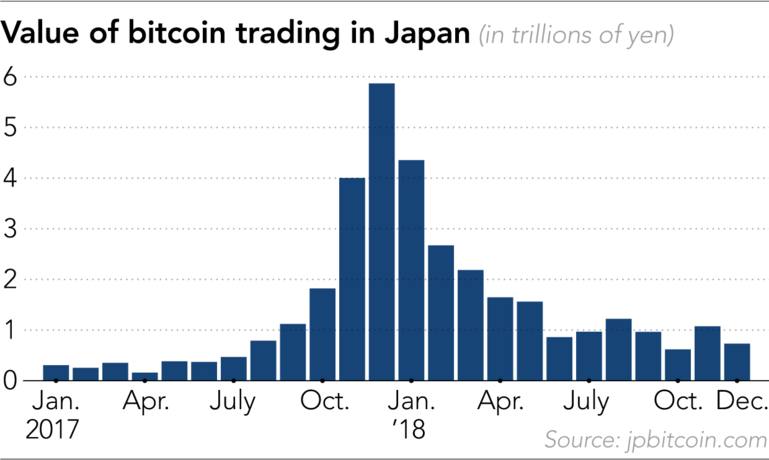 The worst incident, in which 58 billion yen worth of clients' cryptocurrency was stolen from Coincheck, prompted Japan's Financial Services Agency to suspend approvals of new exchanges. It also slapped several existing exchanges with administrative sanctions, effectively halting their marketing efforts. Despite these measures, a further 6.7 billion yen worth of cryptocurrency was stolen from Zaif in a hack in September.

Tighter regulations were followed by a wave of acquisitions by established financial and internet service companies. In addition to Monex and Fisco, e-commerce juggernaut Rakuten bought a local exchange and Yahoo Japan, an online advertising company, bought a minority stake in another.

Advocates say the influx of large companies will help raise security standards and restore investor trust. Coincheck obtained official approval to operate as an exchange on Jan. 11, after Monex spent millions of dollars beefing up its team of engineers.

The trend is also a sign that some companies remain upbeat about the prospects for cryptocurrency despite a slump in prices. Bitcoin trading at 10 local exchanges stood at 731 billion yen in December, down nearly 90% from a year earlier, according to jpbitcoin.com.

"I think there are various reasons for the market downturn, but one is the security incidents," Naojiro Hisada, who heads Rakuten's blockchain technology department, told the Nikkei Asian Review at a blockchain conference on Jan. 31. "We plan to offer a reliable service based on strong security, so there should be no problem. Cryptocurrency is another payment option that we want to gradually connect to various Rakuten services." Some analysts say the developments in Japan's regulatory environment can also be a role model as scrutiny intensifies across Asia. In October, Japan's financial regulator granted an association of exchanges self-regulatory status, giving it the power to sanction exchanges for violations. While regulators in the U.S. continue to debate rules for digital assets, "cryptocurrency market participants are advocating for another approach -- one that is being adopted in Japan," J.P. Morgan analysts wrote in a recent report.

"Venues that fail to adopt a stringent approach to compliance and regulation are likely to struggle to remain operational," said Wayne Trench, CEO of Hong Kong-based cryptocurrency exchange OSL.

"It is the right time to regulate intermediaries, as the market has grown fairly rapidly compared to a few years ago despite the recent temporary slowdown," said David Lee Kuo Chuen, a professor at the School of Business at the Singapore University of Social Sciences.

Critics say the growing clout of professional managers in Japan's cryptocurrency scene has come at the expense of entrepreneurial drive, another setback for a country that already suffers from a lack of successful startups. "The political battle for influence over the industry has definitely overshadowed the enthusiasm for innovation," said one industry executive. "Conversations happening in the U.S. and China are much more exciting than in Japan."

Some independent exchanges like Bitpoint Japan continue to see opportunities. President Genki Oda said competition is manageable because the biggest banks and brokerages are still reluctant to enter the business. Bitpoint recently announced plans to obtain a securities license so it can offer new tokens and other financial products to cryptocurrency investors in the future.

"I received several offers to sell the company after the Coincheck incident, but decided it was not the right thing to do," Oda said in an interview. "A sale might have made short-term profits, but cryptocurrency and blockchain remain important drivers of growth over the long term."