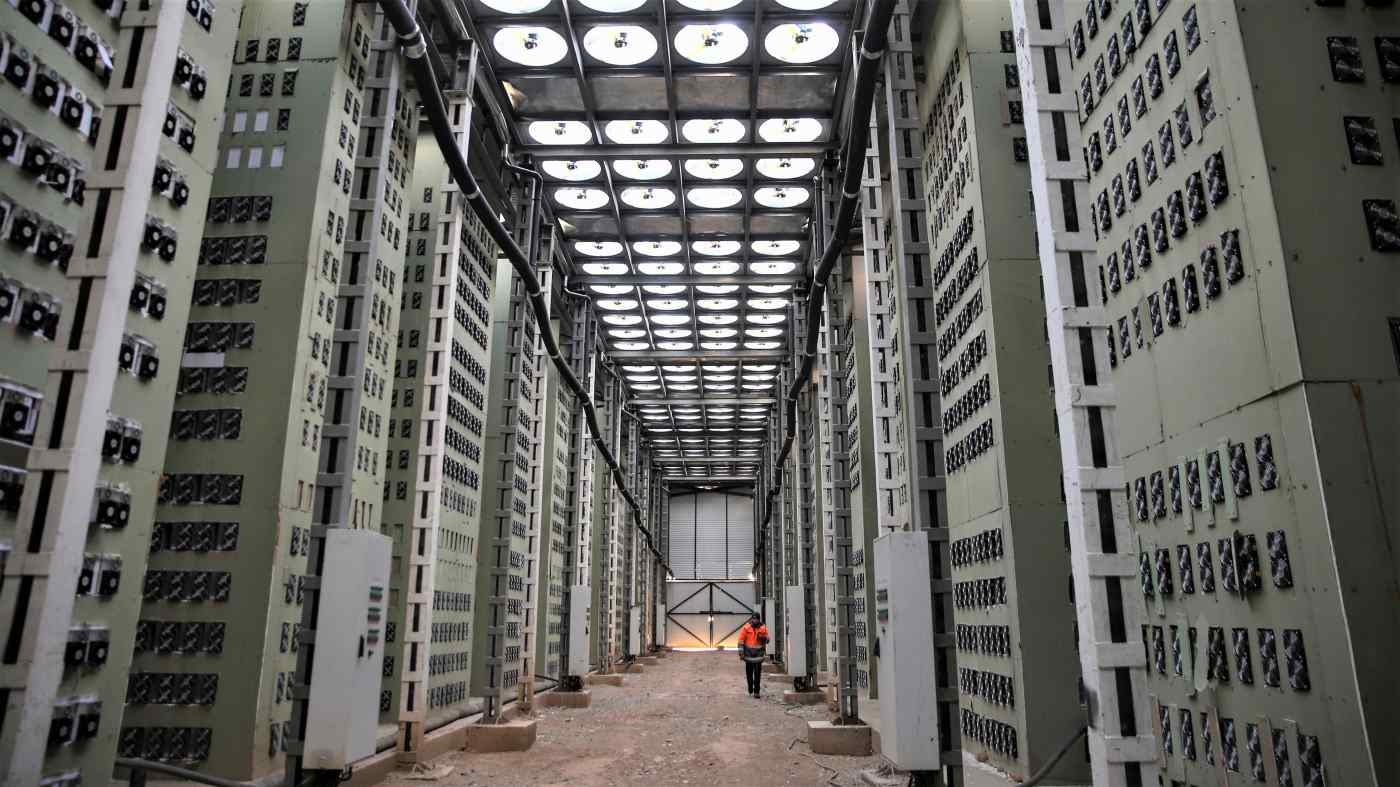 ALMATY -- A wild year for cryptocurrency mining in Kazakhstan is ending on a sour note, with electricity shortages putting what appeared to be a boom on the verge of going bust.

A Chinese crackdown on the industry in May triggered an influx of miners into the normally energy-rich country, which appeared to welcome them with open arms. Quickly, however, Kazakhstan found its power supply taxed by the sudden spurt of mining, which sucks up huge amounts of electricity.