Developers aim at everything from tracking coffee beans to verifying diplomas 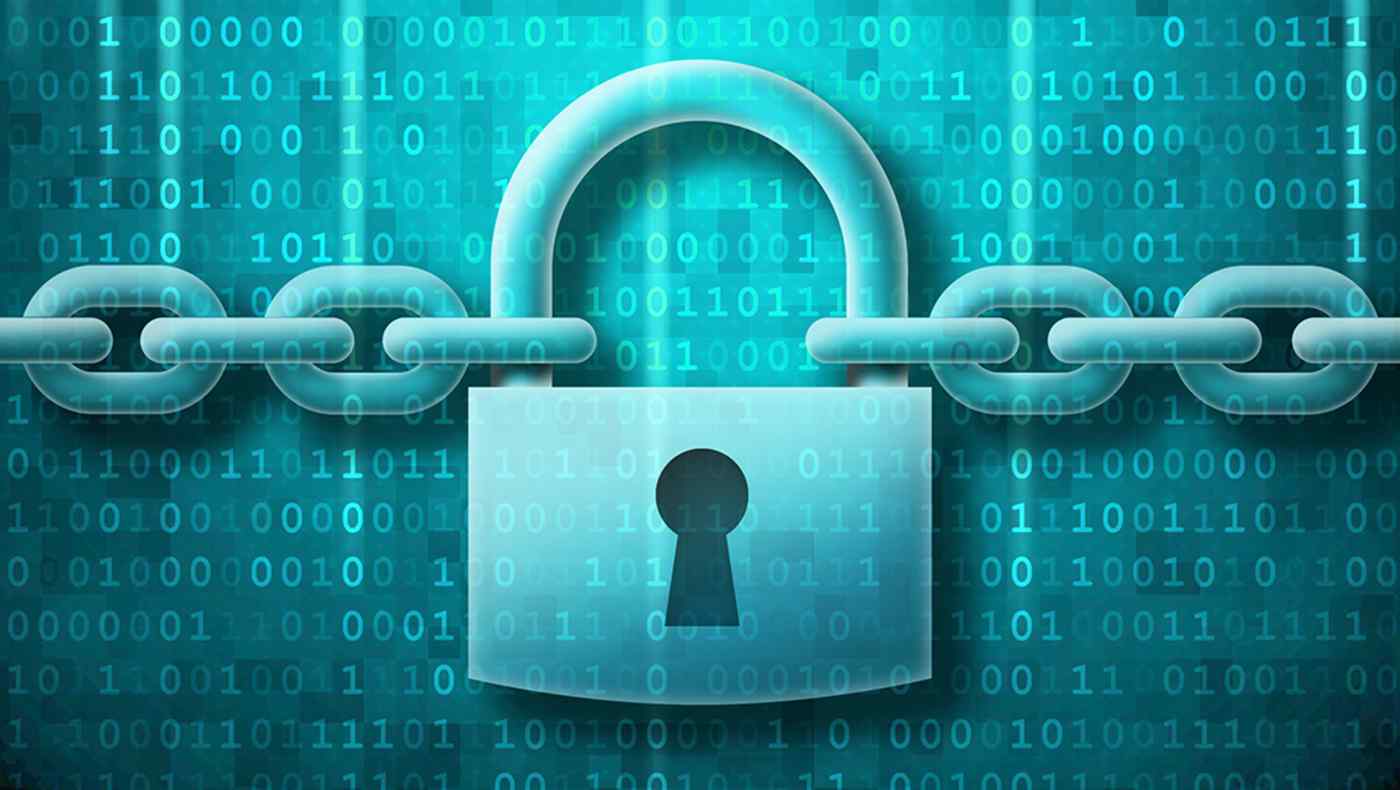 TOKYO -- Blockchain technology is spreading beyond cryptocurrency, in sectors closer to consumers, making use of its ability to ensure the authenticity of products or information.

Blockchain startup Input Output HK signed a memorandum of understanding with the government of Ethiopia in May to explore the use of Cardano, a blockchain platform that the company is developing, to increase transparency in the country's coffee supply chain. IOHK also seeks to use blockchain technology to record land ownership in Africa, protecting the registration of data from manipulation.

In Asia, the company plans to apply the technology to trace the beef supply chain in Cambodia and Vietnam. Another startup using the Cardano platform, Emurgo Hong Kong, seeks to publish blockchain-based digital university certificates.

The technology, guaranteeing the verification of information, can prevent theft and falsification during the process of distributing documents, which has given rise to major corruption concerns, especially in developing countries, for many years.

Blockchain, a shared digital ledger, works as a database of interaction records between users. Information is decentralized because it is distributed peer-to-peer by innumerable computers.

Once a transaction is registered in a new "block" in the blockchain, it cannot be modified or deleted, making manipulation of blockchain records impossible. The technology is expected to be used to monitor the movements of goods and funds in real time. The related database costs are expected to be low, because it does not require a centralized collective database, unlike cloud computing.

Charles Hoskinson, the founder of IOHK and Cardano, told Nikkei Asian Review that the adoption of blockchain "creates a single global market enabling anyone to trade at a global scale, which is revolutionary." Cardano's native cryptocurrency is called ADA.

IOHK, in cooperation with the Ministry of Science and Technology of Ethiopia, seeks to deploy the new system in the market for coffee, the Sub-Saharan country's biggest export. It started a free class in Ethiopia to train up to 100 local developers, who will contribute to the project by the end of 2018.

Ethiopia, geographic home of the world's most popular coffee beans, Coffea arabica, produced 459,000 tons of coffee beans in 2017, according to the International Coffee Organization. It is the world's fifth-biggest coffee-producing country. However, maintaining the quality of the beans has been a problem for decades, due to theft or other losses along supply chains involving numerous middlemen before the produce reaches the Ethiopia Commodity Exchange, where all the country's coffee is traded. The inability to know the origin of beans discourages buyers from paying high prices for them, limiting the return for local farmers.

The project aims to model the coffee supply chain as a blockchain, and provide digital markers at every stage to track the flow of beans. The beans start from local farms, are transported by multiple brokers to washing stations, and then to the centralized exchange, before finally reaching consumers in shops and cafes worldwide.

The trace data will be stored and shared by anyone concerned in the supply chain, preventing wrongdoing. The process ensures the origin and authenticity of the coffee, enabling farmers to increase their revenue and possibly helping them attract foreign investment.

The project also plans to put a QR code on coffee products, consumed in developed countries, so that consumers can also track the production process. The scheme is also expected to help advance fair trade aims.

Hoskinson said that "the blockchain platform can solve many varied issues, and make the world a better place." He highlighted the problem of beef smuggling in Cambodia. The country is a top importer of Japanese wagyu beef, but it is believed that much of the beef is re-exported to China, bypassing the mainland's ban on imports of Japanese beef, introduced in 2001. 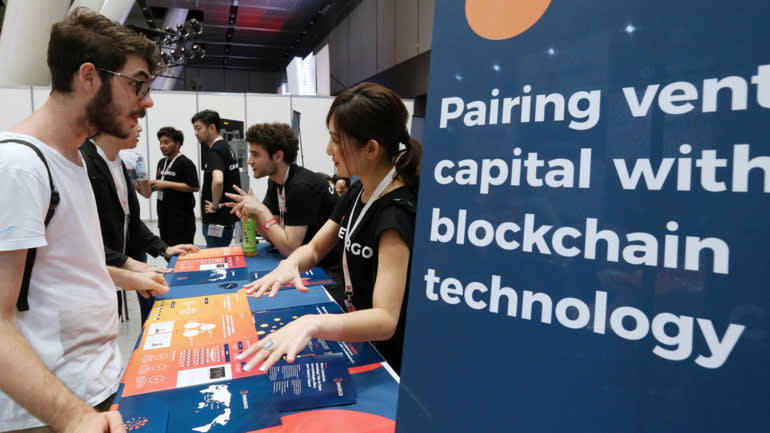 Visitors talk with staff at the Japan Blockchain Conference on June 27. (Photo by Ken Kobayashi)

Land record problems in Ethiopia and other African countries could be solved as well. The region's unregistered parcels of land and lack of transparency give rise to ownership disputes when documents have been destroyed or manipulated. Blockchain can register properties, using GPS, allowing property ownership to be verified at low cost.

Emurgo Hong Kong is to start a project to publish blockchain-based digital certificates for universities with a Taiwanese partner. "It will prevent fraud of records, and save time to prove your grade when you transfer to different institutions," said Alex Hayashi, company chief executive. In the U.S., the Massachusetts Institute of Technology (MIT) issued certificates in blockchain to more than 100 graduates in 2017.