24% of world's large companies risk running out of cash

If sales drop 30% for the next 6 months, data shows 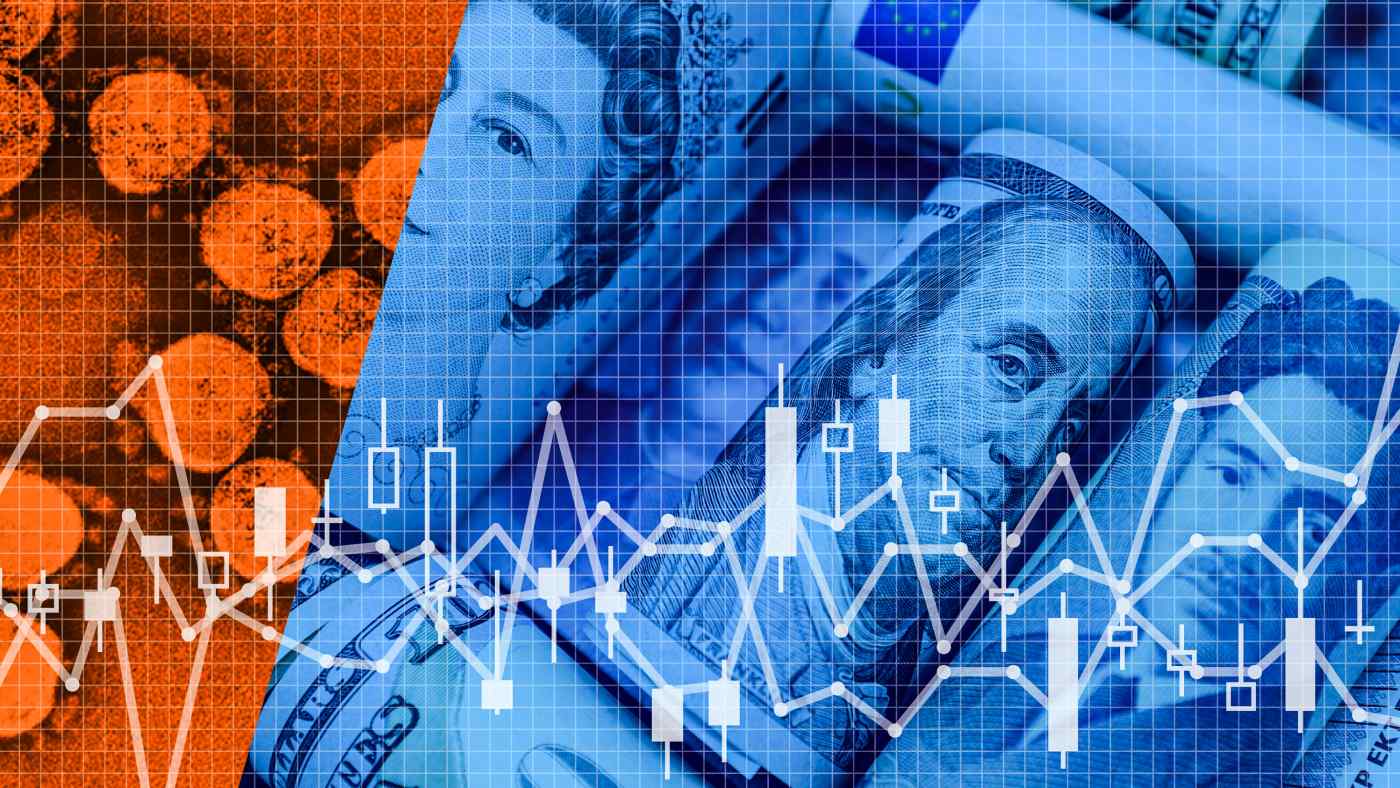 TOKYO/LONDON -- The coronavirus pandemic has battered the global economy, sending cash flows plunging and drying up liquidity for small and midsize enterprises. Now, large companies have been threatened with the same, making it imperative that governments step up support for these bedrock companies lest they suffer the same fate as their smaller counterparts.

Using data from QUICK-FactSet, the Nikkei Asian Review calculated the cash flows of over 3,400 listed companies and discovered that a quarter of them will run out of liquidity if a 30% year-on-year drop in sales lasts for six months.

The charts below shows the extent of this problem. 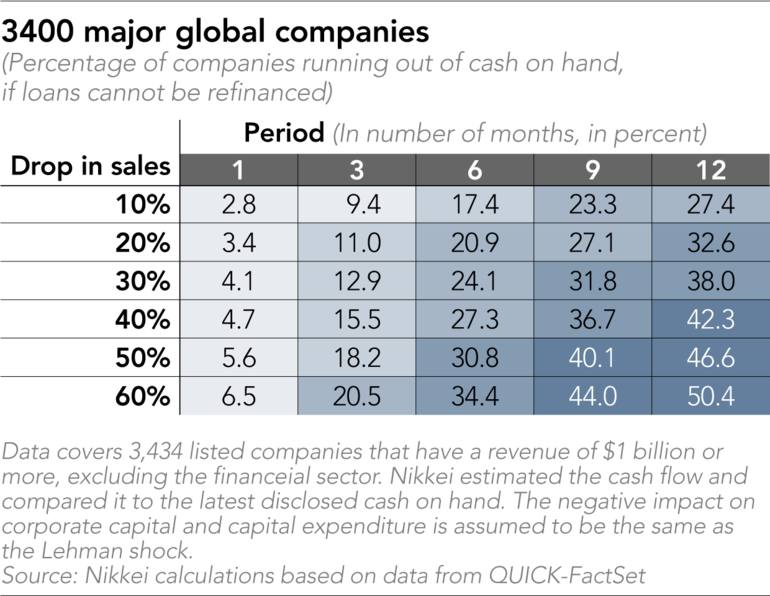 Under normal circumstances, companies would deal with cash flow issues by slashing dividends, refinancing debt, or issuing bonds. However, even if debt refinancing is factored into the estimate, 9% of the companies would run out of liquidity if the 30% plunge in sales continues for six months. This rises to 32% if there is a 60% plunge for 12 months.

Japanese companies tend to have large cash reserves. But if sales fall 30% for six months, 20% of them will suffer a liquidity crunch. 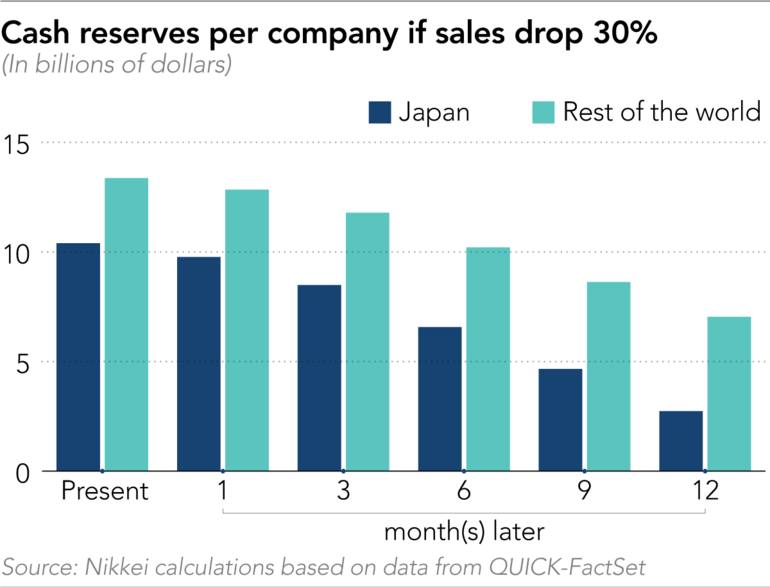 This has sent many large Japanese companies scurrying to raise funds, among them Nissan Motor, which recently secured a large credit line.

Many countries have enacted measures to make it easier for companies to raise money. In April, budget airline EasyJet secured 600 million pounds ($747 million) from the Bank of England, the central bank of the U.K., stressing the funds' importance in the event global air travel restrictions remain in place for an extended period.

In the U.S., the Federal Reserve is preparing to buy up to $750 billion worth of corporate bonds, including junk bonds. This amounts to about 13% of outstanding corporate bonds in the country. The German government's essentially unlimited loan program has seen applications of more than 100 million euros ($109 million) each now totaling 17.2 billion euros. Japan has prepared a 100 billion yen ($925 million) finance scheme to support large companies, but the figure is less than 1% of Germany's.

Meanwhile, France's Minister of the Economy and Finance Bruno Le Maire has referred to the possible nationalization of key companies, apparently having automaker Renault in mind.