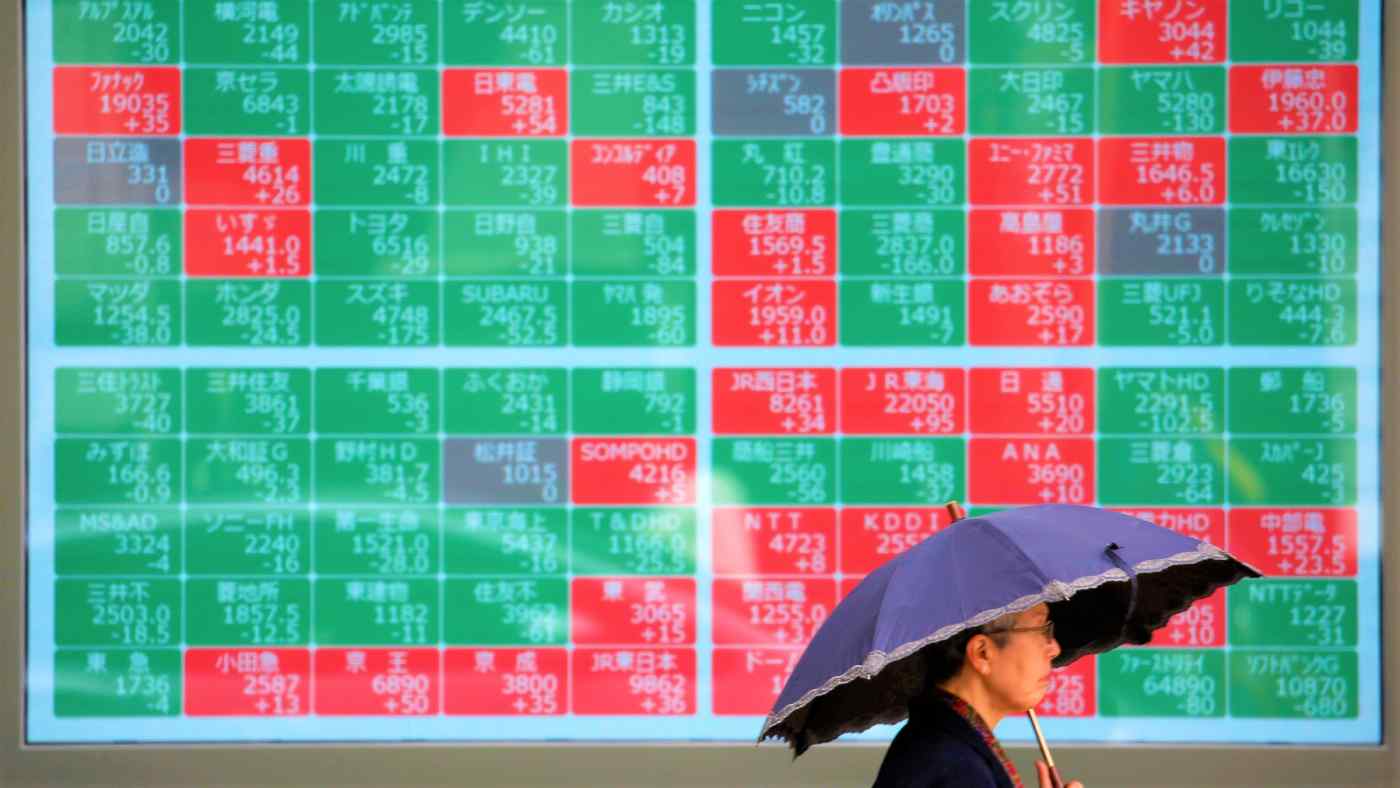 A passerby walks past in front of a stock quotation board outside a brokerage in Tokyo.   © Reuters
MASAYUKI TAMURA, Nikkei senior staff writerDecember 29, 2019 02:37 JST | Japan
CopyCopied

TOKYO -- Even after the 1929 U.S. stock market crash, which triggered the Great Depression, share prices regained their pre-collapse highs in 25 years.

For Japan, the struggle has been harder.

Thirty years on from its all-time high, the Nikkei Stock Average is still languishing about 40% below the peak of 38,915 scaled on Dec. 29, 1989. The Japanese stock market's uphill climb to regain lost ground is the longest in the history of any major economy.

The bursting of Japan's wild asset-price bubble left a nation of disillusioned and embittered individual investors. Now, they face a tamed market, yet many remain reluctant to wade in.

One of the few Japanese economists at the time who used the word "bubble" to sound the alarm about overvalued stocks in the late 1980s was Kazuo Ueda, now a professor at Kyoritsu Women's University.

As an associate professor at the University of Tokyo at the time, Ueda warned that the sky-high prices "cannot be explained by interest rates and other fundamentals." Record high: When the Tokyo stock market closed for 1989 on Dec. 29, shouts of "40,000!" could be heard. But prices never made it that far, and a steep drop began the following year. (Nikkei archives)

Many Japanese shares were trading at price-to-earnings ratios of well over 60, compared with the global norm of 14 to 16.

Ueda's warning proved prophetic. At the beginning of 1990, the market began a precipitous decline.The long slump that followed had many contributing factors: a strong yen, low economic growth, deflation and foot-dragging by Japanese companies resistant to reform. The market had suffered a compound fracture rather than a simple break.

But the principal cause of the slow recovery "was that it took a long time to correct share prices that had been so very high," according to Shingo Ide of NLI Research Institute.

The prolonged correction was marked by the unwinding of cross-shareholdings among Japanese companies and higher ratios of foreign ownership. By the mid 2000s, P/E ratios had retreated to international norms. "It is now a normal capital market, in that stock prices simply reflect changes in earnings," said Shigeharu Suzuki, chairman of the Japan Securities Dealers Association. The average P/E ratio of Japanese stocks is now around 14 -- roughly on par with Europe but lower than the 18 in the U.S.

To help the market regain its appeal to individual investors, tax incentives have been introduced, including the Nippon Individual Savings Account and defined-contribution pension plans.

But bitter memories linger, and many retail investors sell quickly when stock prices rise, an attitude that keeps them from benefiting from long-term upward trends. The long bear market essentially destroyed Japanese retail investors' faith in stocks as an asset.

Retail investors sold almost a net 9 trillion yen ($82 billion) of stocks in 2013, when Prime Minister Shinzo Abe ushered in his reflationary policies. In contrast, foreign investors made net purchases worth 15 trillion yen, positioning themselves to benefit from the subsequent Abenomics rally.

Net profits of Japanese companies grew 630% from fiscal 2000 to 2018, according to corporate earnings data provided by the Finance Ministry. During that period, labor costs rose only 3%, but dividends jumped 440%. In other words, much of the wealth created by companies has gone to shareholders, not their employees.

French economist Thomas Piketty has pointed out that profits generated by capital grow at a faster rate than the economy as a whole. This makes it vital for investors to buy stocks if they want to take advantage of corporate earnings growth.

In the 1990s, long-term investment in Japanese stocks did not make economic sense because the market was in the process of correction. But "now, investors can expect both share price growth and richer dividends," says JSDA's Suzuki. One key indicator for bargain hunters is the price-to-book ratio. Another stock market crisis is bound to happen. This risk, however, should not stop investors from buying for the long term.

Japan's share of global stock market value has shrunk to less than 10%, down from nearly 40% at the height of the bubble. But unlike then, investors are not stepping into an overheated pool. If the last 30 years have produced anything, this is one achievement.