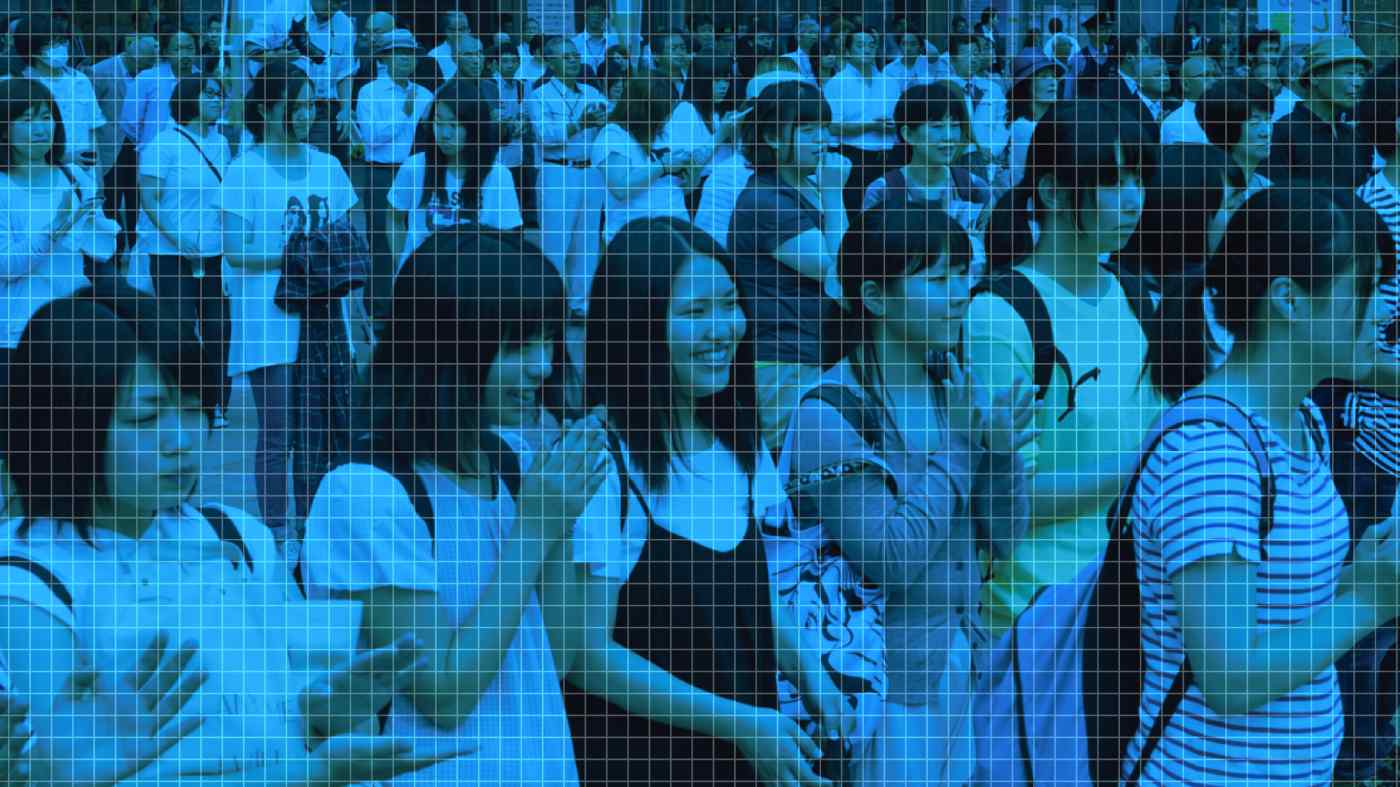 Japan's young people, who have grown up in a global and digital society, are taking the country's shift toward more diversity in stride.
JUNNOSUKE KOBARA, Nikkei staff writerJuly 7, 2019 05:03 JST | Japan
CopyCopied

TOKYO -- An unusual generational divide is opening up in Japan's electorate, with young people far more likely to support Prime Minister Shinzo Abe's government than their elders, opinion polling shows just ahead of the upper house election on July 21.

While 49% of voters aged 60 and up said they support Abe, according to a Nikkei survey conducted last month, the figure among citizens in their 20s reached 70%. In the early years of Abe's Liberal Democratic Party government, from 2012 to 2016, there was no significant difference between the two age groups, but since 2017 the gap has widened to more than 15 percentage points.

These results defy the conventional wisdom in Japan that older people tend to support the ruling establishment while the younger set balks at authority -- wisdom that held true during Abe's first, shorter stint as leader as well as the period from 2009 to 2012 when the Democratic Party of Japan was in power.

Although Japan has largely been spared the deep social rifts that have divided other countries like the U.S. in recent years, this new political divide suggests that might be changing. The coming election will be held against a backdrop of an aging and shrinking population, a looming consumption tax increase from 8% to 10%, structural reforms of industries and numerous other factors. Campaigning formally began on Thursday, with opposition parties hoping to add seats in the less powerful of the two parliament chambers so that they can disrupt Abe's agenda. The ruling bloc, meanwhile, is stressing the need to maintain stability.

Many young people, it seems, feel stability is not half bad.

On June 25, an intercollegiate group called 'ivote' held a study session in Tokyo to which it invited members of the Diet, as the Japanese parliament is known. Moeka Bekki, 21, was asked what she expects from politics. The student, who wants to become a teacher after she graduates, said: "There are few things that bother me. I hope to have a stable life."

Statistically, Japan's young people are happy. In the Cabinet Office's latest annual survey, less than 20% of people between the ages of 18 and 29 voiced discontent about their lives, for the third consecutive year since 2016.

One reason may be that they have good prospects of finding a job. While many Japanese now in their 40s suffered during the "employment ice age," when new graduates struggled to land offers, today's youth are entering a labor market with a shortage of workers. Starting pay has increased. And household income for citizens aged 29 and under has rebounded sharply since 2015. The same cannot be said for older generations. The roots of Japan's emerging political divide may lie in trends that are shaking democracies around the world. The forces of globalization and digitization have reshaped economies. Manufacturing has been shifted to lower-wage countries. Increased migration has fueled social friction. The spread of the internet has connected the planet like never before but has also encouraged some to shut out others with different views, creating fertile ground for prejudice.

Young people have grown up in the global era and know how to navigate it, but many older individuals may feel they are being forced to change and adapt. So modern politics has, in some ways, become a battle to lead different generations.

In the U.S. presidential election in 2016, the older the voter, the more likely he or she was to support Donald Trump. Meanwhile, American millennials -- those born between 1981 and 1996 -- tend to lean liberal on issues like immigration and diversity, leading to a widening generation gap.

Now the left-wing "progressive" faction of the U.S. Democratic Party is gaining influence, mainly with the young. A 2018 Gallup survey found over half of respondents between the ages of 18 and 29 preferred socialism to capitalism.

Until now, the divide between generations in Japan has not been as conspicuous as in Europe and the U.S. But the country's pressing political issues are starting to highlight the gap.

A Nikkei survey last autumn found a wide gulf between age groups on the question of accepting foreign workers. While 40% of respondents from 18 to 39 said Japan should proactively recruit them, the ratio was just 17% among those in their 70s.

In last month's opinion poll, the majority of respondents in the youth segment agreed with the Abe government's policies on reforming the work system and increasing the consumption tax.

On the other hand, opposition parties are making the public pension system their core election issue, following the Financial Services Agency's controversial report that 20 million yen ($185,425) in savings will be needed to sustain an average couple's post-retirement life.

Nikkei's survey in June found the opposition Constitutional Democratic Party of Japan was supported by just 6% of respondents in their 20s but 15% of those older than 70.

The relatively low voting rates among Japan's young -- around 40% -- mean the older set holds considerable political influence. And the yawning gap between their views could affect the nation's politics in the future, as globalization advances further and more foreign nationals join the workforce. Japan may not be immune to the crisis of division facing democracies after all.