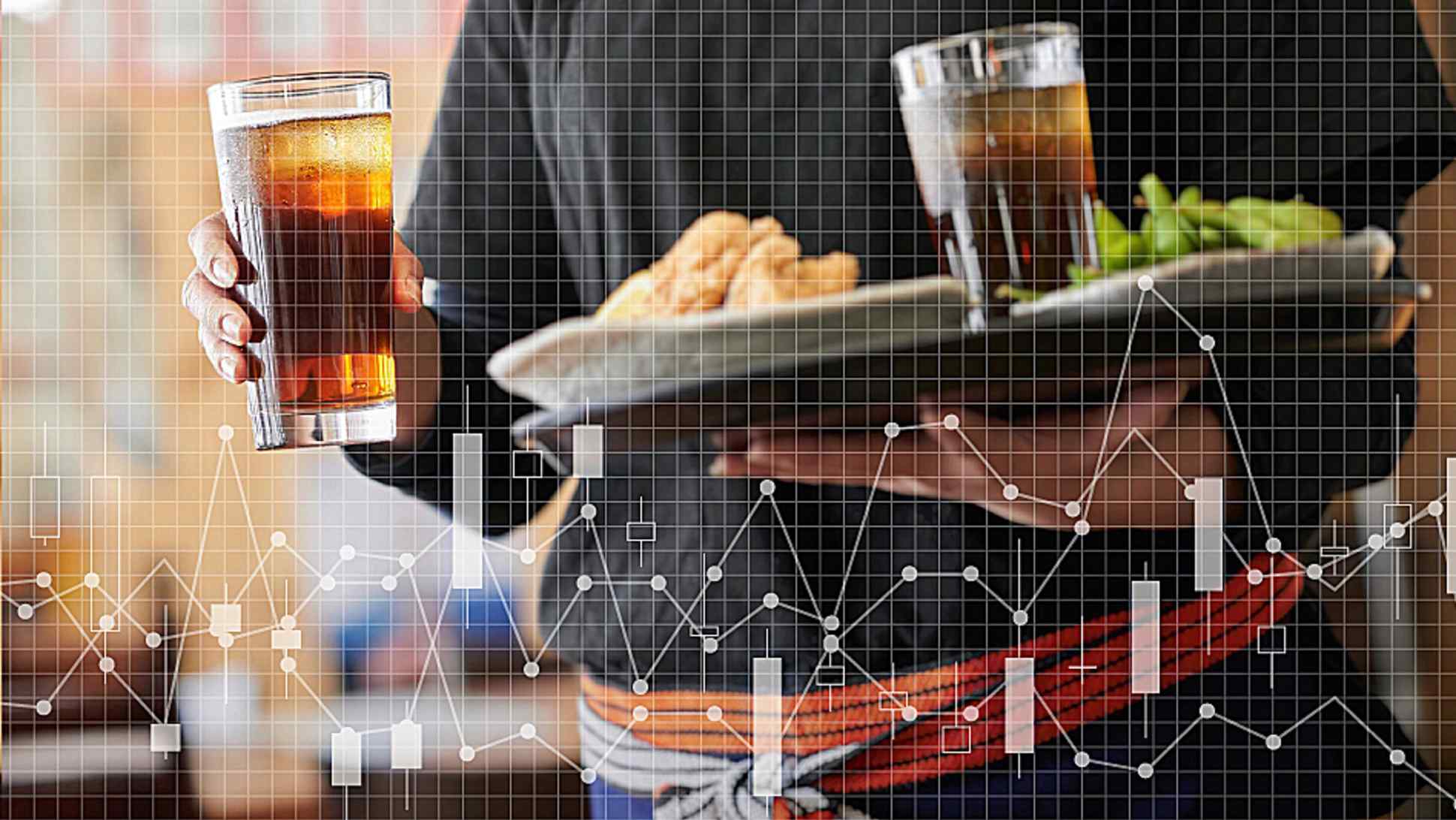 Wages have fallen especially steeply in service sectors, such as the food and beverage industry, which hire many students.
Datawatch

TOKYO -- The COVID-19 pandemic is casting a dark shadow over the education of young people in Japan, who hold the key to the country's future. That, in turn, could impose heavy economic costs over the medium to long term.

The novel coronavirus crisis outbreak has forced restaurants and other providers of part-time jobs to suspend or shorten hours and cut wages, taking a bite out of student incomes. If the number of students who cannot afford school continues to rise, the implications for Japan are grave.

An education ministry survey of universities and higher professional schools found that 57,913 or 1.95% of all students dropped out in fiscal 2020, down from 74,129, or 2.5%, the previous year, thanks to tuition waivers and delays. But "it is uncertain how much longer universities can sustain themselves," said Masayuki Kobayashi, a professor at J.F. Oberlin University.

Government support comes with conditions, such as family income ceilings. Assistance should be made more broadly available, as only about 10% of students are eligible at present, said Hirokazu Ouchi, a professor at Chukyo University. "I am surviving on discount sales at supermarkets," said a third-year university student who lives alone in Saitama Prefecture, near Tokyo. He used to earn 60,000 yen ($547) to 70,000 yen per month working at night at a ramen restaurant, but he lost his job when the restaurant shortened its hours of operation in March.

The number of part-time jobs for students has fallen sharply as a result of the pandemic, reversing the previously rising trend employment trend among students 15 to 24 years old. The number of students who held part-time jobs dropped by 240,000 in the July to September period of 2020, compared with the previous year, according to a labor force survey by the Ministry of Internal Affairs and Communications.

That decline was larger than occurred after the global financial crisis in 2008, and the devastating earthquake and tsunami that hit the northeastern region of Tohoku in 2011.

In the first quarter of 2021, an average of 1.71 million students was employed per month, down 170,000 from the corresponding period last year. Wages have fallen particularly steeply in industries that rely heavily on student labor, according to HRog, a provider of services for staffing companies, which analyzed data from the Town Work job search website. In the food service sector, wages averaged 991 yen per hour in the January to March period, a drop of 14 yen from the previous year. Restaurant chains have managed to maintain wages at outlets in the center of Tokyo, but has cut them in suburbs such as Saitama, a restaurant chain official said.

Average wages in hospitality and services stood at 1,030 yen an hour, while those for leisure and entertainment averaged 1,183 yen, down 29 yen and 21 yen on the year, respectively.

In Japan many students cover their tuition and living expenses with part-time jobs. Service industries such as food and beverages have typically hired many students, who serve as a large and flexible labor pool.

The problem of falling student employment, if left unattended, may lead more to drop out or put their education on hold. 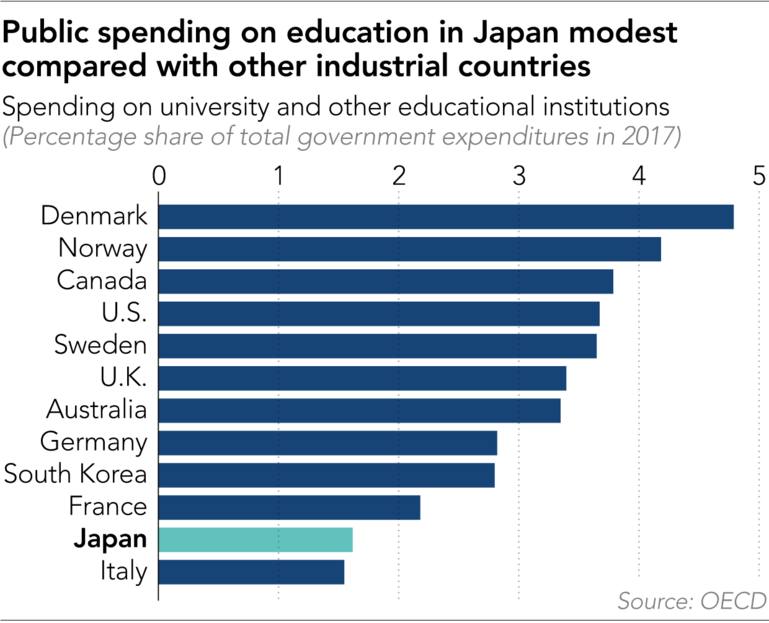 Japan's public spending on education is lower than most developed countries. According to the Organization for Economic Cooperation and Development, subsidies and other support programs for universities make up just 1.6% of government expenditures in Japan, compared to an OECD average of 2.9%, putting it 35th out of 38 OECD countries.

Low public spending on education results in high tuition and fees. According to the OECD, tuitions charged by national and public universities in Japan average $5,090 per year, the fifth-highest among some 30 countries surveyed. The share of students entering university in Japan is somewhat higher than the OECD average, at 49.6%. However, in Japan, income differences are strongly correlated with differences in educational attainment.

With Japan's workforce forecast to shrink due to its dwindling birthrate, support for students, including post-COVID-19 programs, is indispensable. The question is how Japan can assist young people with their educational needs despite the fiscal strains caused by the pandemic.