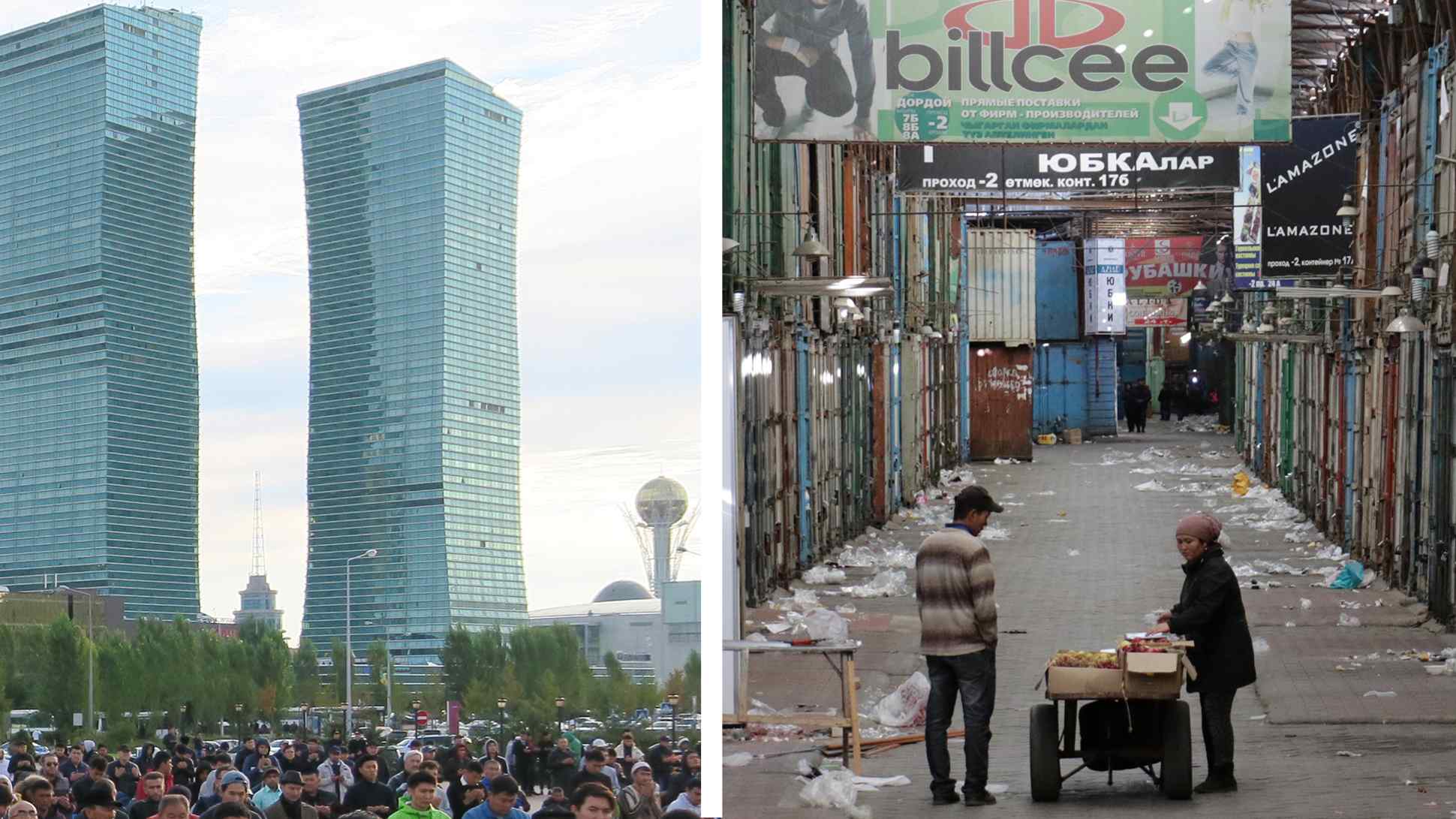 The numbers behind the differing fortunes of five former Soviet republics

LONDON -- Despite starting from similar points upon the collapse of the USSR, the economies of the five Central Asian former Soviet republics have taken divergent paths since independence.

Their differing fortunes leave them in positions of varying strength as they try to balance the interests of traditional ally Russia with the emerging power, China.

Kazakhstan's gross domestic product per capita is double the Central Asian average of $3,618.

Other indicators reaffirm the divide between Kazakhstan and its southern neighbors. By 2018, around 80% of its population had internet access and it is the only Central Asian country that exceeds the global rate of 53%. In Turkmenistan, by comparison, the rate is 18%.

Kazakhstan has also made strides in the development of democratic institutions. More than a quarter of parliamentary seats are held by women, and the level of female representation is as high as 60% in the north of the country. The Inter-Parliamentary Union's rankings on women in government put the country 59th in the world, one place above Canada.

Stanislav Pritchin, an executive partner at the Expert Center for Eurasian Development and a researcher at Chatham House, argued that the country's wealth of natural resources provided a much stronger platform for growth, compared with the other republics.

In addition, Kazakhstan was a founding member of the Eurasian Economic Union and benefits from a high concentration of industry on the other side of its border with Russia. "There was a uniquely deep interdependence between Russia and Kazakhstan" in Soviet times, said Pritchin.

Since 2003, however, an increasing amount of Chinese foreign direct investment has flowed into the country.

While Pritchin foresees Astana becoming "heavily dependent" on Beijing in the next decade, Philippe Le Corre, senior fellow at the Harvard Kennedy School, is more skeptical. "Kazakhstan is part of the Russian sphere and it will always be difficult for China to win hearts and minds."

Other countries have fared markedly worse since the collapse of the USSR.

Turkmenistan has received billions of dollars of investment in its hydrocarbons and cotton industries. But in 2016, Russia ended gas imports from the country, leaving China as the sole foreign importer of Turkmen gas. Uzbekistan, similarly, remains a largely unreformed economy that is heavily reliant on commodities.

Tajikistan suffers from underdeveloped infrastructure and a limited domestic market; it had a GDP per capita of just $796 in 2016. The country depends on China for a large portion of its imports, and conflict in neighboring Afghanistan creates a high risk of political destabilization. It also struggles with health issues, such as higher rates of maternal mortality.

Kyrgyzstan, is something of an anomaly. Like Kazakhstan, the country pressed ahead with market-oriented reform and ranks highly in terms of regulatory quality and accountability in the World Bank's governance indicators. In contrast to its neighbors, however, it is relatively poor in terms of natural resources, limiting its growth potential. In 2016, GDP per capita stood at $1,078.