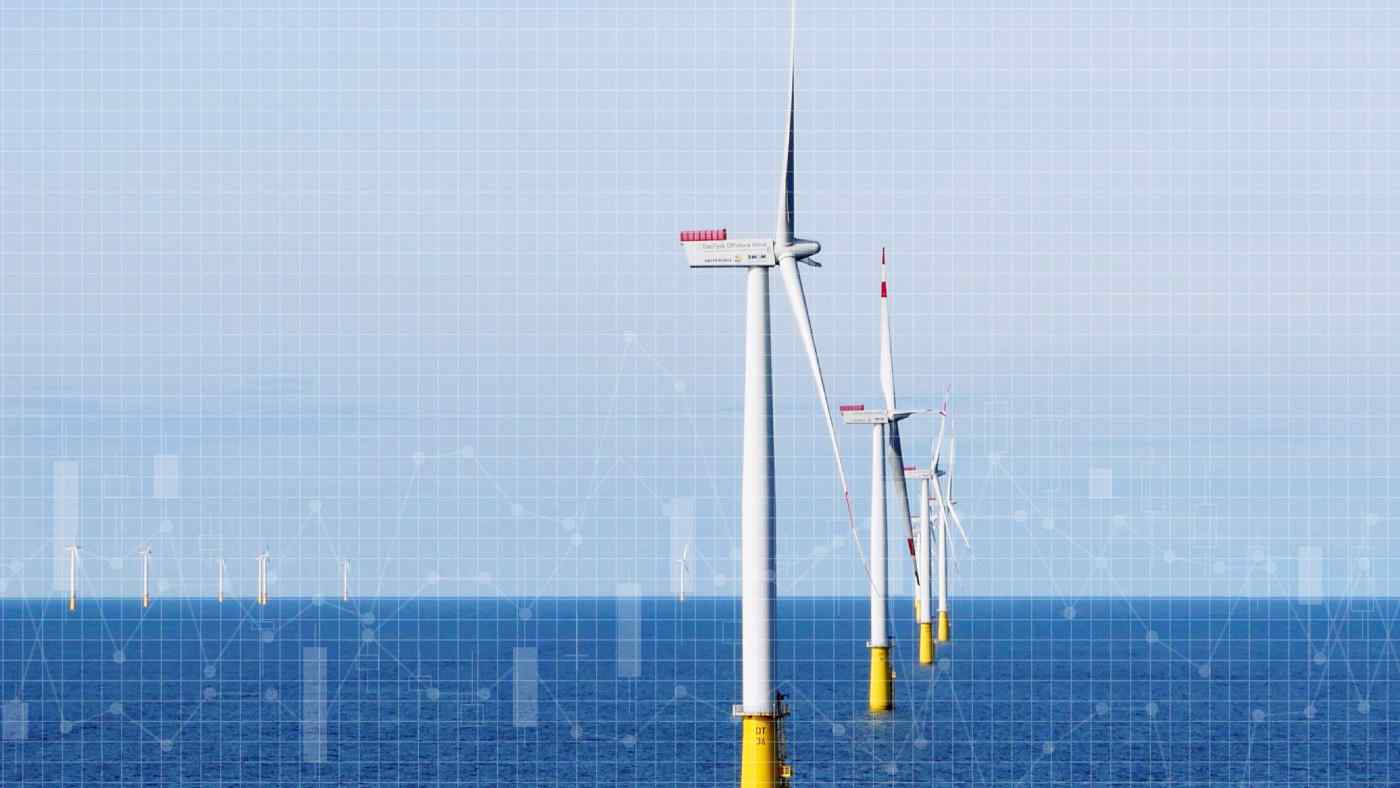 TOKYO -- Countries around the world are increasing fiscal measures to address the coronavirus pandemic while emphasizing efforts to reduce carbon emissions. But while European Union stimulus will have positively affect decarbonization, spending in Asian countries such as China and Japan is set to bring about a negative impact, a study says.

Global fiscal spending and financial support to cope with the COVID-19 public health crisis total $13 trillion, according to the International Monetary Fund. While that money is primarily spent to protect jobs and support companies experiencing cash crunches, differences have appeared in "green recovery" stimuli that link decarbonization with growth.

A report by Vivid Economics, a London-based consultancy, said that on a net basis there is an environmental burden resulting from fiscal policies to buttress the economy in eight countries in Asia and Oceania.

Vivid calculated a Green Stimulus Index to evaluate governmental policies and it showed negative scores for the U.S., China, Japan and South Korea and positive ones for the rest including Britain, France and Germany.

Japan received a negative score for factors such as reduced taxes on certain types of vehicles. China also got a negative score because the country has streamlined permits for coal mining, though Beijing did implement measures to encourage electric vehicles. On the other hand, carbon emissions have decreased due to the pandemic but are predicted to rise again if economic activity resumes to levels before it struck.

Improvement in air pollution has been an unexpected byproduct of the economy slowing down. For example, in India, many people have been able to see the Himalaya Mountains, which they couldn't before the pandemic because of smog. But greenhouse gas emissions are already starting to show signs of a rebound. They decreased sharply in China in the first half of 2020 but logged a meager fall of 1.7% for the entire year compared to the previous one as the economy has bounced back.

Countries around the world increased fiscal spending during the global financial crisis in 2008 and 2009. Spending on the environment during that period totaled $520 billion, according to the World Resources Institute, a Washington-based nonprofit organization.

But in the present crisis, some countries are spending less. China's stimulus is $218 billion, eight times more than its anti-COVID outlays, while the U.S. is at $118 billion, or over four times compared with funds for fighting the coronavirus. During the financial crisis, governments insisted that protecting the environment would be an important spending factor, but carbon emissions kept increasing, showing that the scale of investment alone cannot change the trend of increases in carbon emissions. 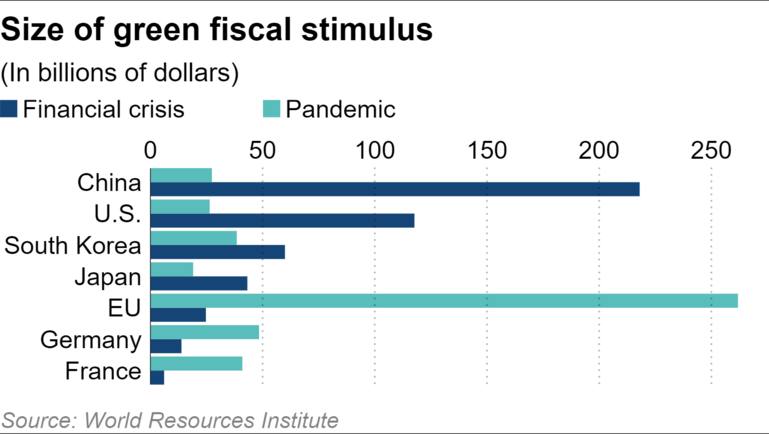 In Europe, decarbonization is taken into account in supporting the economy and industries battered by the pandemic.

Britain has introduced thousands of zero emission buses and increased bicycle lanes on roads as part of its Green Industrial Revolution plan. It will review traffic system so that carbon emissions will not increase even when the economy recovers. The country also plans to boost offshore wind power generation to a level capable of supplying electricity to all households by 2030.

In France, the government decided to provide financial support to Air France-KLM on condition the airline deploys planes that emit less greenhouse gas. It also required the airline to close domestic routes that compete with railways.