LONDON -- After trial and error, China has figured out how to build artificial islands more efficiently, a study of satellite data has revealed.

As the U.S. calls for Beijing to be held to account for its militarization of the South China Sea, satellite imaging company Spaceknow and the Nikkei Asian Review examined data on the extent of those activities. The results showed that, although landmass expansion has slowed, China now has the process down pat.

Gregory Poling, director of the Asia Maritime Transparency Initiative, said the findings match his own observations.

"What we used to see in 2014 and 2015 is that there was a lot more experimentation," he said. "They built things that were unnecessary. They made mistakes."

Since then, he said, China's island structures have become "almost cookie cutters." "You see a building on one of the islands and then you see the exact building half a dozen times at each of the others," Poling said. A team of data scientists trained a machine-learning model to forecast the expansion of the islands. When China first started building, the process lagged behind the model. Over time, the two began to correlate more closely. Eventually, it was the model that was lagging behind, which told the scientists that the work was becoming more efficient.

Tom Bowles, a Spaceknow scientist who performed the analysis, said China may have been "adding more boats or bigger pumps or something else" to boost efficiency.

The index starts to increase exponentially from the beginning of 2015, with building activity reaching a climax around the second half of that year. Since then, landmass expansion has tapered off because the islands have been largely completed, Fand said.

But is this the calm before the storm? Bill Hayton, associate fellow at Chatham House for the Asia-Pacific region, said other strategic locations in the South China Sea could prove irresistible to Beijing.

Poling said there is only one land feature that keeps analysts up at night: Scarborough Shoal, which lies between the Macclesfield Bank and the Philippine island of Luzon. It is the last major feature controlled in effect by China, but on which the Chinese have not yet built anything. It is also of strategic significance, as it lies further northeast than the other islands in Chinese hands and sits at the mouth of the Bashi Channel.

Hayton agrees with Poling but also sees three other spots to watch. One is James Shoal, which is nothing more than an area of shallow sea about 52 miles off the coast of Borneo and administered by Malaysia. The shoal is included in Chinese textbooks as the southernmost part of China's territory and holds oil and gas reserves. 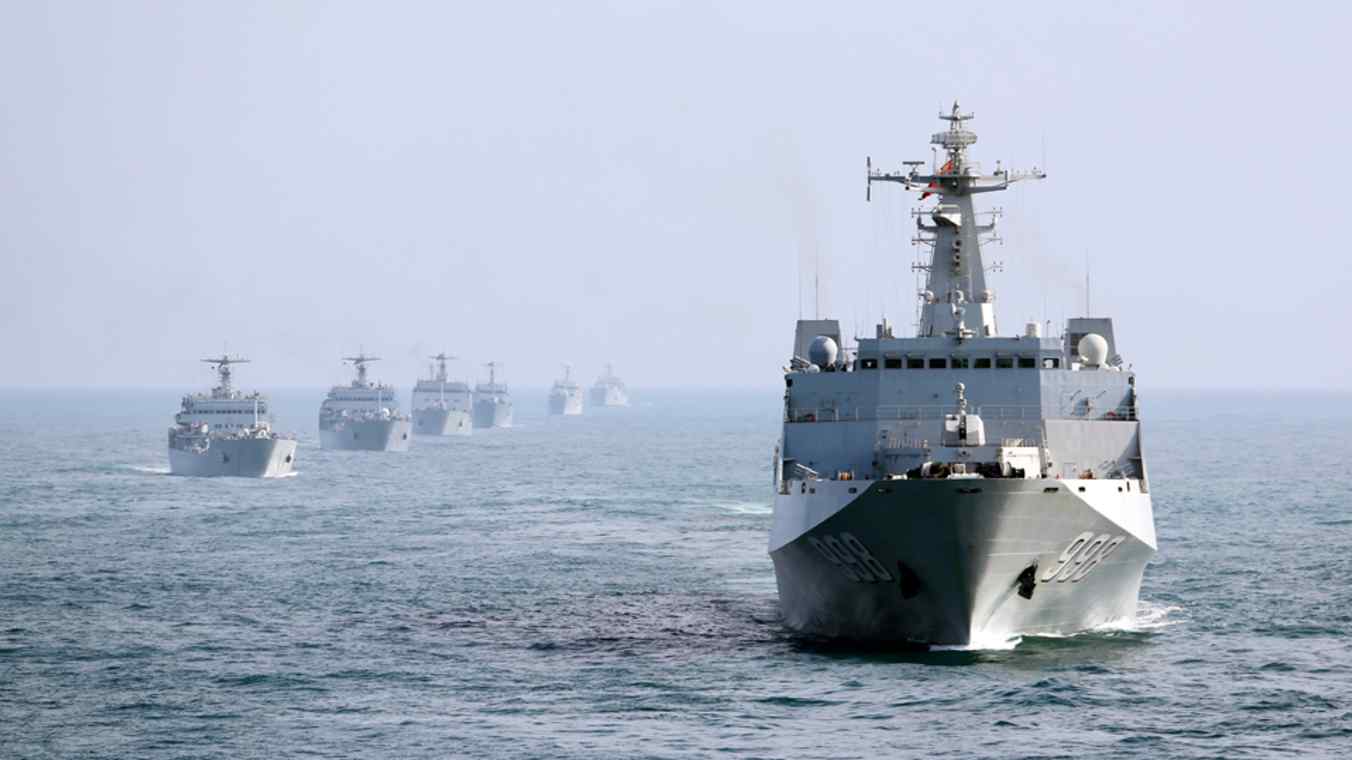 Another is Vanguard Bank, an entirely submerged feature nearest to Vietnam. Though China claims it, the bank is occupied by Vietnam, and Hayton said it would be difficult for Beijing to build on it without sparking a conflict.

The third is Macclesfield Bank, which is especially controversial, as it is located right in the center of the sea.

"We are waiting for the hammer to strike," Hayton said of future island-building. He stressed that China must recognize other countries' claims if it wants to avoid looking like the bad guy all the time.

One Chinese expert said Beijing is expected to do more digging to expand some of the islands it has built in the Spratly archipelago. The government insists the development is intended for civilian purposes.

China is constantly looking for ways to improve its territorial position and has various domestic lobbies, including the military and coastal provinces, that seek to push the claims. So the current, relatively quiet period may not last.