Company defaults rise in China and US as global figure doubles 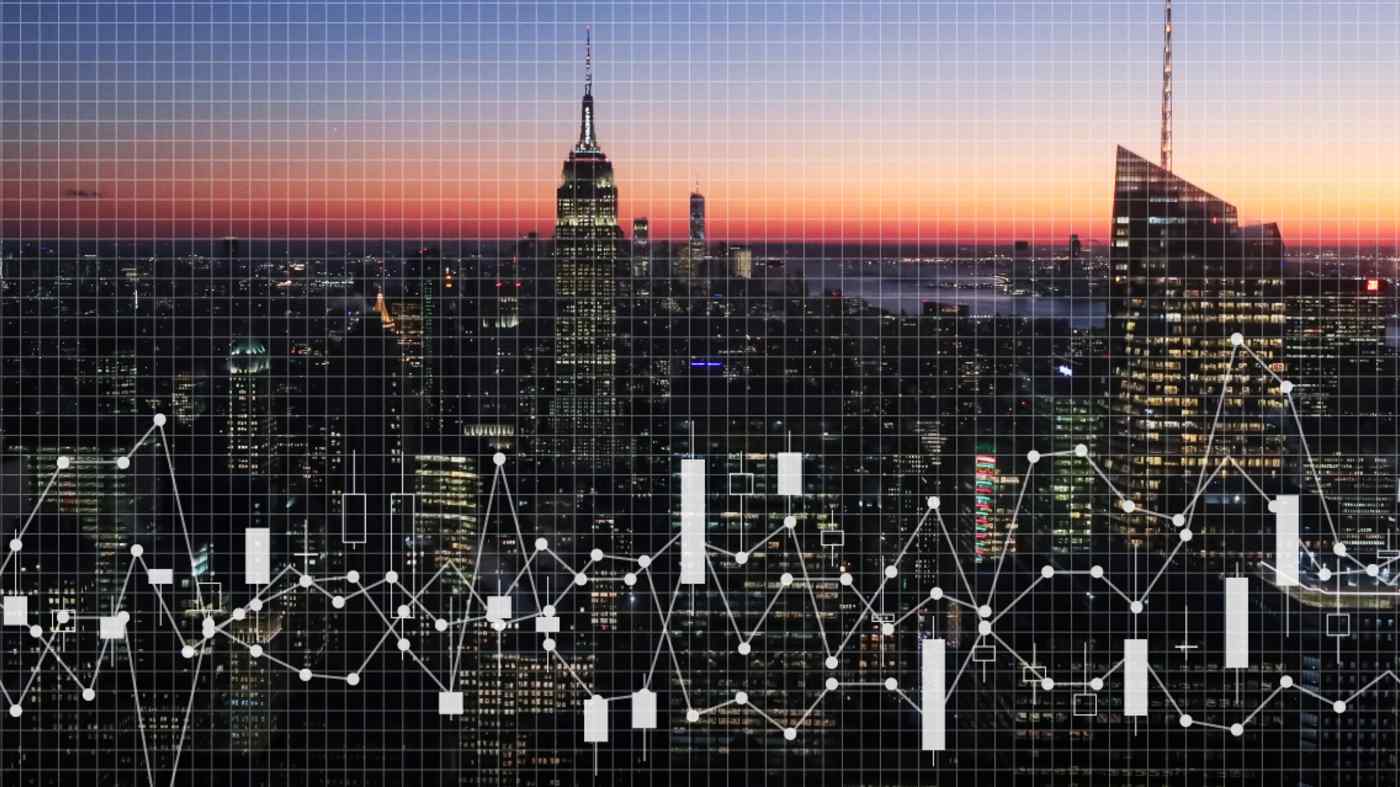 TOKYO/SHANGHAI -- A growing number of companies around the world are unable to repay their debts or make interest payments due to the coronavirus.

Data show that 223 companies have defaulted on their corporate bonds so far in 2020, double the number that defaulted the previous year.

The increase in defaults despite historically low interest rates is due to the rising number of heavily indebted companies in the U.S. and Europe over the past few years. If the bond market frets over these companies and yields rise, more bankruptcies will follow.

Corporate bond defaults are spreading in China. Since November, the total amount of corporate bonds that have been postponed or canceled is over 200 billion yuan (about $30.5 billion).

State-owned Shanxi International Energy had planned to issue 3.5 billion yuan of bonds but investors only showed up for 500 million yuan of the offering. There have been a number of defaults by Chinese state-owned companies, including the chipmaker Tsinghua Unigroup. 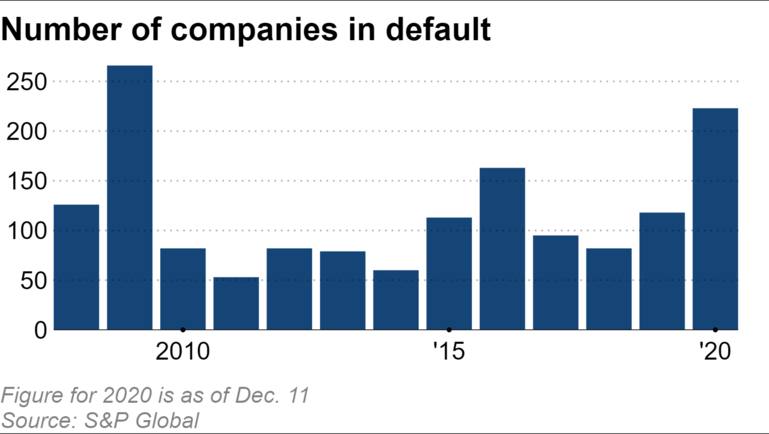 Corporate bond yields in China have also been climbing. The average interest rate on one-year certificates issued by AAA-rated Chinese companies since November stood at 4.07%, continuing its monthly rise. From July to August it was 3.47% and from September to October 3.74%.

Still, the jitters in global corporate bond markets are confined to a few countries.

The spread of corporate bond yields over government issues has fallen to 1.6 percentage points -- almost the same as before the pandemic. And the volume of corporate bonds issued in 2020 has reached a record high. The large-scale easing and fiscal policies that countries have introduced since March have helped keep interest rates at bay. On the other hand, an increasing number of companies are in default.

According to data compiled by S&P Global for companies with credit ratings, defaults in the U.S. in 2020 have risen 80% from the previous year to 143, while defaults in Europe increased 2.8 times to 42, and defaults in emerging economies, including China, rose 30% to 28. While the overall number of defaults is still lower than in 2009, the default rate has exceeded 5% for the first time since 2010. The defaults are concentrated in specific industries. In the U.S., department store J.C. Penney has gone bankrupt. In the U.K., Arcadia Group, which operates the apparel company Topshop, went bankrupt in November. Globally, of the 223 defaults, 60% are in four industries, including energy and consumer goods.

Many believe that even if and when the coronavirus fades away, earnings recovery in these industries will be slow.

Robert Sharps, chief investment officer of T. Rowe Price, a U.S. investment company, pointed out that "the digitization of a wide range of industries and markets has accelerated during the pandemic," adding that "companies that provide the infrastructure for the online economy have seen demand for their services boom."

One of the reasons for the increase in defaults is because company debt is skyrocketing.

QUICK-Factset data of 34,000 listed companies worldwide excluding the banking sector shows that in fiscal 2020, the share of companies that have more interest payments on their debt compared to earnings before interest and taxes for three years in a row, was 26.5% -- a record high. This ratio of over-indebted companies has increased from a decade ago when it was around one in five. If a country continues to support heavily indebted companies beyond necessity, the companies will become a burden for the economy as a whole. The growth rate of capital expenditure, the number of employees, and profits at companies with excess debt over the past five years is less than that of companies which hold less debt.

The financial support for companies introduced in response to the pandemic is being scaled back by governments and central banks, but S&P Global Rating writes in a report that "the focus in the second half of 2021 will likely turn to the gradual unwinding of extraordinary fiscal support." Governments and central banks need to avoid hindering business activities while encouraging a restructure of the economy and industries.