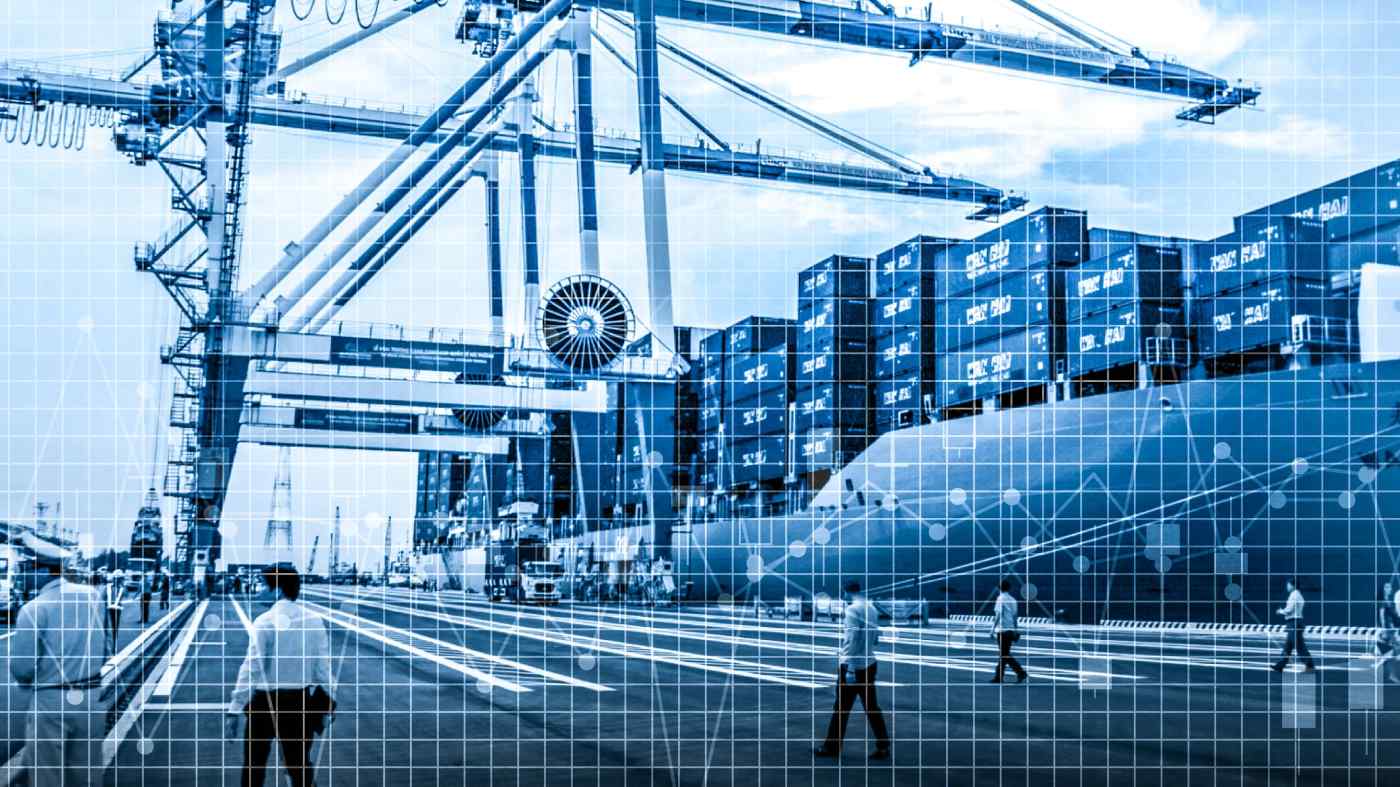 Many normal business operations are suspended in China until Feb. 9, but the coronavirus-caused disruption could continue beyond that.
KAZUYA MANABE, KENSAKU IHARA, KOTARO HOSOKAWA, and YOSHIHIRO HARA Nikkei staff writersFebruary 9, 2020 02:21 JST | China
CopyCopied

TOKYO/TAIPEI/SEOUL -- The world's economy relies on China to a degree never seen before, and the coronavirus outbreak reveals just how large a price must be paid for that dependence.

Today, China accounts for twice as large a proportion of global trade than when the SARS epidemic erupted in 2003, and the country's influence is set to carry on growing.

An estimate shows that a $10 billion decrease in Chinese manufacturing output would reduce the rest of the world's output by $6.7 billion. South Korea, Japan and the U.S. in particular are likely to feel the impact, and taking into account the ripple effect on peripheral industries, production worth about $65 billion would be curtailed.

The suspension of business operations in China due to the coronavirus outbreak is supposed to continue until Sunday, but it remains uncertain when normal operations will actually resume. If the halt is protracted, it could deal a major blow to the global economy.

Nikkei, in cooperation with Japan Center for Economic Research, analyzed the European Commission's World Input-Output Tables and found that a $10 billion fall in Chinese manufacturing output would reduce South Korean production of items for export to China by nearly $300 million. Furthermore, a drop in supply from China would decrease South Korea's shipments of completed products by about $200 million. The double whammy means South Korea would take a $500 million hit. The cost to all countries and regions combined, other than China, would come to about $6.7 billion.

But the impact could possibly be larger. Hyundai Motor, for instance, builds 34,000 cars a week at three sites in South Korea. That production will be shut down through Tuesday because of a disruption in electronic auto parts from China. Production may restart Wednesday, but it is difficult to predict what will actually occur. An analyst at a South Korean investment firm notes a one week stoppage at Hyundai could result in 700 billion won ($587 million) in loses.

In Taiwan, TSMC, a major Apple chip supplier, and Largan Precision, which makes camera lenses, saw their stock prices tumble. Though they produce in Taiwan, they were impacted by Hon Hai Precision Industry of Taiwan, which produces iPhone handsets, among others, in the mainland.

"TSMC and others are expected to be big winners in demand for 5G smartphones, but the disruptions in smartphone production in China will probably force production plans to be downgraded," says an analyst at a Taiwanese investment firm.

Samsung Electronics of South Korea, which supplies parts to Apple and Chinese telecoms giant Huawei, may also be hard pressed to avoid the impact. Compatriot LG Electronics has seen its stock price drop 7% since the end of last year.

With relatively smaller economies than the U.S. or Japan, South Korea and Taiwan are bound to feel bigger hits.

But Japan is not immune to the ripple effect. Automaker Honda Motor has revealed it will delay the restart of operations at its plant in Hubei Province. Toyota Motor will also extend the closure of its China plants, moves that will impact Japanese producers of key parts.

The stoppage of parts from China will also be felt in the U.S. Apple relies on supply fo products like smartphones from China, a halt in production there will result directly in lost sales. When the indirect spillover effect on related industries in China, such as a production decrease in those sectors is added, the negative impact would reach some $65 billion, about 6.5 times larger than the fall in output due to direct impact.

China is also the world's top trader, with the International Trade Center estimating its share of global trade at about 12%, surpassing that of the U.S. In 2003, China had slightly below a 6% share. 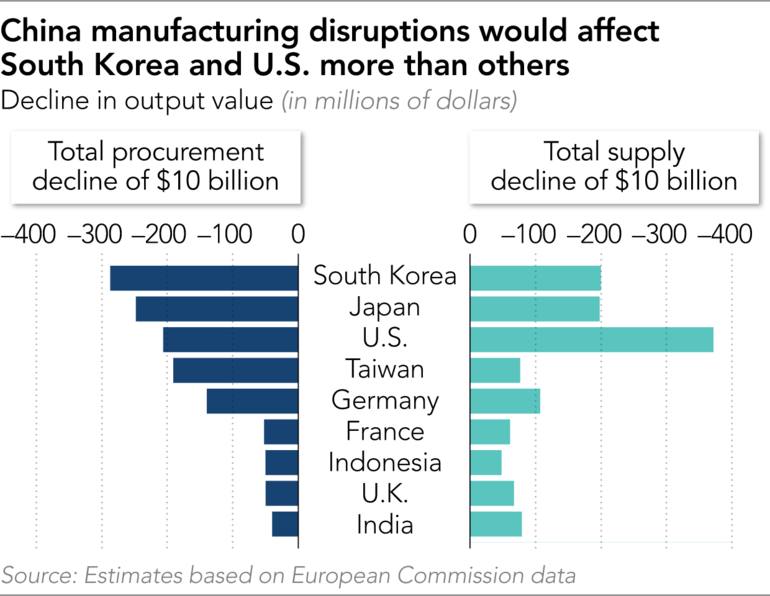 Taiwan, the main supplier of electronic parts to China, sees trade with the mainland make up 36% of its total. For South Korea's trade with China, the figure is 28%. It used to be said that when the U.S. sneezes, Japan catches a cold. Now the ratio of trade with China in Japan, 22%, exceeds the 15% with the U.S. In Germany, a machinery exporter, the ratio is 6%. Both Japan and Germany have witnessed a sharp growth in the ratio since 2003.

Emerging nations are afraid of a reversal in the direction of the flow of Chinese money. China's outstanding balance of outward foreign direct investment, excluding investment in Hong Kong and Macao, was $8.1 billion in 2003. The figure soared to $870 billion in 2018, over 100 times more than 15 years earlier.

The growth in China's investment is especially conspicuous in Southeast Asia, with Chinese presence substantially expanding from 2003 in Malaysia and Indonesia. Depending upon the future course of the coronavirus outbreak, China's foreign investment may lose momentum, possibly causing a reversal in the flow of Chinese money.