Coworking offices increase but restaurants pushed out of business 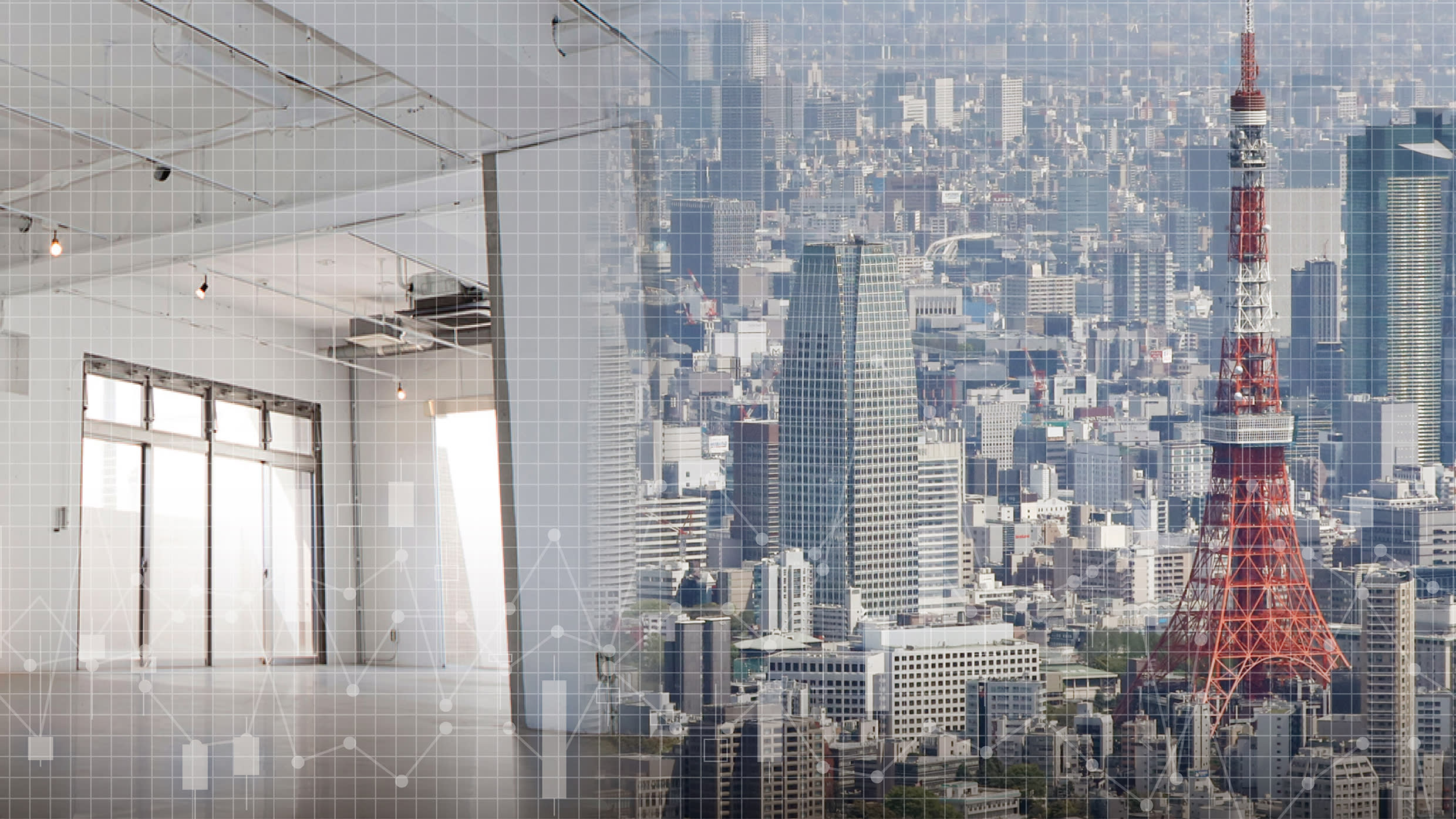 In Shibuya ward, at the center of Japan's capital, the amount of vacant restaurant properties has doubled over the course of the outbreak.

Meanwhile, tenants for coworking offices are increasing, as people increasingly work outside their company headquarters.

Tokyo has developed on the premise of its huge commuting population, but the pandemic is gradually altering its property market.

Bagus, an operator of darts bars, started to collaborate in July with coworking office company iioffice. Bagus repurposed two of its darts bars so customers can work from there in shared office space.

Many companies are asking employees to work at home. But houses in Tokyo are often not big enough. While many people have found themselves working in their bedrooms or kitchens, some are heading instead to coworking spaces. Tetsuya Watanabe, an executive at Bagus, said: "Since April, most of our darts bars were not making a profit. We can pay some of our rent by earning revenues from shared offices."

Hiroshi Ryuzaki, president of iioffice, said: "There is demand from owners who have vacant properties and office workers who want to work outside the home." The company plans to open 70 new coworking spaces in the next three months. 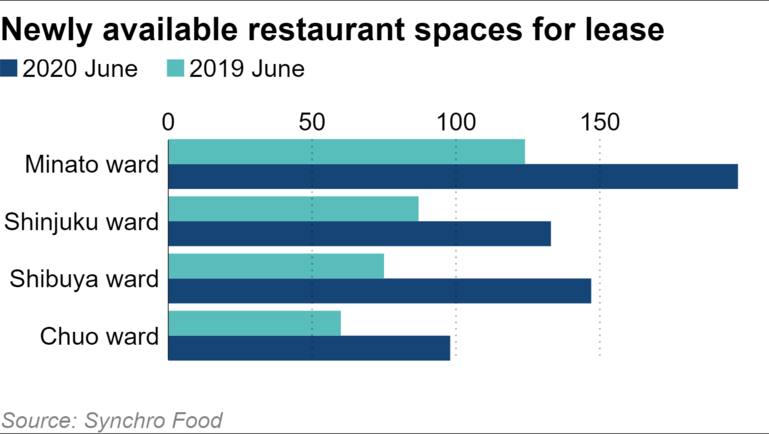 According to Synchro Food, a company that operates a website for restaurant spaces for lease, there were 147 properties that became newly available for lease in June in Shibuya, twice the amount in the same month last year. Shinjuku ward and Minato ward, which is also in the center of Tokyo, both saw a 50% year-on-year increase in available restaurant space. A similar trend has emerged in July and August.

It is not only restaurants but also traditional office properties that are struggling to find new tenants. 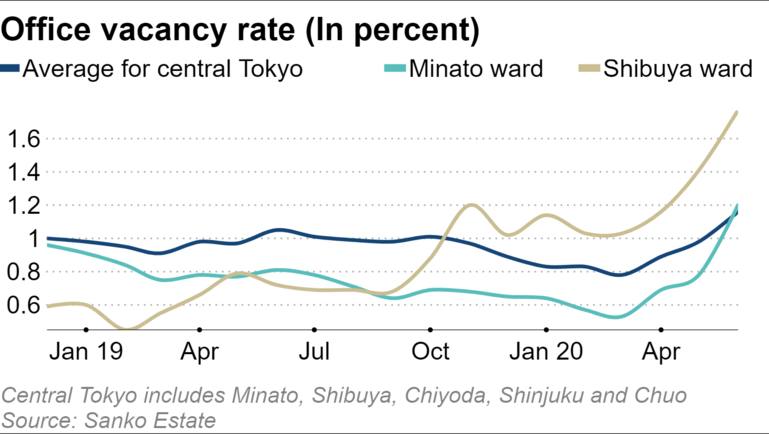 According to S&P Global, the market capitalization of Real Estate Investment Trusts that invest in commercial properties saw more than 40% decrease compared with the end of last year. This was a larger fall compared with the total REIT market, which includes residential property. While some sectors are seeing a negative effect from the change, new businesses are also emerging.

Tempo Innovation, a company that leases properties in the food service industry, said that between April and May, a number of food delivery companies have leased outlets that used to be restaurants. Yohei Shimura, an executive at Tempo, added: "If the pandemic continues, we can expect more demand from food delivery services to rent spaces."

In the 1990s, when a financial crisis hit Tokyo, a number of life insurance companies who had headquarters around Shibuya went bankrupt. Due to this, vacancy rates surged and rents declined.

However, in the past decade or so, IT startups have made bases in Shibuya, which offered lower and affordable rents. As a result, Shibuya is now seen as the epicenter of the growing high-tech industry in Japan.

Some expect that the coronavirus will cause the city to transform again. Keigo Fukushima, who works at Tokyu Corporation, a property developer in Shibuya, said: "How cities nurture innovation and culture is more important than office vacancy rates."