'Death of yields' puts countries at risk of 'Japanization'

Interest rates dip below 1% in half of world's major economies 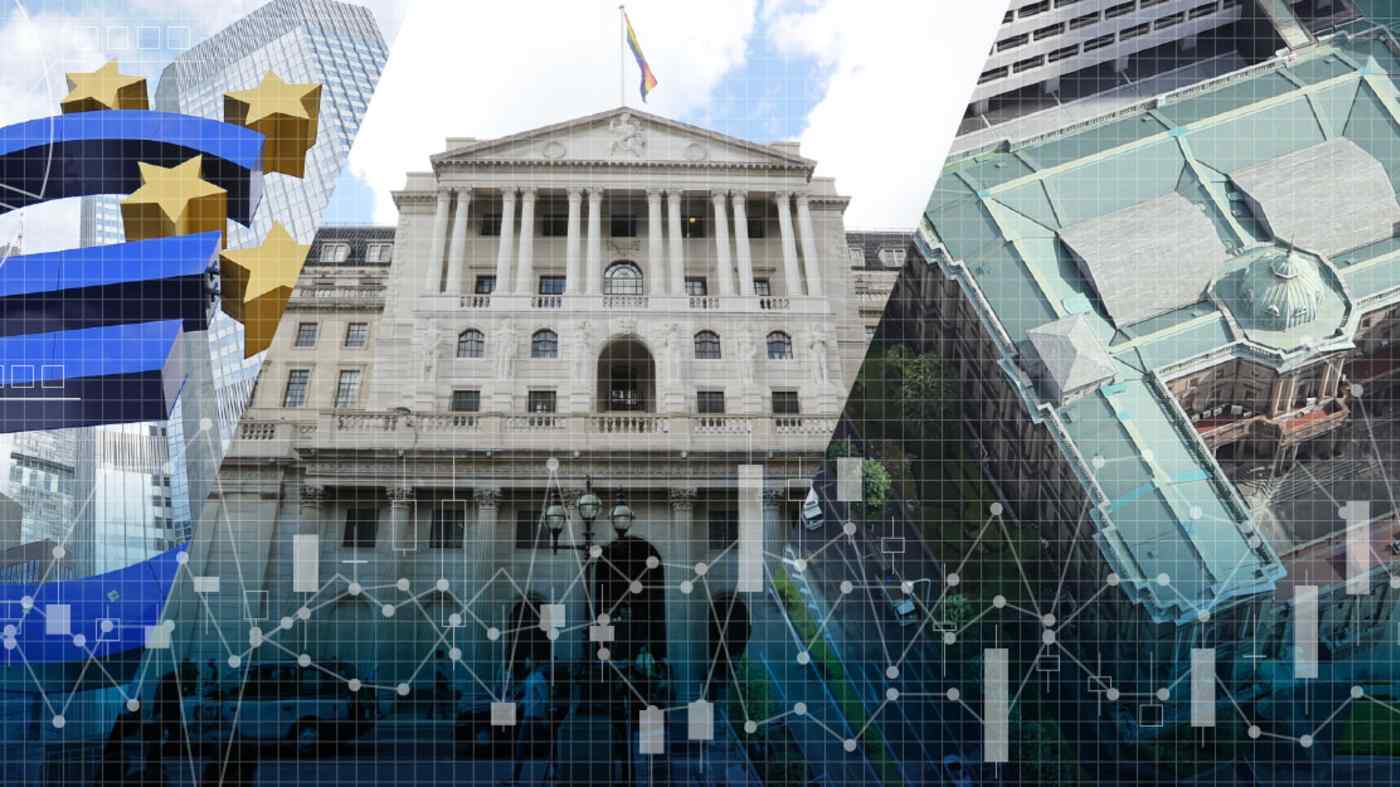 TOKYO -- Where did interest rates go?

Until 2010, the only country that had yields lower than 1% for its government bonds was Japan. The low yield was interpreted as an anomaly; a unique country facing deflation with an aging population. However, lower interest rates are becoming a global phenomenon.

According to Refinitiv data analyzed by Nikkei, of the 10-year government bonds in around 60 major economies, 30 were found to have yields below 1%. Ten were below 0%.

As for countries with major economies having yields lower than 1%, there were seven more compared with the end of last year. Australia's were around 0.6% at the lowest point this year, Thailand's were below 2% and Hungary's were below 3%. 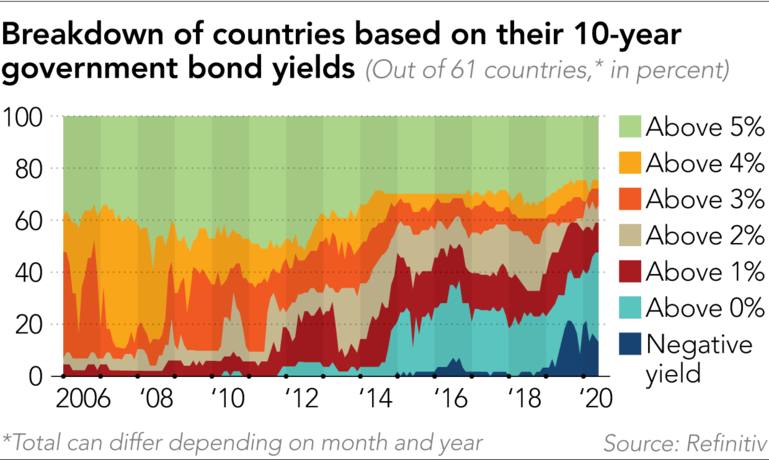 If this so-called death of yields becomes a trend, interest rates will begin to lose their function.

If noncompetitive companies can borrow money for little cost, the overall economy becomes inefficient. Moreover, if zombie companies are allowed to survive, they may cling on to talented workers and valuable businesses, reducing opportunity for others.

Interest rates facilitate competition in the corporate sector or warn countries with deteriorating budgets and inflation. Former Bank of Japan Gov. Toshihiko Fukui said in an oral history that "a 1% interest rate is the minimum level to maintain the function" in the market.

Other side effects include the likes of pension funds and insurance companies not being able to raise enough profit by investing in bonds. They would have to invest in equities, forcing them to take higher risks. Banks would have to lend at lower interest rates, leading to lower profits.

The main reason for lower yields is the pandemic and the resulting economic crisis. Central banks in 146 countries and regions have lowered their monetary policy rates. Central banks have also purchased huge amounts of sovereign bonds, which eventually lowered the yield.

According to a calculation by the Institute of International Finance, the Federal Reserve Board will have 22% of the government bonds at the end of June, increasing 8 percentage points from the end of last year. The European Central Bank and the Bank of England holds about 30% of their region or country's sovereign bonds, while the Bank of Japan holds around half of the sovereign bonds. Some analysts worry that interest rates might not rise even if the coronavirus fades away.

In advanced economies, aging populations are leading to more saving than spending, which makes money flood into the bond market and lowers interest rates.

Since the global financial crisis in 2008 and 2009, companies and governments around the world have been borrowing money thanks to low interest rates, and the world's total debt has ballooned to more than three times gross domestic product. However, that has not led to economic growth.

In the 1940s, the U.S. tried to set an upper limit for interest rates in an attempt to create demand after going through a depression the decade before. However, Kenichi Hirayama, chief investment officer at Tokyo Marine Asset Management, noted, "The main reason the U.S. was able to get out of the depression was the demand created by World War II." History demonstrates that it would be difficult to create sufficiently large demand by low interest rates alone.

On the other hand, the pandemic has made people recognize the necessity of driving innovation through internet technology. People are increasingly working from home with their computers, and more people are using e-commerce. There is still a possibility that economic productivity might increase.

Will the world economy start growing again or head to a "Japanization"? The "death of yields" shows that many countries are standing at the crossroads.