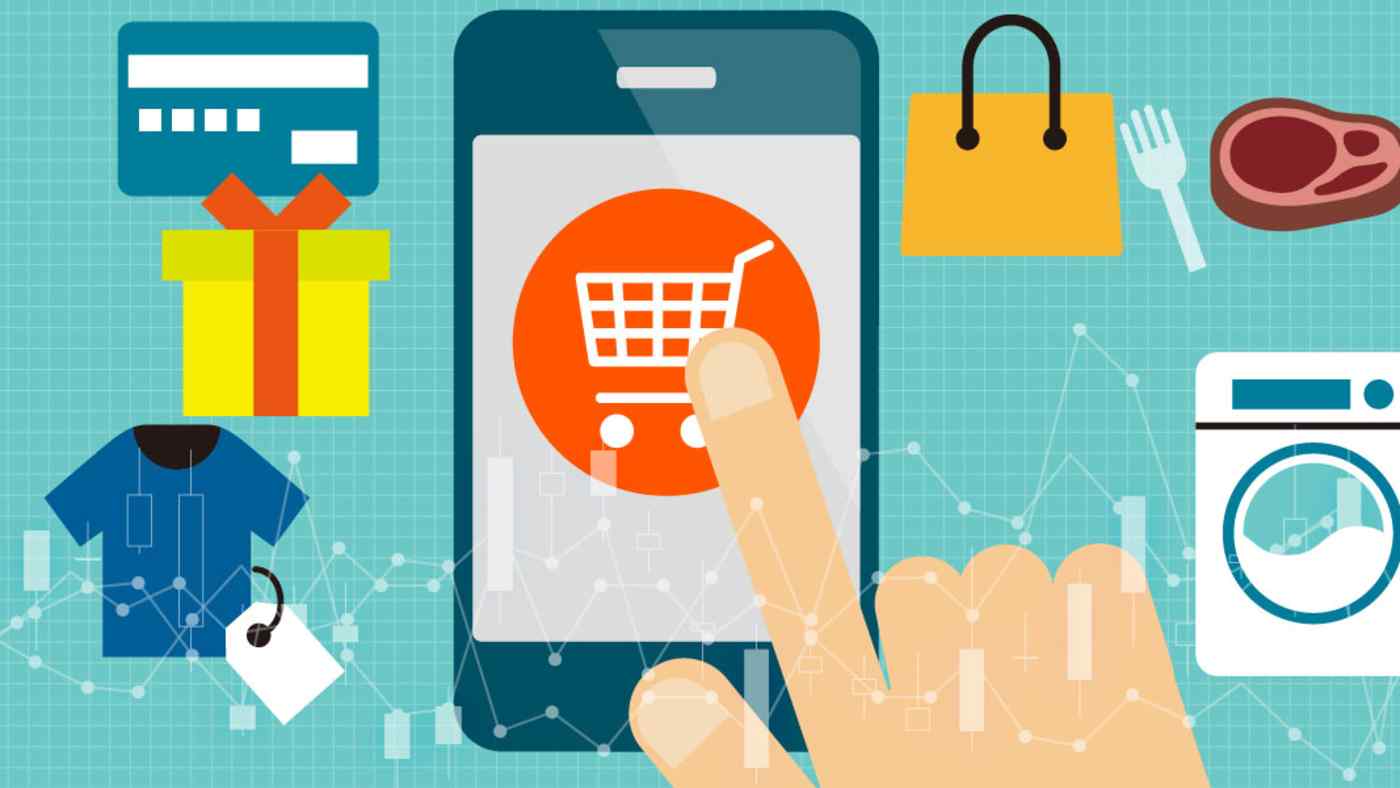 TOKYO/NEW YORK -- Japanese household consumption is likely to be boosted by a spending spree before too long, as the government introduced cash handouts after the pandemic hit the economy. But in the meantime, statistics show that Japan's consumption has plunged the most among advanced economies.

Monthly retail sales in most advanced economies are higher than they were before the pandemic. But in Japan they are still below pre-pandemic levels and household savings and cash are now at a record high. To induce people to spend more of these hoards, efforts to further digitize the economy will be essential.

In the April to June quarter, annualized household expenditures in Japan totaled 266 trillion yen ($2.5 trillion), down 9% versus the previous quarter. Monthly retail sales in July were 3% lower than in June.

Other advanced economies are recovering faster. Retail sales for the members of the Organization for Economic Cooperation and Development rose, on average, above the pre-pandemic level in June.

But Google mobility data indicates people in these countries were not visiting shopping districts in June and July in large numbers, suggesting that many people are shopping online instead. Cash handouts from governments also buttressed online spending. 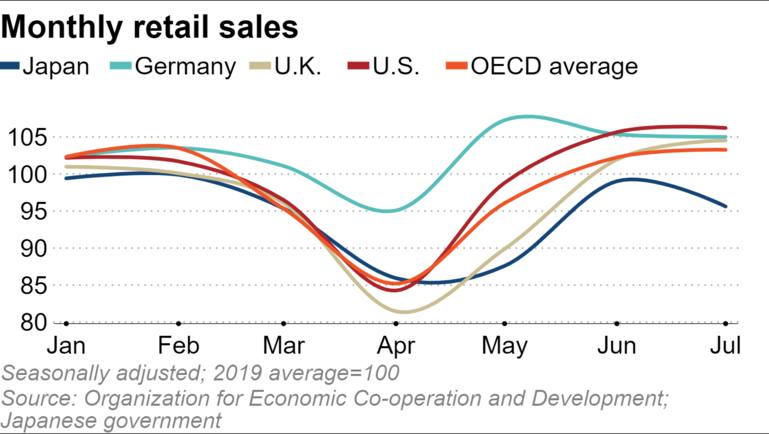 In Japan, the coronavirus pandemic hit the country in the spring, keeping people at home and their money unspent. Tokyo rushed to implement policies to support the household sector. One of the key policies was cash handouts: 100,000 yen (about $950) per person. While this will make a big dent in Japan's coffers, the policy has still not induced households to spend as much as the government expected.

Cash and deposits held by households reached a record 1,030 trillion yen at the end of June, up 30 trillion yen from three months earlier. This is in stark contrast to the U.S., where consumers have been spending their own pandemic cash handouts from the government and boosting the economy. 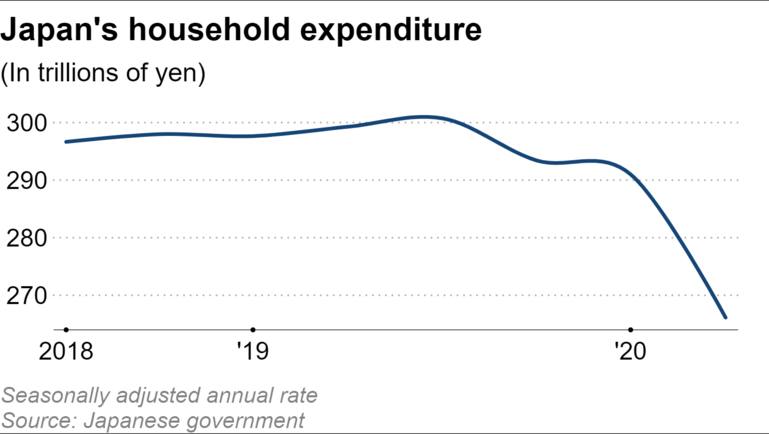 So what is holding back the consumption splurge in Japan? Some have suggested that there is more development needed in the e-commerce sector.

According to a 2019 survey by German research company Statista, 16% of Japanese people said they had not bought anything on the internet over the previous year. This is the highest level among advanced economies and fourth highest among the 45 economies including developing ones. While it shows that Japan is currently lagging in adoption of e-commerce, it also indicates that once digitalization kicks in, there is huge potential for increased household spending.

For example, Japanese furniture company Nitori has started to expand its e-commerce business using augmented reality. Via a smartphone app, its customers can experiment with different types of furniture in their rooms. This kind of new digital technology has made a positive difference to Nitori's sales revenue; from March to May this year, online sales revenues increased around 40% compared with the same period last year.

With the pandemic now many months old, consumers are tired of staying at home and are willing to spend more. But, in order to see a V-shaped rebound in Japan's economy, the government and companies need to utilize digital transformation technologies to stimulate the household sector.