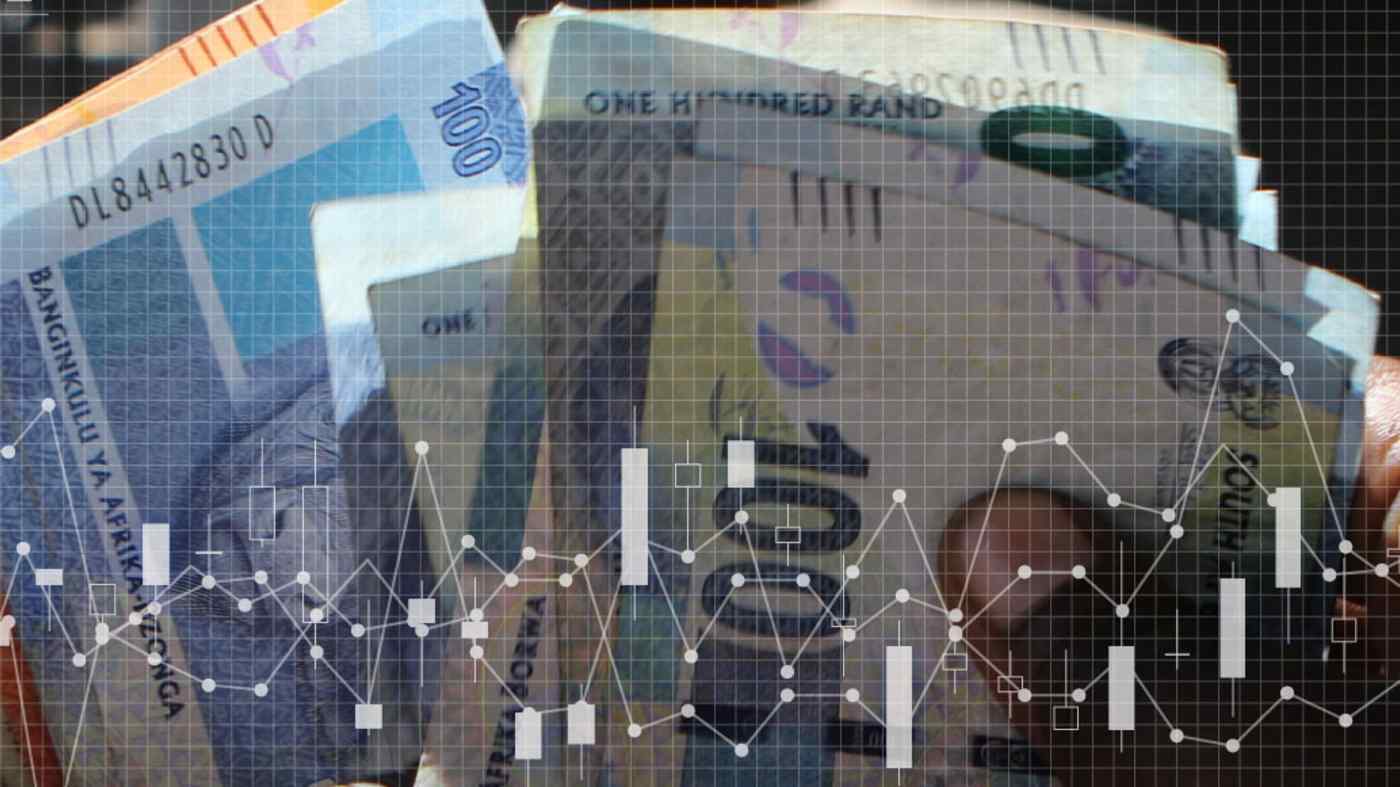 The current plunge reflects increased investor concerns about the outlook for emerging nations' public finances, which are deteriorating rapidly due to the spread of novel coronavirus infections and steep falls in the price of crude oil. Drops in the value of emerging economies' currencies increase the burden of their dollar-denominated debt.

Although financial markets appear to have regained stability thanks to the massive supply of liquidity by the U.S., Japanese and European central banks, there are concerns that emerging economies will become a new flash point of instability.

The MSCI Emerging Market Currency Index, which tracks overall movements of emerging market currencies, dropped 6% in the January-March period this year, the steepest quarterly fall since 2015 when China badly shook global financial markets with the devaluation of the renminbi.

Plunges are noticeable in the value of emerging market currencies against the U.S. dollar. The South African rand and Turkish lira are at their lowest levels after plummeting 26% and 15%, respectively, compared to December 2019. Foreign exchange reserves of the two countries are now below the appropriate level set by the International Monetary Fund, making their currencies primary targets of sell-offs. The Indonesian rupiah and Brazilian real have fallen 7% and 25%, respectively.

Many emerging economies rely on tourism, demand for which has disappeared in the wake of the pandemic. Turkey faces a dilemma because an interest rate cut by its central bank to underpin economic activity has accelerated the depreciation of the lira.

Some $40 billion has moved out of bond investment funds in emerging economies since the start of 2020, already exceeding the largest yearly outflow set in 2015, according to fund flow tracker EPFR.

Concerns about the fiscal sustainability of emerging economies are a major reason for the plunges in the value of their currencies. While tax revenue will unavoidably decrease because of economic stagnation resulting from the pandemic and associated social distancing measures, fiscal spending will increase to stimulate economic activity and make up for falls in private-sector demand and reinforce medical infrastructures.

Malaysia has worked out a huge economic stimulus package worth 18% of its gross domestic product, while Indonesia has temporarily shelved fiscal discipline rules introduced after the 1997 Asian financial crisis.

The IMF has forecast that the overall fiscal deficit of emerging economies will reach a level equivalent to 8.9% of GDP this year, revising its projection in the autumn of 2019 upward by 1.8 times. The ratio of deficit will set new highs for Indonesia and South Africa, according to the IMF. Oil producing countries, such as Brazil and Mexico, will suffer from the massive drops in the price of crude oil. 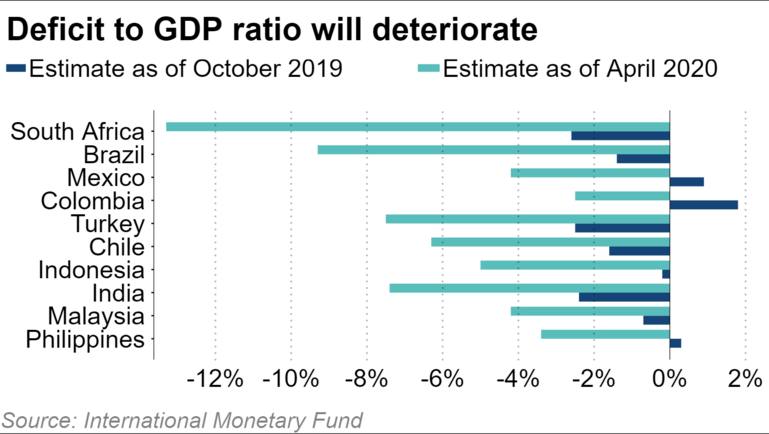 Emerging markets are caught in a "perfect storm," the fund said.

S&P Global Rating, a leading U.S. credit rating agency, has downgraded its credit ratings for 15 nations since January, citing their financial weakness. In addition, some 10 countries are exposed to the risk of further downgrades.

The number of credit rating downgrades in 2020 might turn out to be the highest since the European debt crisis of 2011.

If the creditworthiness of a country is damaged by a cut in its ratings, its debt repayment capacity will be questioned; this could lead to a rise in interest rates and a depreciation of government bonds. Ecuador has already fallen into a de facto default as plunges in crude oil prices have dragged the country to a fiscal stalemate.

The debt of emerging market nations is casting a dark shadow over the world economy's outlook, as it has already grown to a record level. Emerging countries' debt, including the public and private sectors, has ballooned to an all-time high of $71 trillion as of December 2019, topping their combined GDP by 2.2 times, according to the International Institute of Finance. Their interest and debt payments in dollars will only increase if their currencies continue to depreciate against the U.S. currency. The IIF said emerging economies would need to raise $730 billion by the end of this year to meet their debt repayments in foreign currencies.

A fall in the value of a nation's currency also creates inflationary pressure as it raises the prices of imported goods. Already suffering from the effects of the pandemic, emerging markets might weaken further economically and face a spiral of additional falls in their currencies.

At a press conference on Wednesday, Federal Reserve Chairman Jerome Powell mentioned a plan to work out additional stimulus measures, saying that the Fed would use its "full range of tools to support the economy at this challenging time."

The global financial markets are currently able to take a breath, thanks to desperate efforts by central banks around the world to ease the impact of the pandemic. But as well as concerns about a second peak of infections, there also remains a risk of a second wave of market turmoil for emerging economies.