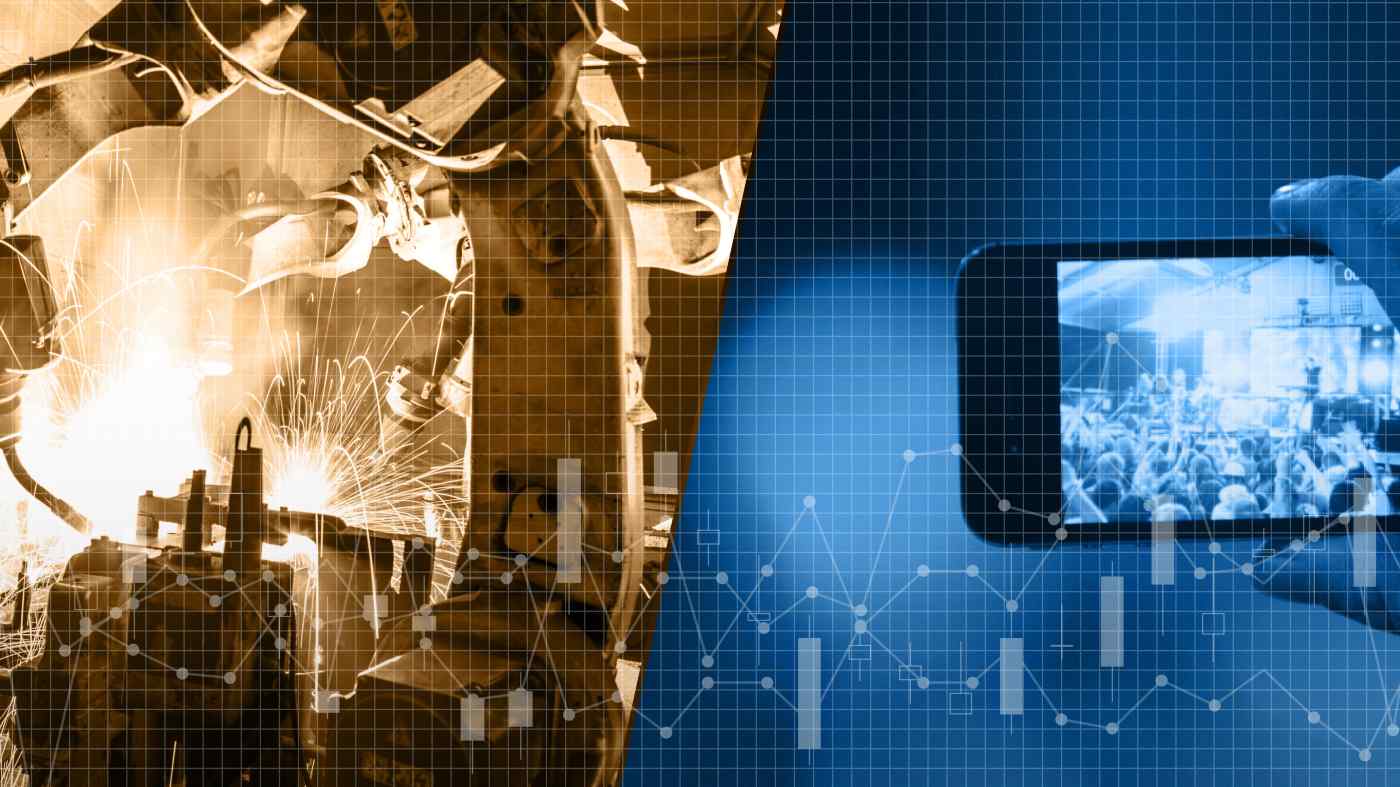 TOKYO -- Corporate Japan, once renowned for technological innovation, is not only lagging behind the U.S. in research and development spending but is becoming less eager to take risk and invest in untested fields.

New innovations such as self-driving technology and "internet of things" have upended existing business models in which high product quality gave Japanese companies an edge in global competition. Now companies with access to patented technologies and big data dominate markets, making R&D investment even more imperative. Unless Japan Inc. steps up investment, it may not be able to keep up with competition in the era of digital technology.

The U.S. also outpaces Japan in growth in R&D spending. Overall, American private-sector investment in R&D grew 23% in the five years through 2018 -- 9 percentage points faster than the growth in Japan.

R&D spending accounted for 6.3% of sales at American companies, more than double the 2.8% in Japan. In the past, Japanese companies were seen as more willing to make investment from a medium-term perspective, but the trend appears to have reversed.

Developing AI-powered, self-driving technology requires data on numerous driving tests. Developing better AI by spending a huge amount of money would enable companies to generate profits from new services. That is the thinking behind the top U.S. tech companies. Other corporate investment trends highlight the difference in mindset between the two countries.

Japanese capital spending tends to focus on plants and physical equipment rather than information technology. U.S. investment in software jumped 44% between 2013 and 2018 even as Japan's slid 3%, according to GDP data. With fixed-asset investment, the U.S. has seen a sharp rise in spending on IT equipment, while purchases of industrial machinery have grown faster in Japan.

Sony President and CEO Kenichiro Yoshida has called technology a "source of strength" for the conglomerate's diverse businesses. The company spent 481.2 billion yen on R&D in fiscal 2018, with investment in the semiconductor business, a major profit center, rising 16% on the year to 124.2 billion yen.

Yet companywide R&D spending grew only about 3% over the five years through fiscal 2018. South Korean rival Samsung Electronics boosted its investment roughly 30% over the same period to 18.35 trillion won ($15.6 billion).

"Sony's been strong when it comes to development for growing its existing businesses, but it's not clear how much it has spent on development that would help create new ones," said Takeo Miyamoto of Mitsubishi UFJ Morgan Stanley Securities. 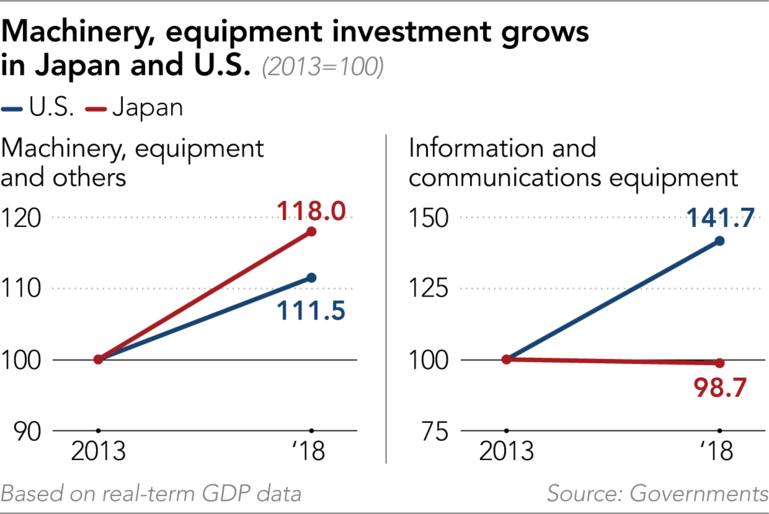 Pouring massive amounts of money in R&D alone does not guarantee success. As having technological expertise in a wide range of fields has become essential, trying to develop everything on its own is not a winning strategy.
Forming partnerships and investing in startups is also necessary. Lagging behind in digital investment could put the future of the country in peril.