From wine to Chinese medicine, risk of bubbles rises globally 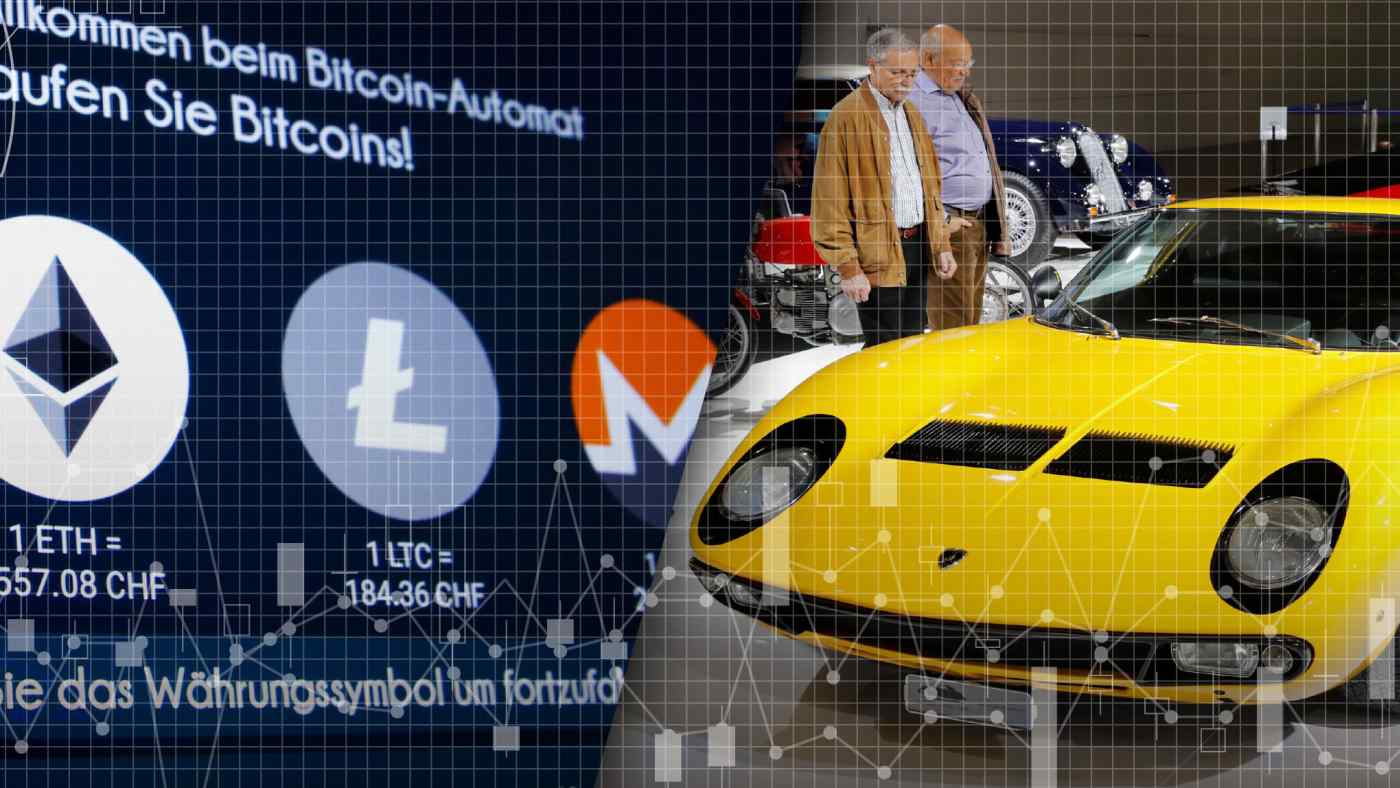 TOKYO/SHANGHAI/NEW YORK -- Governments and central banks around the world continue to implement unprecedented fiscal stimulus measures and monetary easing to prevent an economic crisis arising from the pandemic -- to the point that investors and analysts are now starting to spot signs of asset bubbles.

In China's Hebei province, the price of cow gallstones, which are used in Chinese traditional medicine, has surged: four years ago it was a little more than 100,000 yuan ($15,400) per kilogram, but the price offered by traders has now quadrupled to 500,000 yuan. Speculators have cited scarcity of the gallstones for their rising price.

Similar trends can be seen around the world, with unimaginable prices being paid for all kinds of luxury goods at auction.

A toy replica of a Ferrari car has sold for 120,000 euros, a bottle of Romanee-Conti wine for hundreds of thousands of dollars, and a baseball card for millions of dollars.

In another example, in February, a computer graphic of an ape that looked like it was drawn on an old computer sold for $900,000. While it looks retro, this is part of a digital art series known as CryptoPunk, which uses modern blockchain technology to guarantee that there is only one of its kind in the world. The market for digital art has grown 400 times in value in the past year.

Some people are paying hundreds of thousands of dollars for Cryptopunks, a new form of digital art.   © Larva Labs LLC/Handout via Reuters

At the same time, the price of cryptocurrency Bitcoin has risen more than sixfold in the past year.

Former chairman of the U.S. Federal Reserve Alan Greenspan said in 2002 that "it was very difficult to definitively identify a bubble until after the fact -- that is, when its bursting confirmed its existence." Before they get their fingers burned, investors are again trying to assess whether the current situation is a bubble or not.

Some indicators show that today's asset markets are more overheated than those during past asset bubbles.

Ray Dalio, a hedge fund manager, has calculated a bubble index derived from six indices including the bullishness of market sentiment over the years. It now stands at 77%. Although the risk is increasing, he expects that there is still room for upside compared with the lead-up to the Wall Street crash of 1929 and the dot-com bubble in the 1990s, when his data show the index was at 100%.

Nikkei compared five indicators, and found that three of them show that risk is currently high. The Buffett indicator, which is the ratio of stock market valuation to gross domestic product, reached 186% in the U.S, far exceeding the figures during the dot-com bubble or before the financial crisis in the late 2000s. 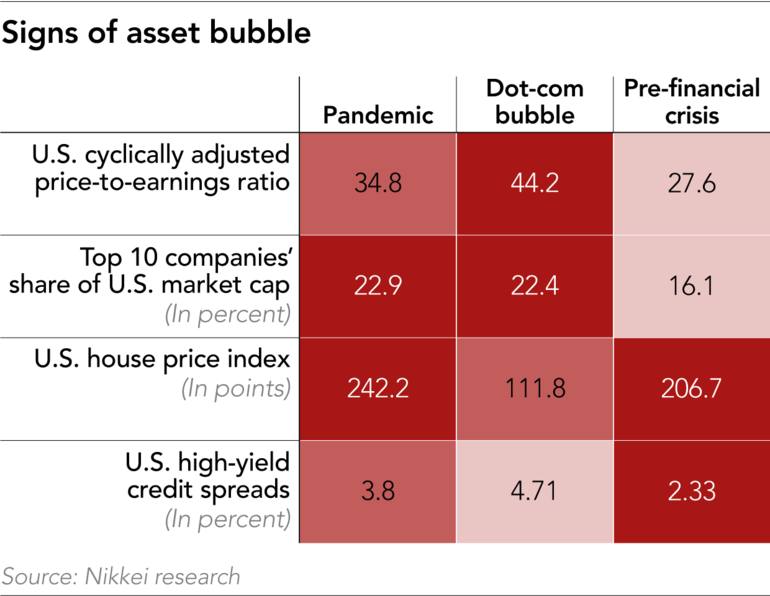 The U.S. house price index, meanwhile, has now surpassed the level before the financial crisis. According to the Bank for International Settlements, the average global home price has increased by 19% compared to 2010. Price have increased in particular in India, Germany and the U.S.

As the risk of asset bubble increases, governments and central banks are facing difficult decisions.

In China, real estate prices are rising in major cities; since January, banks have imposed restrictions on loans to real estate companies and mortgages to individuals.

Meanwhile, the U.S. continues to stimulate the economy. In February, the U.S. House of Representatives passed an economic stimulus package totaling $1.9 trillion.

Now, investors fear that something similar will happen to 2013, when the U.S. Federal Reserve signaled a tapering of its asset purchases and quantitative easing policies, triggering the so-called 'taper tantrum,' when panicked investors caused a plunge in the stock market. Similarly, at the end of February this year, the global stock market plunged as the 10-year U.S. Treasury yields rose sharply.

But Mark Haefele, chief investment officer at UBS Wealth Management, in January wrote in a letter to investors: "policymakers have chosen to make safe assets expensive, and risky assets relatively appealing. This may lead to higher valuations relative to history, but there are reasons to believe this policy environment may persist for years."

Due to fiscal stimulus, the U.S. debt-to-GDP ratio increased to 1.29 in 2020, up from 1.08 in 2019. Japan, the EU and China are also at record high levels. Without clear exit strategies for governments and central banks from current fiscal and monetary policies, the burden on future generations will continue to increase.