Global crude inventories to max out in 2 months amid coronavirus

Plunging demand leads to a strain on storage facilities 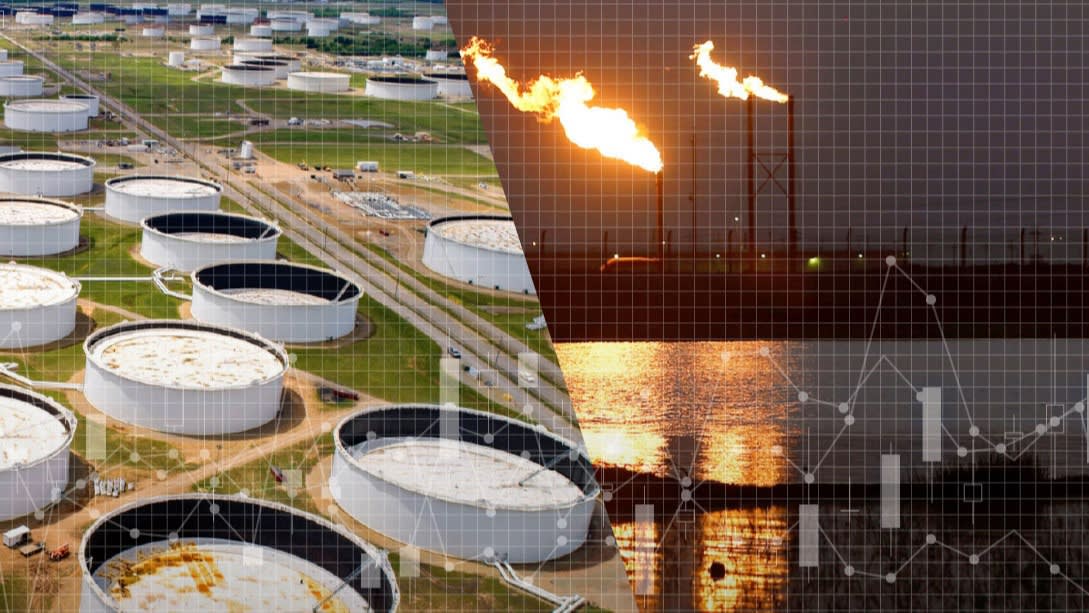 TOKYO/DUBAI/NEW YORK -- Global inventories of crude oil are rapidly increasing and may peak in June. But despite demand for gasoline and other petroleum products plunging due to the new coronavirus, oil producing countries are reluctant to cut production.

The possibility of oil storage maxing out in two months cannot be ignored as a rapid rebound in demand is unlikely now that countries are still figuring out how to reopen stalled economies.

The American oil storage hub in Cushing, Oklahoma can hold up to 76 million barrels of oil. But as of the third week of April, inventories totaled 60 million barrels -- an increase of more than 50% from a month earlier. And although there still appears to be room, many of the storage tanks are already booked.

OPEC+ -- the Organization of Petroleum Exporting Countries and other producers -- have agreed to reduce daily output by 9.7 million barrels from May, roughly equivalent to 10% of global demand.

But the International Energy Agency has forecast that year-on-year daily demand will drop 23 million barrels in April-June; a further decrease from the 10.8 million in March. Therefore, a production cut will not alleviate the shortage of storage. Inventories in the Organization for Economic Cooperation and Development countries were estimated at a little over 3 billion barrels at the end of March, according to the U.S. Energy Information Administration. This equals 70% of their combined storage capacity. Usually, 80% of capacity is optimal. This gives OECD members about 500 million more barrels of storage, but space is rapidly dwindling.

A satellite-based overview of oil tanks around the world shows they are quickly filling up. Orbital Insight, a U.S. geospatial analytics company, tracks more than 27,000 floating-roof tanks around the world, or about 70% of onshore storage. Storage in the tanks was estimated to have increased by 200 million barrels, or about 7%, in a little over a month until mid-April, Orbital said. 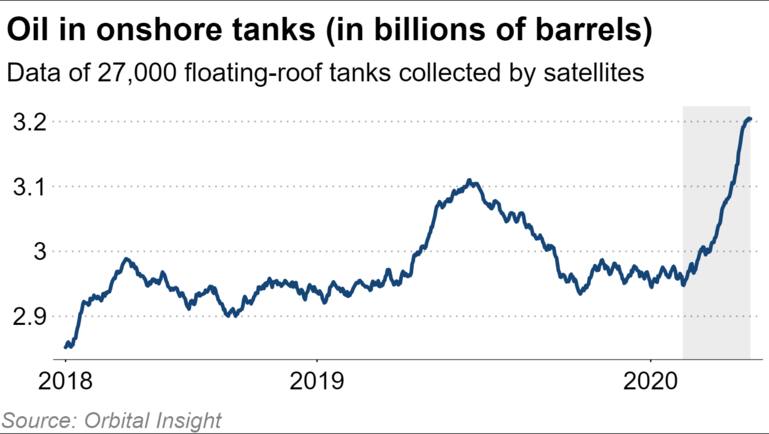 Assuming the pace of building storage tanks in OECD countries remains at the yearly average, the tanks will be 80% full by June.

Japan is dependent on oil imports, so it can manage inventories relatively easy, while storage in the U.S. changes depending on domestic output. Despite the differences between these and other countries, oil storage capabilities are nearly equal, and nearing breaking points.

Offshore storage is also increasing beyond that stored on land. Market data company Refinitiv has found that around 120 million barrels were sitting offshore as of mid-April. Oil producing countries are slow in addressing what is becoming a real problem. Although Saudi Arabia will cut production by 40% in May, it continues to offload cheap oil, waiting until the last minute in order to maintain market share in Asia and crush U.S. shale.

Additionally, some oil producing countries need to keep pumping to keep their economies alive. For example, Iraq cannot pay half of government salaries without oil revenues.

As the U.S. awaits worldwide production to decrease amid falling prices, output in the country remains unchanged from a year earlier. Although the U.S. and Canada are set to cooperate with OPEC+, they have yet to figure out how to do it.

According to the International Monetary Fund, Saudi Arabia and other Middle Eastern producers need oil at $70 to $90 a barrel to keep budgets balanced. And if the price falls below $40, most U.S. shale companies fall into the red.