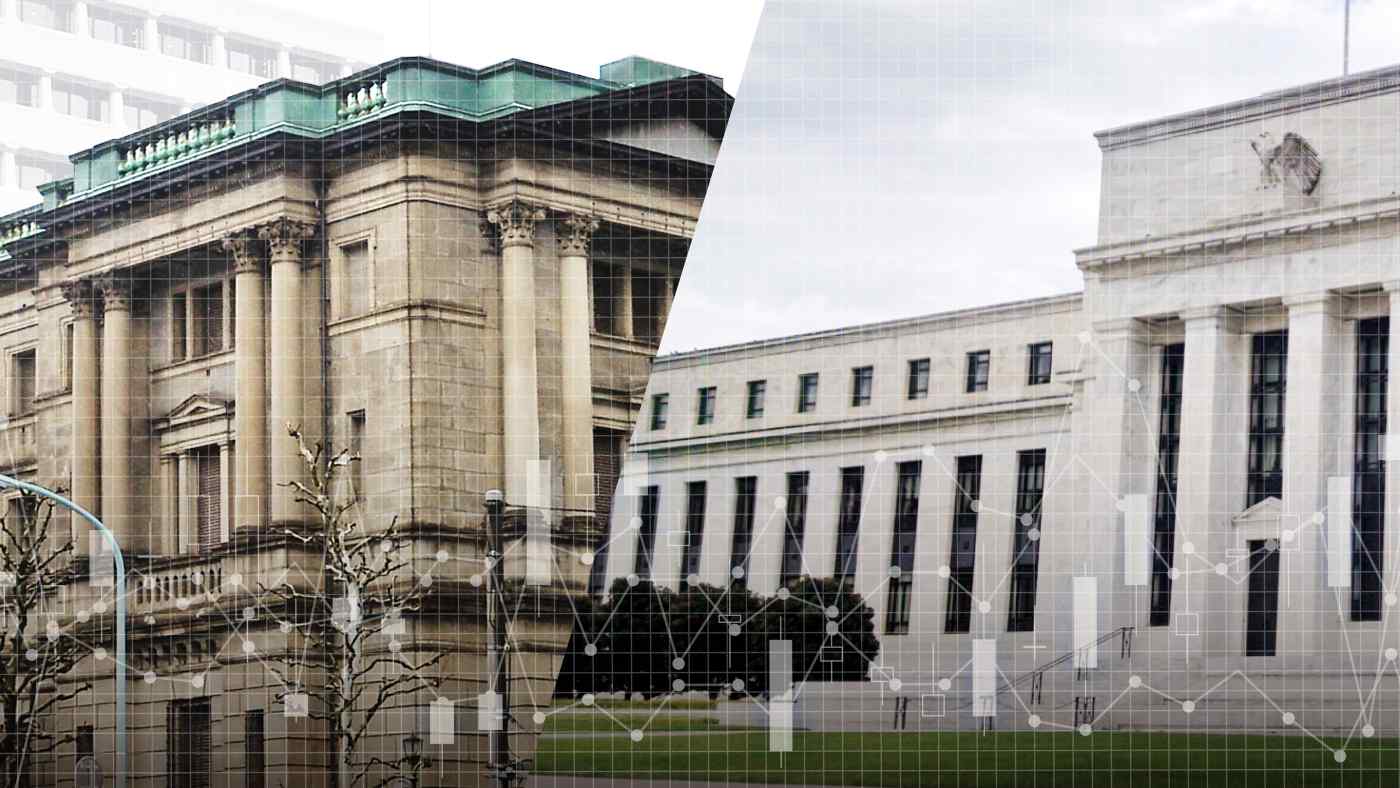 TOKYO -- The new coronavirus pandemic has thrown global financial markets into turmoil, prompting countries to introduce a raft of financial and fiscal measures to counter its effects on the economy.

Despite stock markets having calmed somewhat after a wave of volatility -- such as the Nikkei Stock Average swinging more than 1,000 points a day -- investors are nervously bracing for more storms.

To help detect where financial markets are at risk, Nikkei has prepared a market stress map covering a wide range of assets.

The map is comprised of 15 indicators. Volatility indexes, government bond yields and other indicators are color-coded depending on where they stand in comparison with two months earlier. For example, stocks are colored dark if the fluctuation was large over the past two months and light if small.

The map shows that financial markets were whitish as a whole until late February, meaning they were stable. From March, however, they darkened, indicating a rapid increase in uncertainty and volatility. 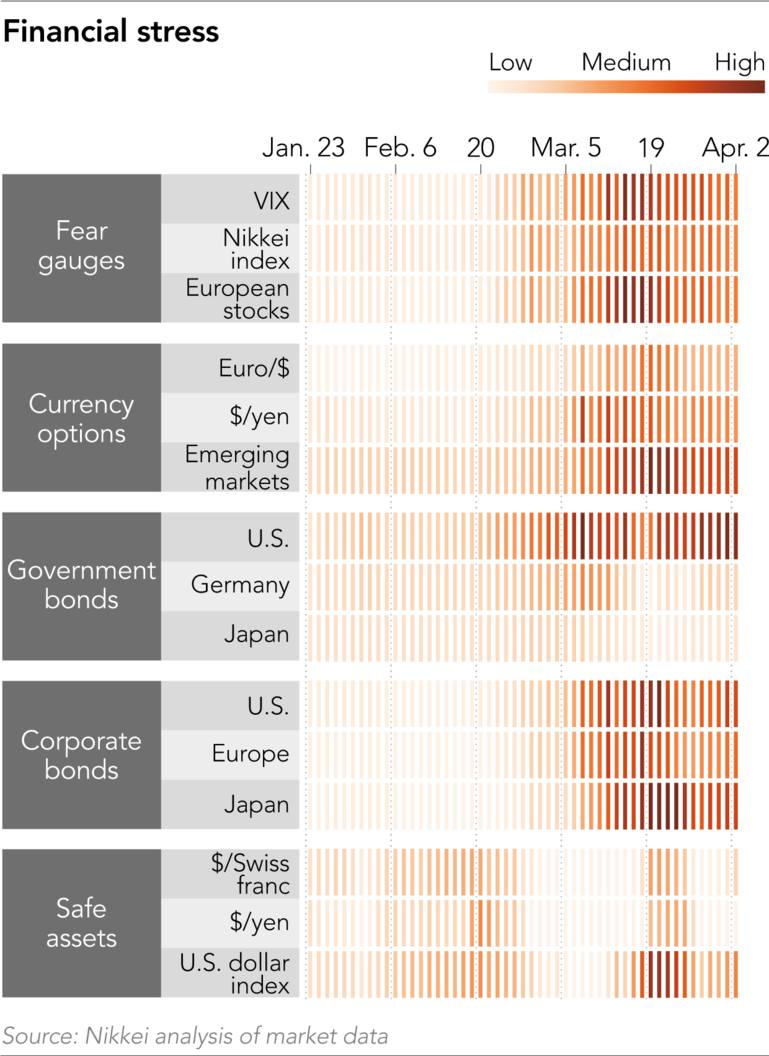 The color change coincides with the rapid spread of coronavirus infections beginning in China and spreading around the world, which has thrown markets into chaos. On March 16, for example, the Dow Jones Industrial Average plummeted 2,997 points.

The indicator began to lighten in late March, when the U.S. Federal Reserve and other central banks injected vast amounts of liquidity into financial systems and addressed dollar shortages.

The U.S. Dollar Index -- the effective rate of the dollar -- which had darkened due to increased demand for the world's main reserve currency, lightened as tensions eased, thanks to measures supporting corporate fundraising and employment.

But the indicators are mostly dark, indicating severe market uncertainty. Yields on U.S. Treasuries, regarded as a good barometer of the global economy, are the darkest. Yields darken if markets anticipate an economic downturn or if investors flock to U.S. Treasuries, sending yields falling and prices rising. The yield on 10-year Treasuries dropped to a record low of 0.31% in early March.

On the stock market, volatility indexes, or VIXs, remain high for Japan, the U.S. and Europe, even markets peaked on March 16. The U.S. VIX, which would be below 20 in a stable market, is hovering around 50, indicating extremely jittery investors.

Stocks will remain unstable as market participants are unable to figure out how much policy measures can protect the real economy and corporate earnings from slumping, said Kasper Elmgreen, head of equity investment platform at Amundi, a French asset management company.

Corporate bonds and emerging economies' currencies are also relatively dark on the map.

The corporate bond indicator is an index of credit default swaps that trade in the probability of default on bonds issued by Japanese, U.S. and European companies. The indicator was darkest from March 18 to March 24.

Concerns over corporate failures remain strong, though seem to have peaked thanks to central banks' purchases of corporate bonds and bank loans to companies. In the U.S., bankruptcies are being seen among companies with fragile financial positions. For example, energy company Whiting Petroleum has filed for bankruptcy protection.

For foreign exchange, the implied volatility of currency options, which trade in rights to buy and sell currencies at preset prices, was analyzed. The South African currency fell to an all-time low on Friday, hitting 19 rand against the dollar. The rand is falling more sharply than other emergin market currencies due to worries over the country's debt.

In many emerging economies, corporate and government debts have swollen, driven by low interest rates. "There should be a higher alert for a possible rekindling of risks triggered by emerging economies," said Masao Muraki, global financial strategist at SMBC Nikko Securities.