Handful of stocks, including Japan's Fast Retailing, favored during pandemic 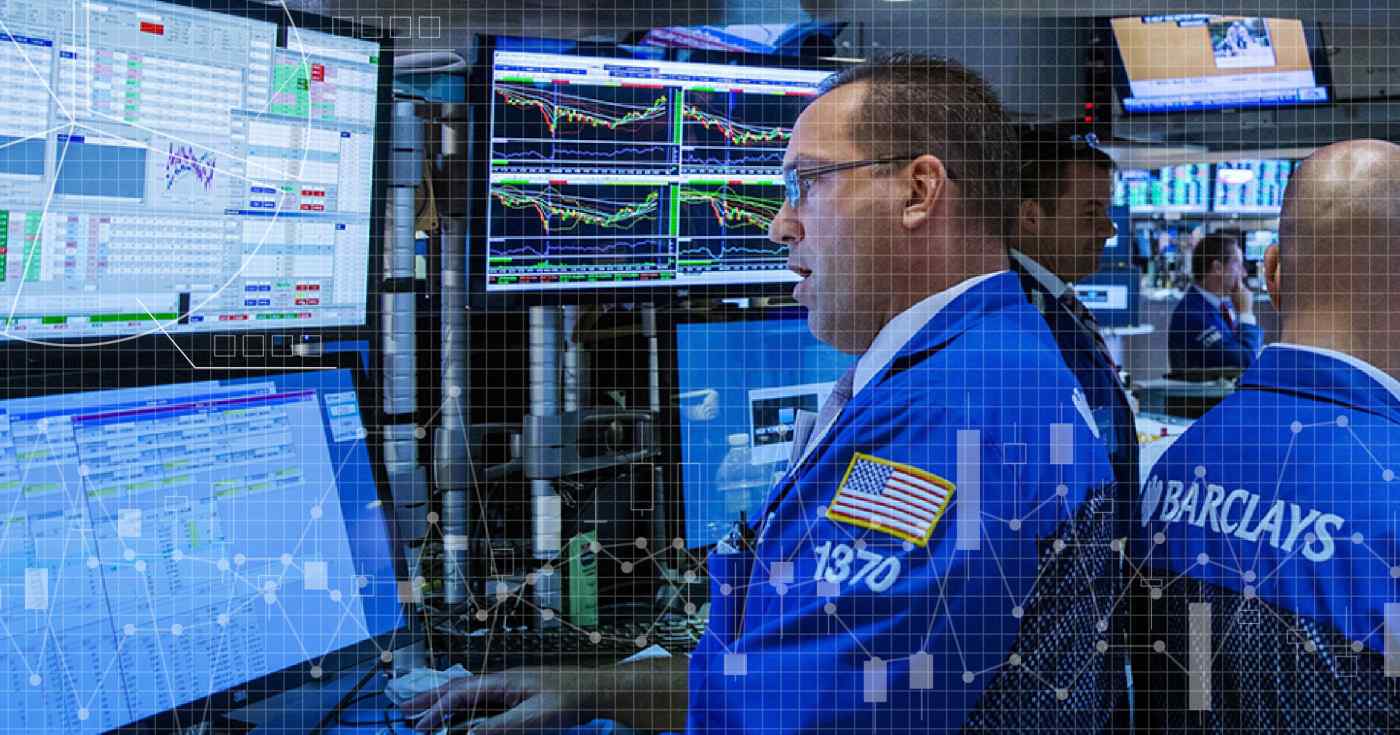 In one measure, the gap between the companies that were bought and sold is the highest level since the dot-com bubble in the late 1990s. (Source photo from Reuters)
TAKESHI KAWASAKI, Nikkei senior staff writer; MIO TOMITA and TOMOHIRO NOGUCHI, Nikkei staff writersDecember 27, 2020 13:31 JST | Japan
CopyCopied

TOKYO -- While stock indexes are hitting historic highs around the world, company share prices are exhibiting an increasingly K-shaped divergence.

Nikkei analyzed the price-to-book ratio of companies around the world and learned that the gap between stocks that have been bought and those that have been sold has opened to a level not seen since the dot-com bubble in the late 1990s. The coronavirus pandemic has caused investors to become more selective and concentrate their money on a handful of stocks with growth potential.

For example, the Nikkei Stock Average hit a 29-year high, but prices of shares in the apparel sector showed much variance by company.

Demand for daily wear increased as consumers stayed home and shares in Fast Retailing, which operates the UNIQLO fast fashion brand, hit a record high. On the other hand, Onward Holdings, which depends on sales at department stores, and Aoyama Trading, a menswear company, saw their revenues dive and their share prices hit new lows.

The P/B ratio is the share price divided by the company's book value per share. The higher the ratio, the more investors expect the company and its assets to grow. But when the ratio is less than one, it means those shares are traded for less than the value of the company's assets. Fast Retailing's P/B ratio is currently 9.2. That is much higher than the average for companies listed on the first section of the TSE, which is 1.3. On the other hand, Onward HD and Aoyama Trading have ratios of 0.43 and 0.14, respectively.

This year, the global stock market has been sorting out winners from losers.

Among the 11,000 listed companies around the world, the number with P/B ratios of five times or more increased to 2,746, up 36% from the end of last year. They accounted for 21% of the total number of companies, the highest level since August 2000.

On the other hand, the number with P/B ratios below 1 increased by 7% from December 2019 to 2,740. The number with ratios less than 1 accounted for 23% of the total number of listed companies.

As a result, the gap between companies with a high P/B ratio and low one has widened dramatically. 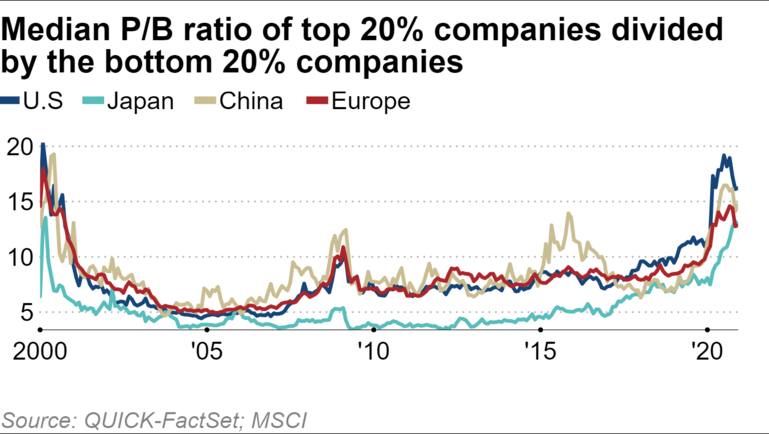 When the median figure of the top 20% companies in terms of P/B ratio is divided with the figure of the bottom 20% companies, the number became 12 to 16 in the U.S., China, Japan and Europe. This is the highest level since the dot-com bubble in the late 1990s.

In the U.S., the big companies are getting bigger -- the share of the top 10 by market capitalization stands at 24%, up 6 percentage points from three years ago.

In terms of the market capitalization of "ten bagger" companies -- those with stock prices that have increased tenfold compared to 10 years ago -- by sector, the high tech industry, which includes China's Tencent and U.S. semiconductor company NVIDIA, ranked the highest. Although there are no Japanese companies with a giant platform, the stock prices of those that build reputations in their businesses have risen significantly. This year, Japan has 152 "ten bagger" companies, including names such as Keyence and M3. The total of 152 is the fifth-biggest by country after Canada and the U.S.

Kenji Sugiyama, CEO of Bushido Asset Management, pointed out that "investors will continue to favor companies that will survive and grow after the pandemic."