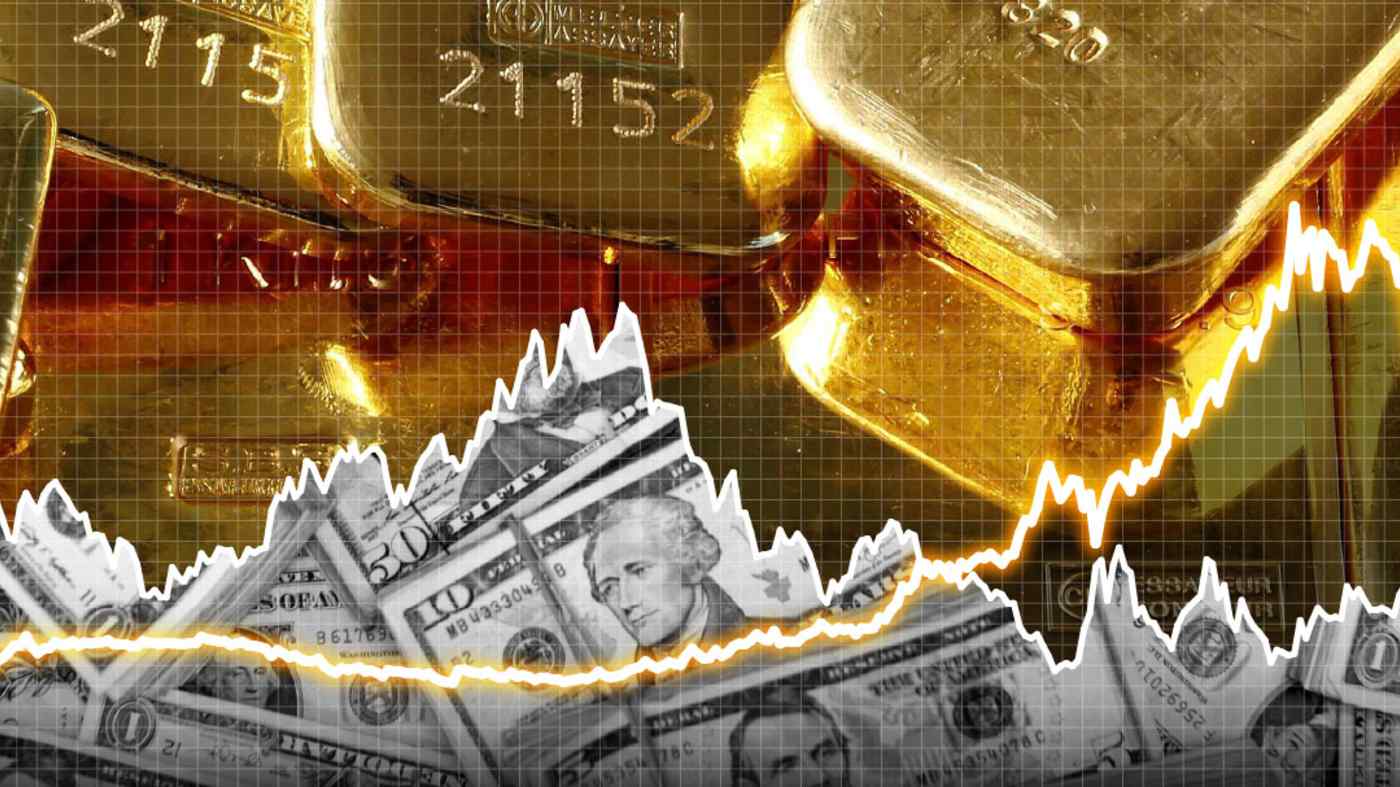 TOKYO/NEW YORK -- The price of gold is surging as the coronavirus rages around the world and the U.S. dollar shrinks.

According to the World Gold Council, demand for gold jewelry in China in the first half of 2020 was 52% less than it was a year earlier. To Chinese, gold is a symbol of wealth and status, but the pandemic has hit the economy hard, making prestige less of a priority.

Even in May, after China ended its lockdowns, unemployment rates rose in 31 of the country's cities, sending consumption into decline.

In India, where gold is also respected by status seekers, demand for gold jewelry decreased 60% in the first half of 2020 compared to a year earlier. Here, too, unemployment is rising and consumption declining, leaving people unable to afford jewelry.

In contrast, investment flows are pouring into gold. In New York, futures topped $2,000 per troy ounce at the end of July. Between January and July, gold-backed exchange-traded funds saw an inflow of $49.1 billion, with 95% coming from funds in Western countries.

Bank of America analysts recently issued a report in which they gave gold a price target of $3,000 per troy ounce sometime in the next 18 months.

In March, the Fed announced a new round of quantitative easing and began purchasing U.S. Treasurys and corporate bonds. It also began providing the greenback to central banks around the world through swap arrangements. As a result, the Fed is printing massive amounts of dollars. The monetary base, which measures the amount of credit supplied by the bank, was more than $5 trillion in May, a 50% increase from February. The total monetary base and total dollars that central banks around the world hold in their reserves was $8 trillion in May, a record high.

While the pandemic seems to have proved the dollar has not lost its reserve currency status, financial markets are questioning its credibility.

"The surge in the price of gold," said Naokazu Koshimizu, an economist at Nomura Securities, "is happening because the value of the dollar is falling."

As dollar supplies swell, the greenback's value is in decline in the foreign exchange market. The effective dollar exchange rate index has been in retreat since July, reaching its lowest point since May 2018 and plumbing depths 30% lower than where it was in March this year. Because of the pandemic, financial markets expect governments and central banks to carry on with their fiscal expansion and monetary easing policies for some time to come. In the U.S., investors are looking ahead and taking note of heavy public expenditures and bond issuances that will require the Fed to keep buying massive amounts of Treasurys as it accelerates its dollar-printing efforts.

As a result, the yield on 10-year Treasurys is now at 0.5%, the notes' lowest yield ever, and gold is rallying.

Meanwhile, the spread of the coronavirus is surging in parts of Asia and Europe, ensuring a sluggish global economy and making the Fed's operations more crucial than ever.

Will its aggressive quantitative easing hurt the dollar's credibility? This is what investors and analysts are now pondering. Takehiro Noguchi, an economist at the Mizuho Research Institute, says financial markets are sending a message: Risk lurks around the corner.