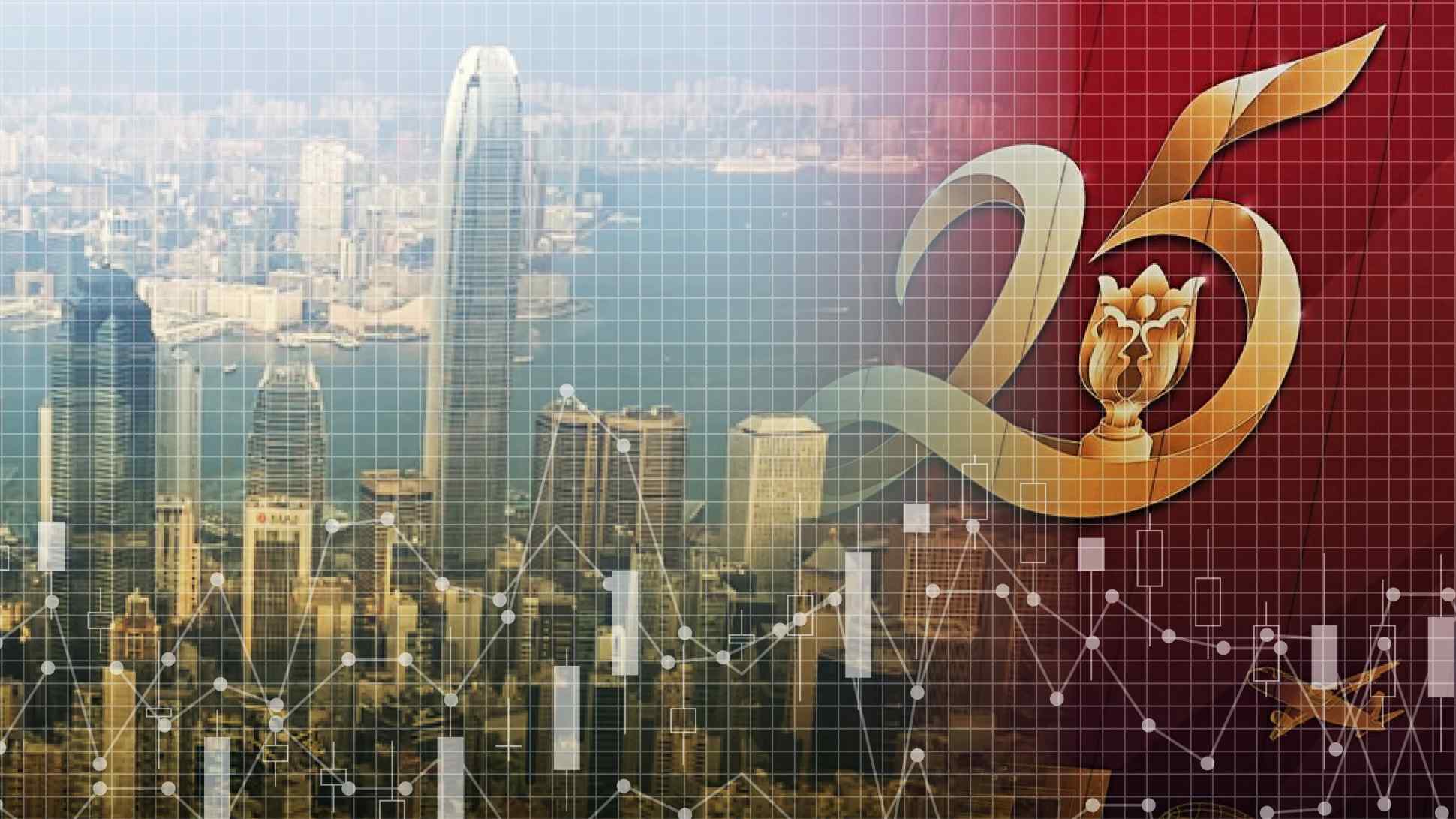 Hong Kong's importance as a conduit for capital flowing into and out of China has increased, but its standing as an Asian financial center has declined. (Source photo by Reuters)
Datawatch

HONG KONG -- A quarter century ago, China promised Hong Kong a high degree of autonomy under the "one country, two systems" model when the territory reverted to Chinese rule. Now President Xi Jinping is using the city as a "wallet" by applying two separate standards -- "one country" for politics and "two systems" for economic affairs -- risking Hong Kong's position as Asia's premier financial center.

Beijing's view of Hong Kong has changed greatly over the last 25 years. In 1997, the territory accounted for 18% of China's overall economy; that figure is 2% today. Over the same period, the number of Chinese companies listed in Hong Kong has jumped from 101 to 1,370. These companies make up 78% of the Hong Kong stock market's capitalization.