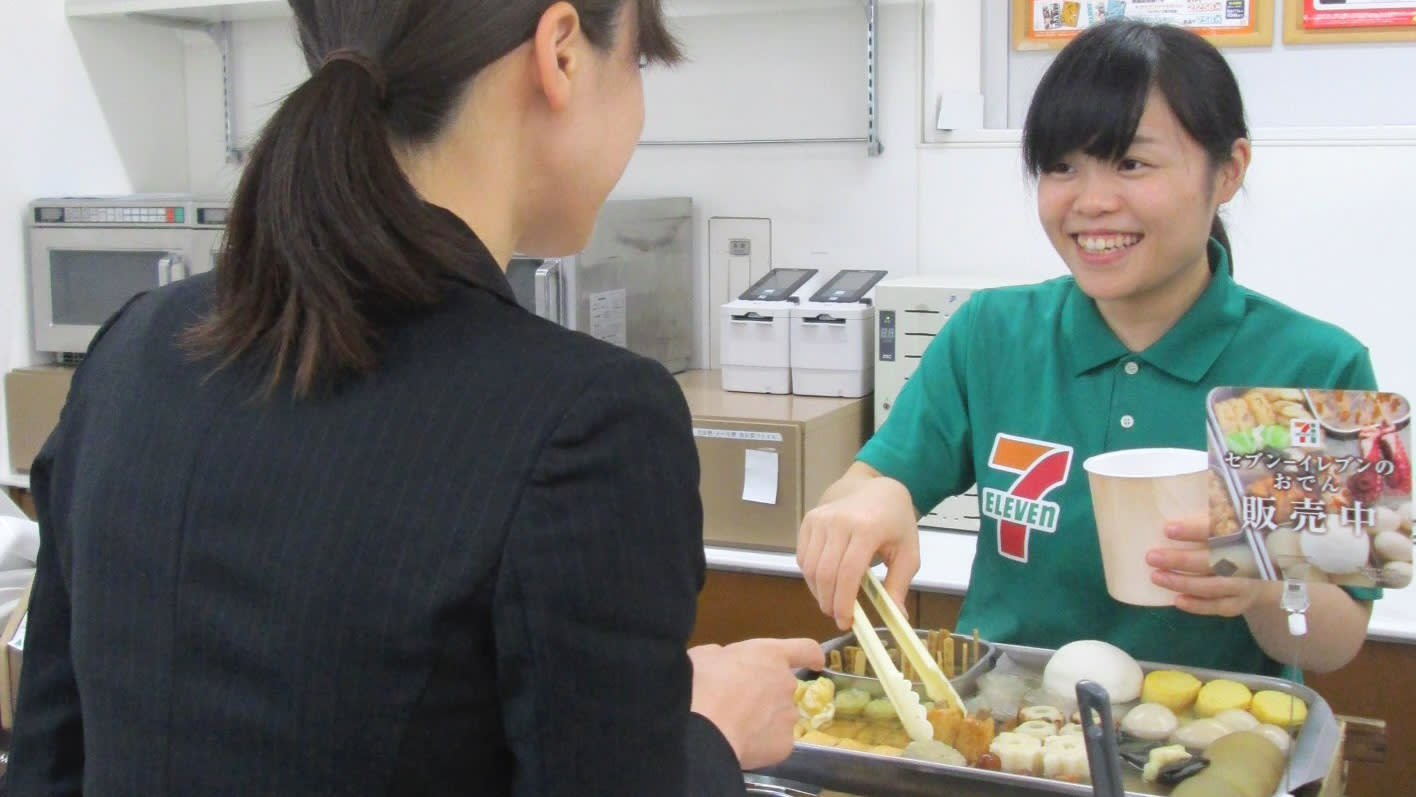 Convenience stores like 7-Eleven rely heavily on part-time student workers, but are having a hard time finding them. (Photo courtesy of Seven & i Holdings)

In the four months through February, more than 400 outlets with the three major chains -- 7-Eleven, FamilyMart and Lawson -- have halted 24-hour operations, according to a Nikkei survey.

Around 220 of the stores are in suburbs of large cities. Many have been forced to curtail business hours, despite being located in lucrative markets, as a labor shortage drives up costs.

In total, 800 of the big chains' stores have stopped round-the-clock operations, either permanently or on a trial basis.

The companies have not disclosed which stores are cutting hours, but Nikkei was able to track them online. Of the stores studied, 414 that were 24-operations before October had switched to shorter hours by February. Of these, 280 were 7-Eleven stores, were 100 Lawson shops and 34 belong to the FamilyMart chain.

That translates to nearly 1% of the chains' approximately 50,000 stores. A total of 218 shops are located in suburban areas around Tokyo.

Some experts had predicted that stores in rural areas would lead the trend toward shorter business hours. But the change began in and around major cities, apparently due to the tight labor market.

One 7-Eleven outlet in a residential area 30 minutes by train from central Tokyo has a big help-wanted poster up near the entrance. The store ended late-night operations last October. "I had no choice," said the franchise owner. "These days we cannot find enough part-time student workers -- the core of our workforce." 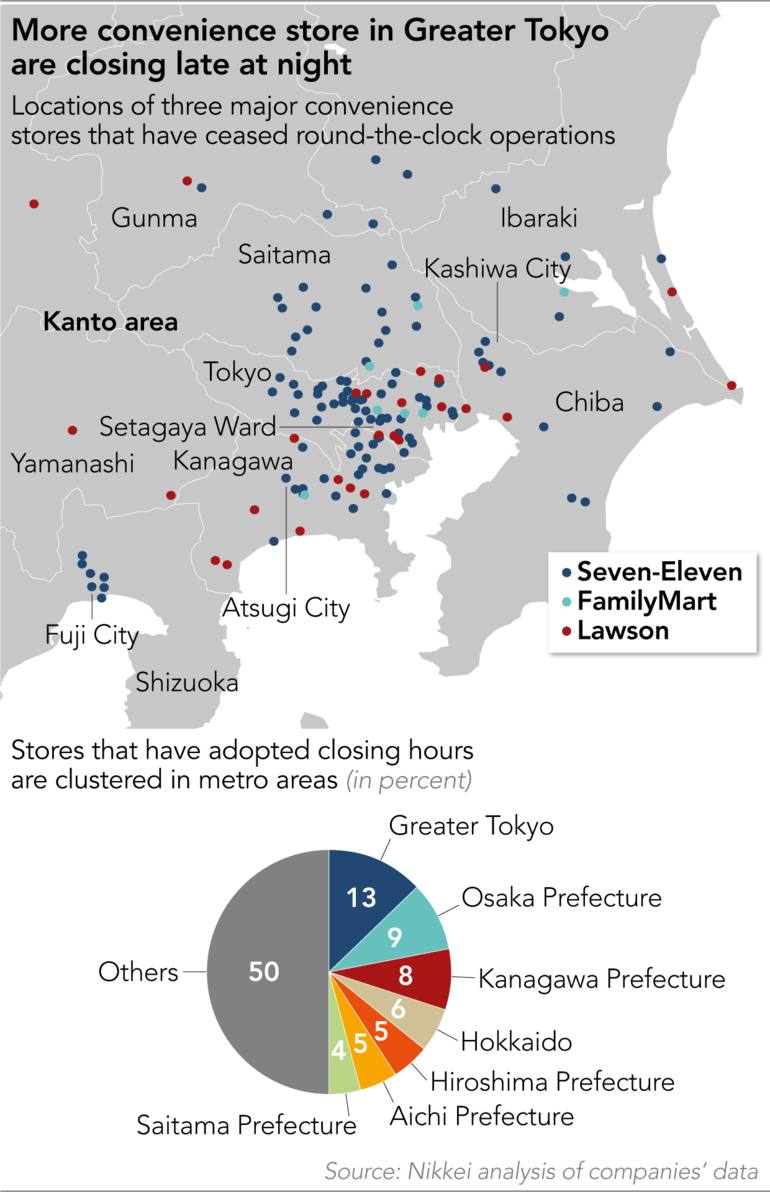 One 7-Eleven outlet in Osaka Prefecture has been closed between midnight and 6 a.m. since last fall. The franchise owner, a man in his 40s, said it is impossible to keep the store open around the clock, despite its prime location, because there are few people willing to work the overnight shift at convenience stores.

An analysis of data on a 7-Eleven's webpage aimed at recruiting part-time workers underscores the severity of the labor shortage in suburban areas. As of Feb. 13, the highest wage offered for clerks out of about 2,300 stores that were recruiting part-timers in Tokyo, was 1,500 yen ($13.30) an hour at an outlet in Minami Magome, in Tokyo's Ota Ward. A shop in Oyamadai, Setagaya Ward, offered 1,400 yen an hour. In central Tokyo, the highest hourly wage on offer was 1,350 yen by a shop in Shinjuku Ward.

These numbers point to the greater difficulty suburban outlets have in finding workers. An executive at a company that operates multiple franchise stores in Tokyo said it is harder to hire part-timers in suburbs than in city centers, where many foreign students live.

Convenience stores appeared in Japan during a period of high economic growth and the industry has since expanded hugely. But the traditional business model is becoming unsustainable as Japan's population quickly ages and shrinks, forcing the industry to think of new ways of doing business.