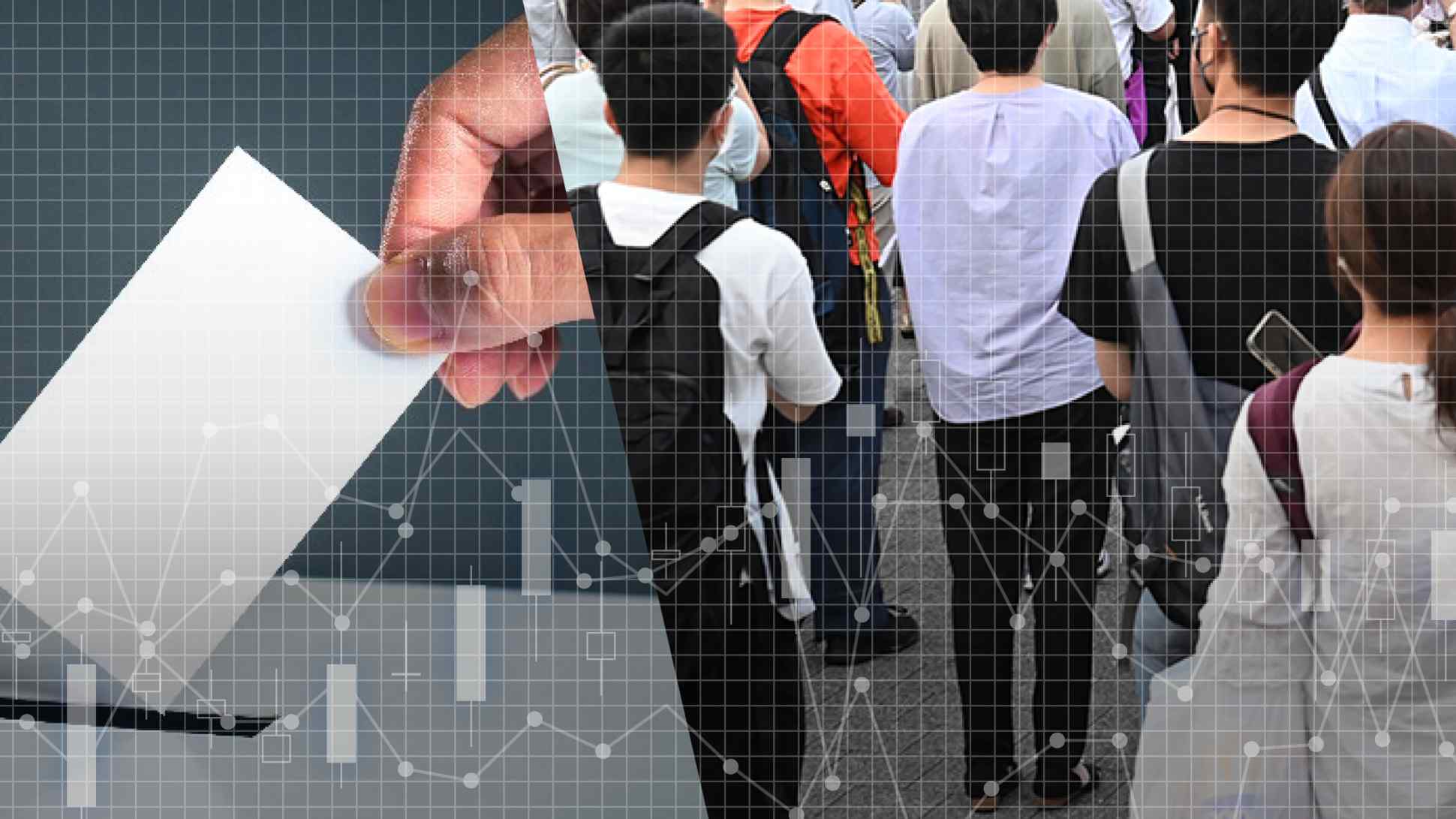 Young voters were the core supporters of the LDP when the reform-minded late Prime Minister Shinzo Abe was in power, but many of them are now seeking change elsewhere.
Datawatch

TOKYO -- In Japan's July 10 upper house election, the ruling Liberal Democratic Party won a landslide victory, capturing 63 seats -- more than half of those up for grabs. At first sight, the party's hold on power seems unshakable. But on close inspection, its future may not be so bright as younger voters continue to desert it.

This trend is most clearly seen in the proportional representation system, which indicates the respective popularity of parties. In the latest election, the LDP won 34.4% of the proportional vote, down 0.9 percentage point, taking one seat less than in the previous race in 2019.