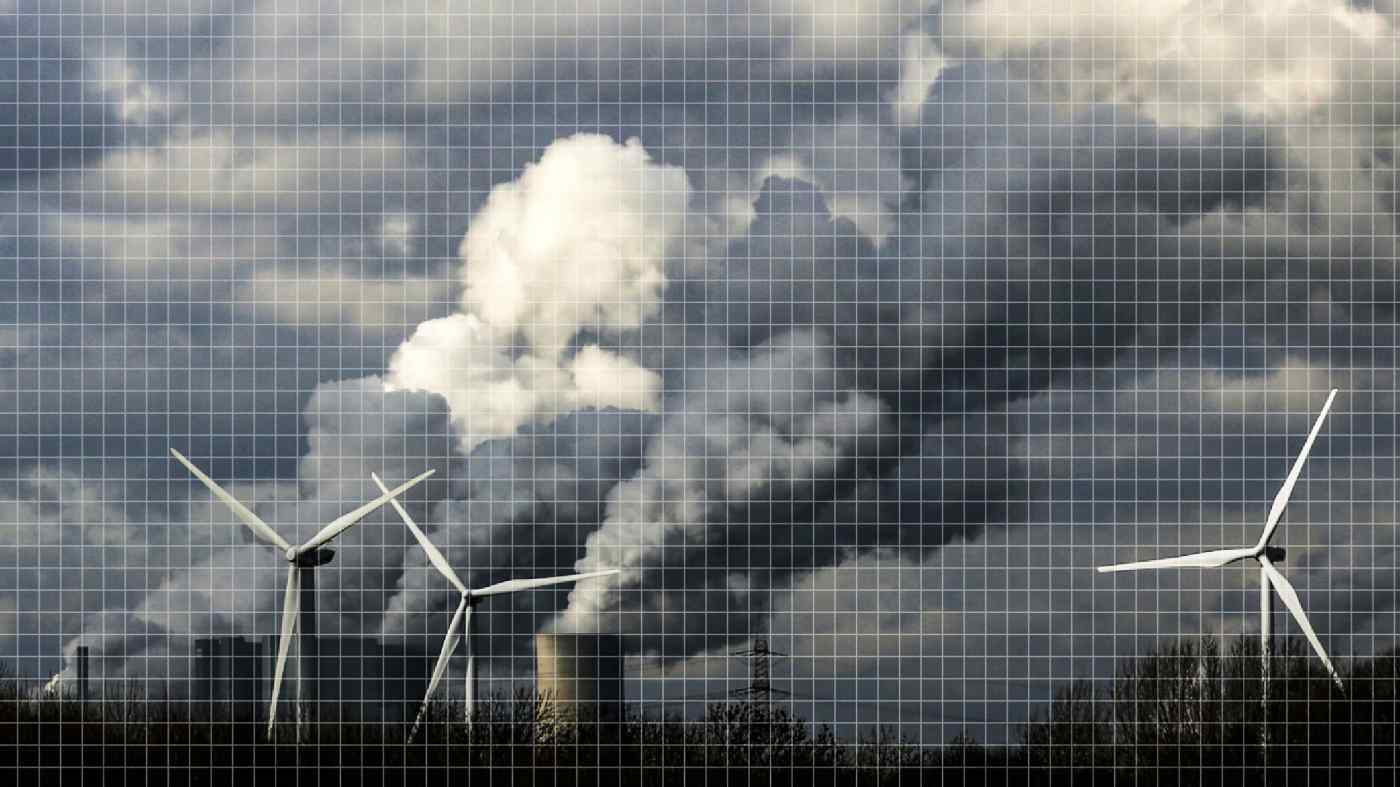 Germany has reduced its carbon emissions per unit of gross domestic product by less than half since the 1990s. (Source photos by Reuters)
YUKINORI HANADA, Nikkei staff writerNovember 22, 2020 06:03 JST | Japan
CopyCopied

TOKYO -- The Japanese economy has failed to improve its reduction of carbon emissions over the last quarter-century, Nikkei has learned.

When carbon emissions per unit of gross domestic product are compared by country, the figure for Japan has remained flat since the 1990s. European countries, where use of renewable energy has grown rapidly, have slashed their carbon emissions per unit of GDP by one-half to one-third during the same period. Although the Japanese government has pledged to reduce greenhouse-gas emissions to net zero by 2050, the country now lags other advanced economies in the effort to decarbonize.