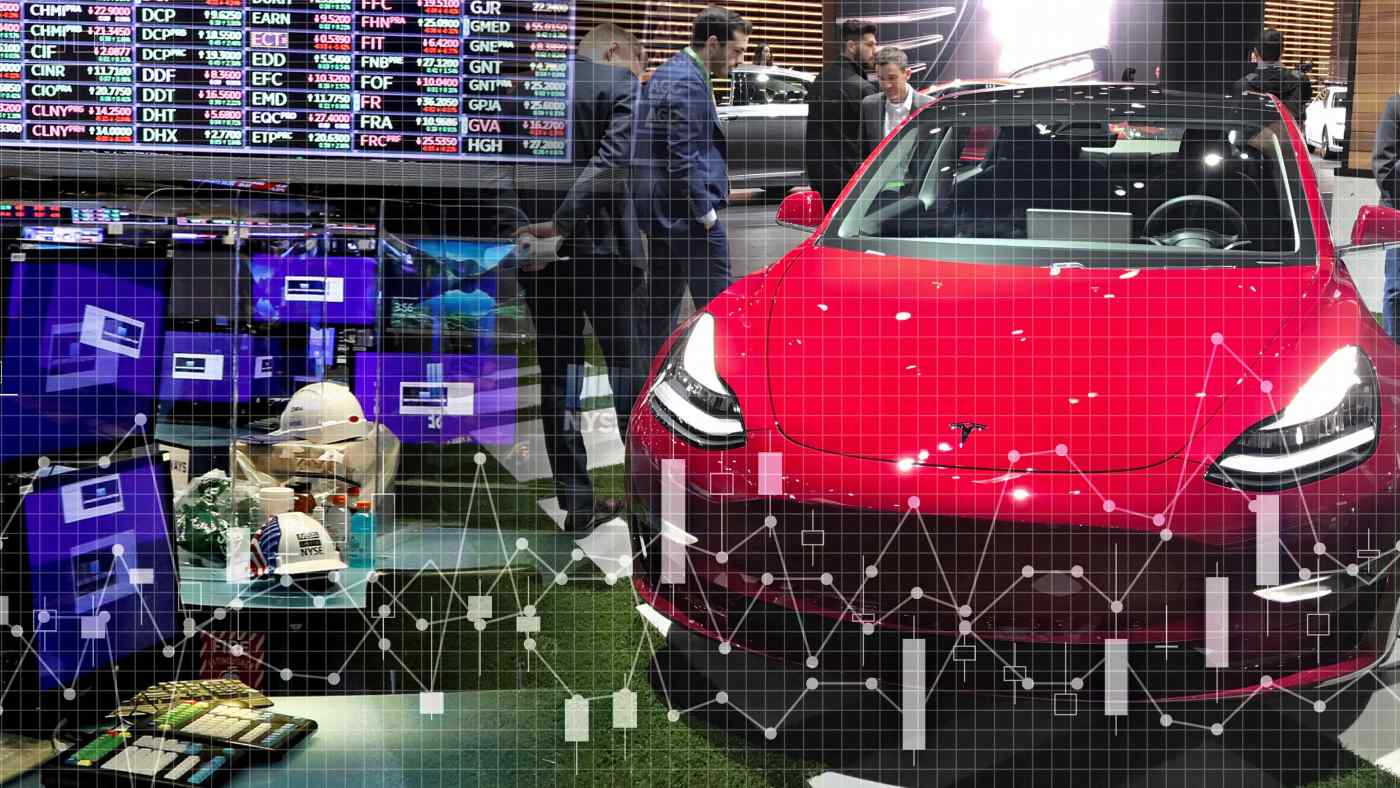 TOKYO -- World rankings for market capitalization have undergone massive changes due to the coronavirus pandemic, as companies with the greatest ability to adapt gaining the most in a shattered economic landscape.

One example can be found in Singapore. Sea, an information technology company listed on the New York Stock Exchange, saw shares rise threefold this year. Its market cap now exceeds $57 billion, making it larger than Indonesia's Bank Central Asia and the biggest company in Southeast Asia,

Sea's business resembles that of Tencent Holdings in China. It provides games, e-commerce, and online payments -- all growing fields as the pandemic rages on. U.S. asset management companies like Fidelity and Capital have been sinking money into the company.

Another example is Tesla, whose market cap recently passed that of Toyota Motor. The U.S. company has just started to turn consistent profits and is regarded as one of the few automakers that can thrive in a languishing industry. 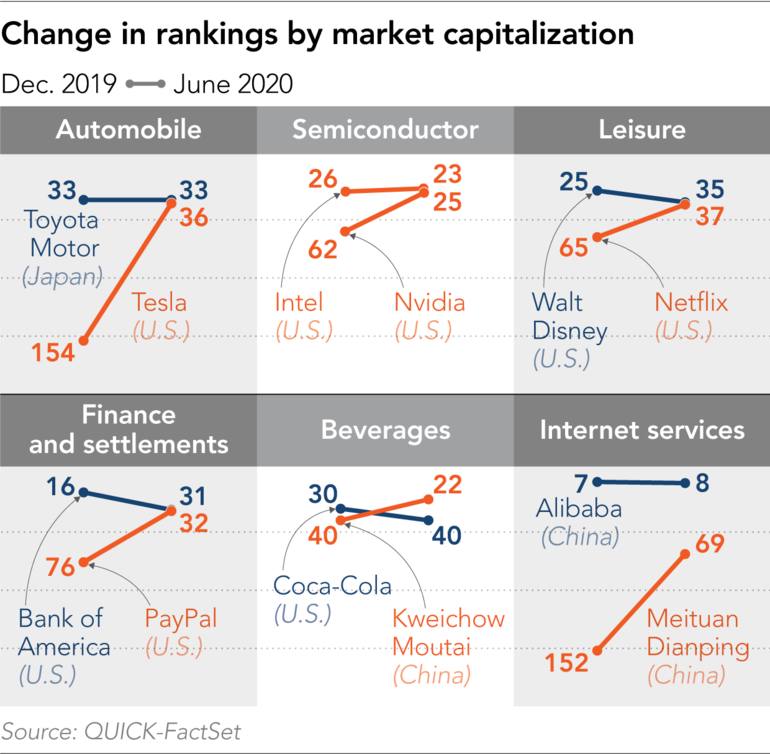 In food and beverages, Chinese distiller Kweichow Moutai has been chasing high-end consumers with new products and is now closing in on market leader Nestle.

Just how much has the pandemic reshuffled rankings? Nikkei studied data from QUICK FactSet and calculated the change in market cap rankings for the top 1,000 companies. This June, the median change in rankings compared to six months ago was the largest since December 2008. This is what happens when stock markets become volatile: Investors change their portfolios and speculative money flows in, rocking the rankings.

For example, when the dot-com bubble popped in 2000, Lucent Technologies, a U.S. telecom gear supplier, saw its rankings slip, while oil companies surged due to increased energy demand in emerging economies.

Recent money flows suggest that the pandemic is accelerating digitalization and decarbonization. In the first half of the year, the number of companies in the top 1,000 from the energy and materials sector decreased to 114. On the other hand, the IT and telecommunication sector saw an increase to 138 companies. Meanwhile, Canada's e-commerce Shopify ranked 83rd, skyrocketing from the 306th place it held in December 2019. And in China, Meituan Dianping, a food delivery and travel service provider, has emerged as an up-and-coming IT company, with its market cap nearing that of Alibaba.

Anglo-Dutch oil company Royal Dutch Shell has decided to write off $22 billion as it plunges to 75th in a spectacular retreat from the Top 10 just years ago. The company is struggling in a world where decarbonization is becoming the new normal.

On the other hand, Nikola, a U.S. fuel cell truck company, now boasts a market cap of around $20 billion, despite not having sold a single truck.

Hiroshi Matsumoto from Pictet Asset Management said that "the stock market might be overheated, but investors will never stop searching for future growth."

There are only 84 Japanese companies that rank in the top 1,000 -- half the number from 20 years ago and a strong indicator that Japan Inc. should change its ways.