Pandemic triggers flight from Tokyo as people work from home 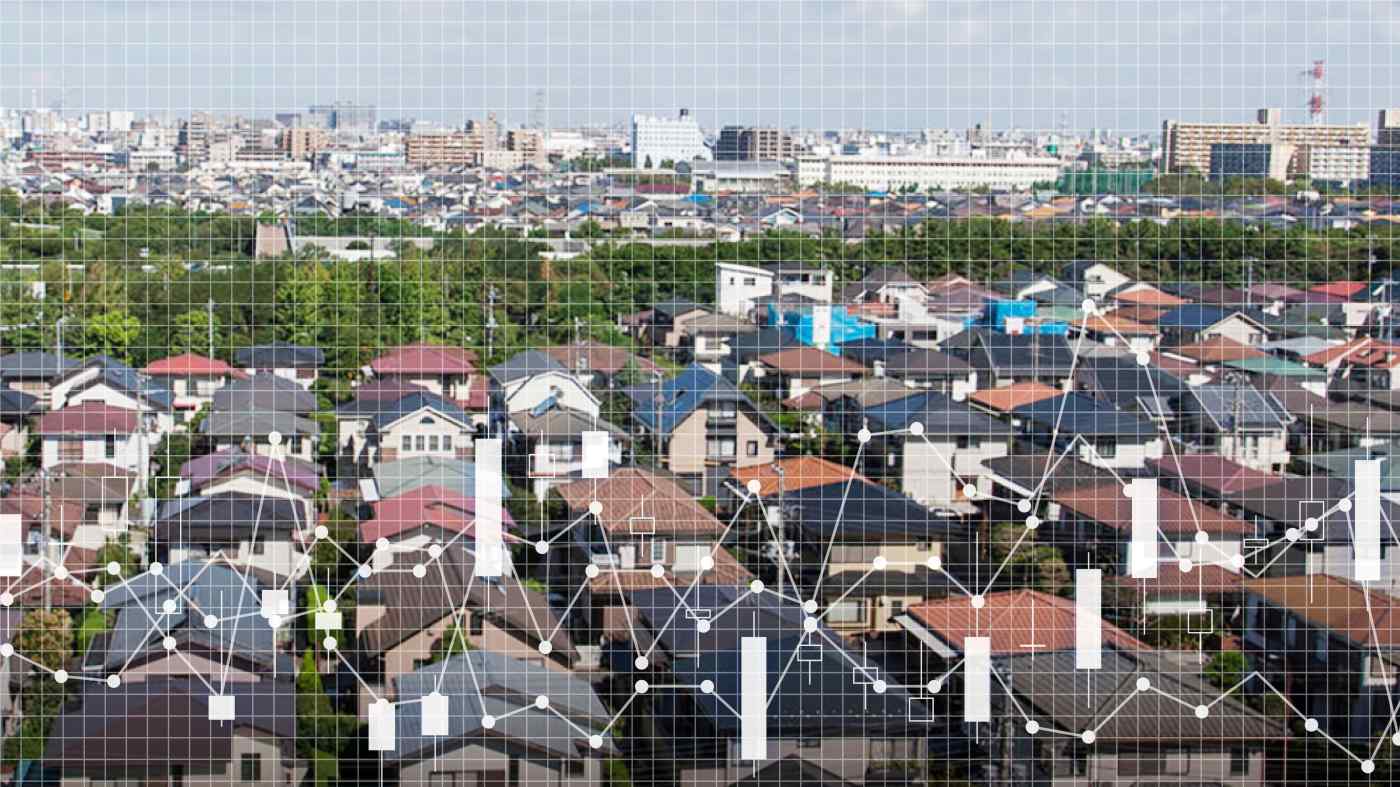 TOKYO -- The coronavirus pandemic has driven thousands out of Tokyo to its suburbs as working from home becomes the new normal.

About 28,000 people moved out of Tokyo in November 2020, up 19% from the same month last year, according to the Ministry of Internal Affairs and Communications.

Indeed, the Bank of Yokohama, based in the city neighboring Tokyo, reported that the number of mortgage applications it received between September and November increased by over 40% from the same period last year.

Many are moving out to around 50 and 100 km of Tokyo and are not concerned about having to commute. Houses in the Shonan area, famed for its beaches on the Pacific Ocean, and the Tokyo bay area are popular, the bank said. 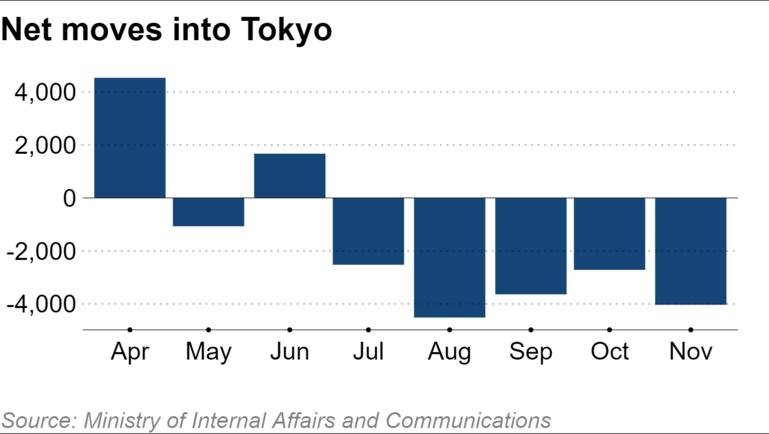 Nikkei analyzed the number of searches by region in Japan on SUUMO, an online property information service. With the cooperation of Recruit, the site operator, Nikkei examined the average number of views of existing homes for lease or sale between January and March 2020 -- before the pandemic hit the economy hard -- and between September and November 2020.

Tateyama city in Chiba Prefecture had the largest increase in the number of home viewings, up 2.4 times, and Nasu town in Tochigi Prefecture also saw an increase of almost 1.8 times.

SUUMO Chief Editor Yoichi Ikemoto said: "There is a clear increase in the number of people who are thinking about buying a spacious house in the suburbs or a home in a resort area near Tokyo." Nikkei, in cooperation with Orbital Insight, a U.S. company that analyzes satellite data, also looked at the flow of people from Tokyo to other areas.

The data was extracted by comparing nighttime hours -- from midnight to 5 a.m. -- during weekdays over two periods, from January to March and from July to November.

This showed movement from Tokyo to the areas around Sagamihara city, Kamakura city in Kanagawa Prefecture, Nagareyama city in Chiba Prefecture and Utsunomiya city in Tochigi Prefecture.

The moves also indicate that local governments have become more competitive with each other in trying to draw residents.