Pension payday is a boost Japanese retailers can count on 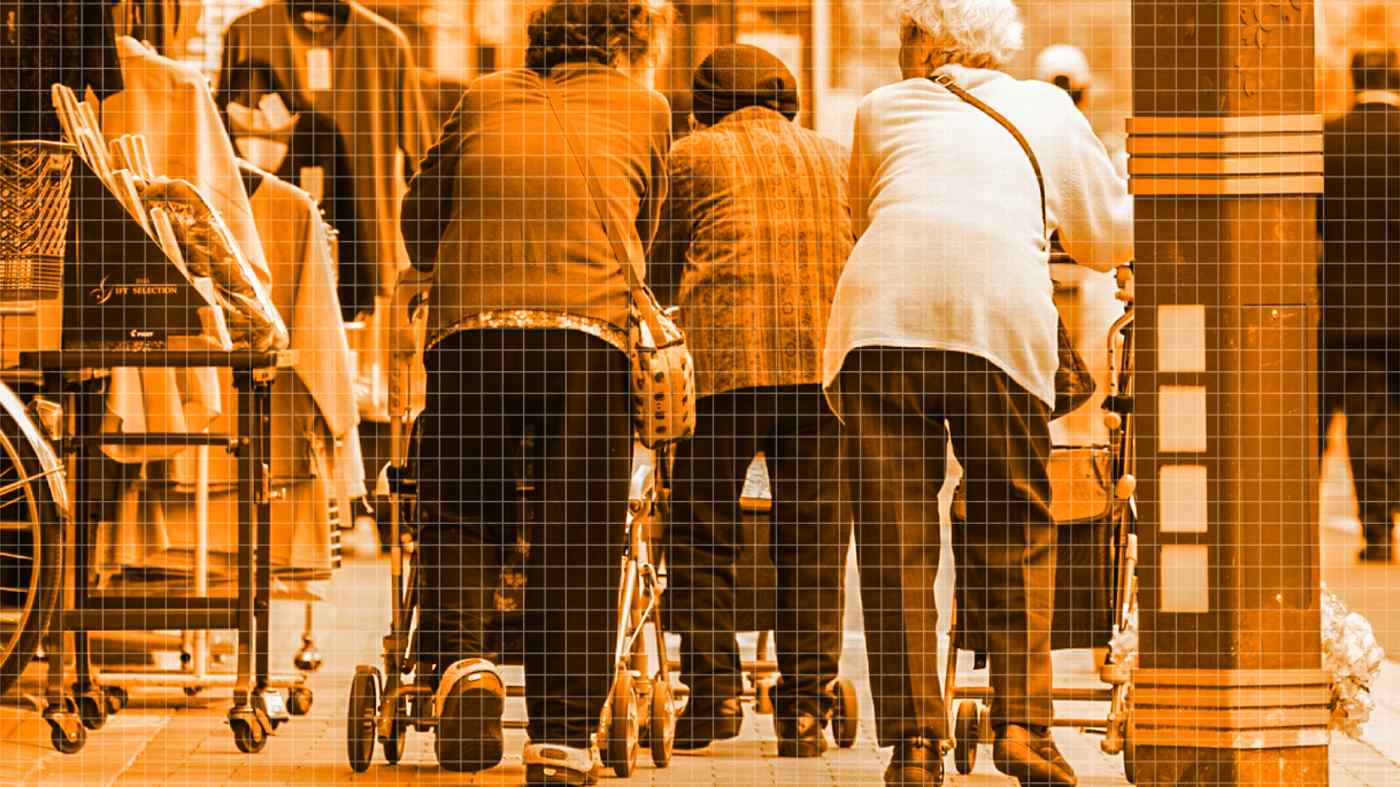 While pensioners are quicker to spend, they are not spending more than their working counterparts.
KOHEI FUJIMURA, Nikkei staff writerOctober 20, 2019 02:10 JST | Japan
CopyCopied

TOKYO -- Every 60 days, Japanese retailers prepare for a major spending bonanza. But it's not payday or bonus day for the office worker but the bountiful day when the elderly receive their pensions.

According to a Nikkei analysis of point-of-sale systems at 460 supermarkets, customer traffic is heavier after pension payment days than after paydays in all of the country's 10 regions, signaling a change in the consumption landscape.

The Chugoku region in Western Japan recorded a discrepancy of 5.5% last year. The region, which includes Hiroshima, is among the oldest with 30.9% of its population 65 or older -- compared with the 28.1% national average.

Sales data shows an even stronger sign of payday shopping by pensioners. Sales after pension payment days were 4.1% higher on average than sales after worker paydays last year, up 3.1 percent points from 10 years earlier. The difference grew to 7.4% in the northernmost prefecture of Hokkaido, where the proportion of seniors 65 or older grew 7.8 percentage points over the last decade. In 2008, Hokkaido retailers rang up more sales after worker paydays than pension payout days.

The change can be seen in ATM usage. For instance, Seven Bank -- a financial arm of Seven & i Holdings -- reports that daily ATM withdrawals surge 50% to 3 million transactions on the 15th of February, April, June, August, October and December -- the six pension payment days of the year. In anticipation of this silver wave of shoppers, retailers are shifting their marketing strategies to capitalize on the trend. Aeon Retail, which runs hypermarkets and shopping centers, gives a 5% discount to shoppers 55 and older who use certain credit cards on the 15th of the month.

Similarly, shoe seller Chiyoda offers discounts to customers 55 and older on the 14th through 17th of each month.

"Many seniors come to the store early in a month to check out shoes and come back with their grandchildren on or after the 14th," the company said in a statement.

To lure elderly shoppers, mid-size supermarket chain Inageya gives out free dorayaki, a classic sweet red-bean snack, on the 17th of each a month. Restaurant chain Ikinari Steak gives first dibs on seats to customers 70 and older, and TV and online shopping company Japanet Takata encourages pensioners to apply for its credit card.

In 2008, households with two or more members headed by someone below the age of 65 accounted for 73% of total spending, while those headed by a senior 65 or older made up 26%, according to a Ministry of Internal Affairs survey. The gap has since narrowed. In 2018, those under 65 made up 62% of the total, with seniors accounting for 37%.

Japan had 40.7 million people eligible to receive pension at the end of fiscal 2017, up 15 million from two decades earlier, according to the Ministry of Welfare. Payouts have surged to 55.4 trillion yen a year and are projected to balloon further to 73.2 trillion yen in fiscal 2040.

A heavy social security burden may be one reason workers are not splurging on payday. Medical, nursing and pension premiums will account for more than 30% of pay for employees at big corporations as early as in fiscal 2022, according to an estimate by the National Federation of Health Insurance Societies. 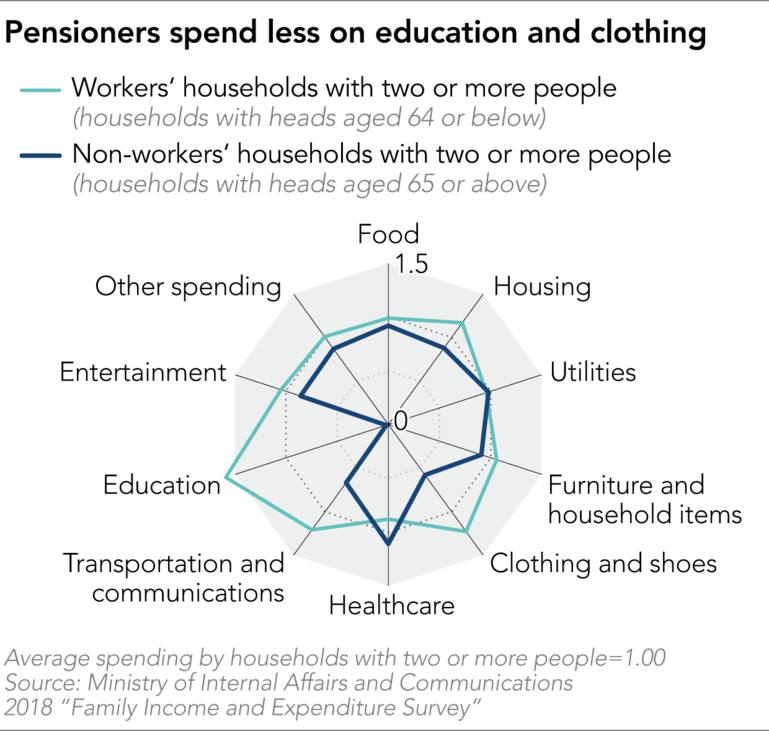