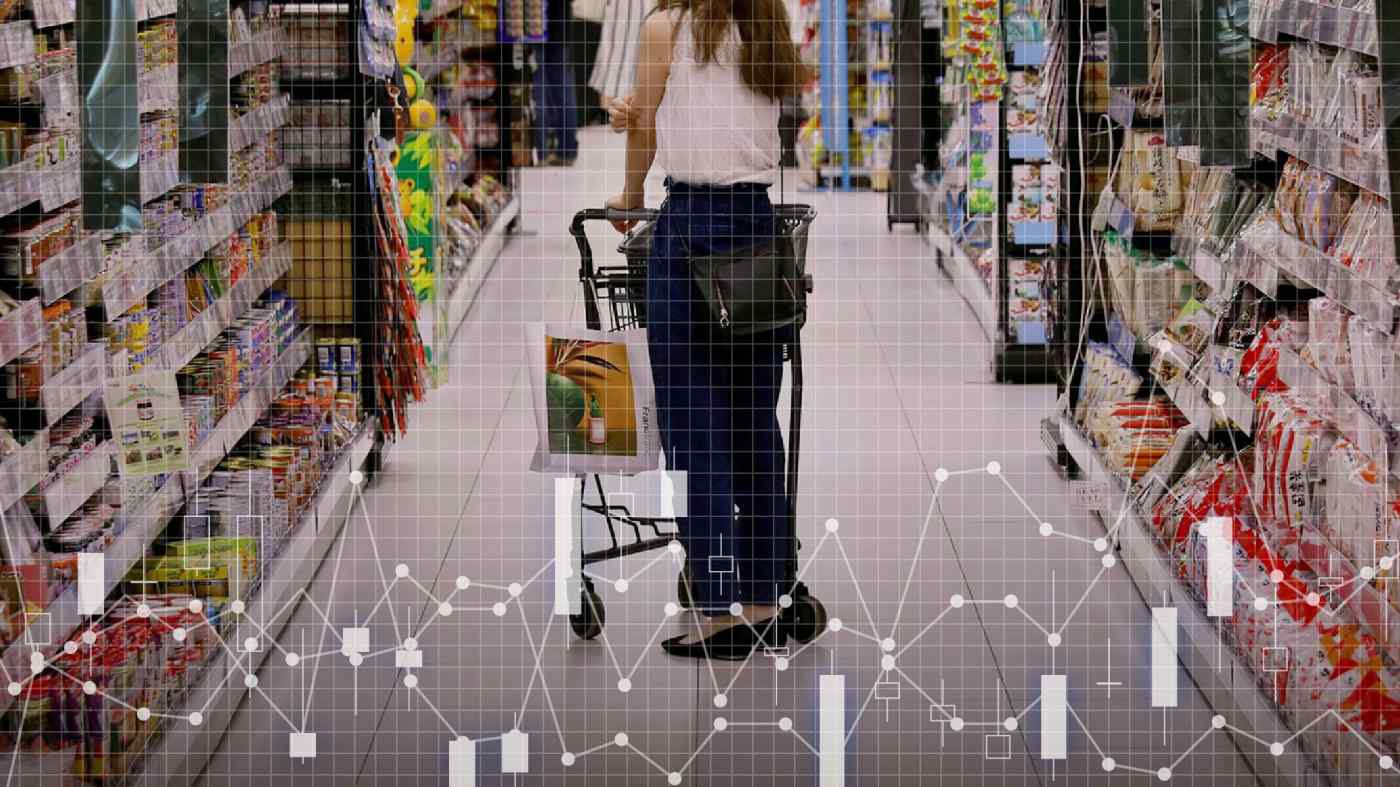 The weight of food products in Japan is shrinking while their prices go up. (Source photo by Reuters)
KYO KITAZUME, Nikkei staff writerNovember 15, 2020 11:45 JST | Japan
CopyCopied

The retail price of food products increased 4% over the past eight years but when the net weight is taken into account, the change is actually as high as 11%. This is because as the number of people in households decrease, consumer demand for products in smaller amounts has increased.

The Japan Center for Economic Research and Nikkei analyzed the data of Nikkei POS, a database of retail prices and sold volumes at stores in Japan. Excluding fresh food and liquor, the team went through the data of 100,000 food products. A total of 100 million data points were analyzed in this study.

The average retail price of food products started to increase in 2012. When the average price between January and August 2020 was compared with the whole of 2012, the prices had increased by 4.1% on average. 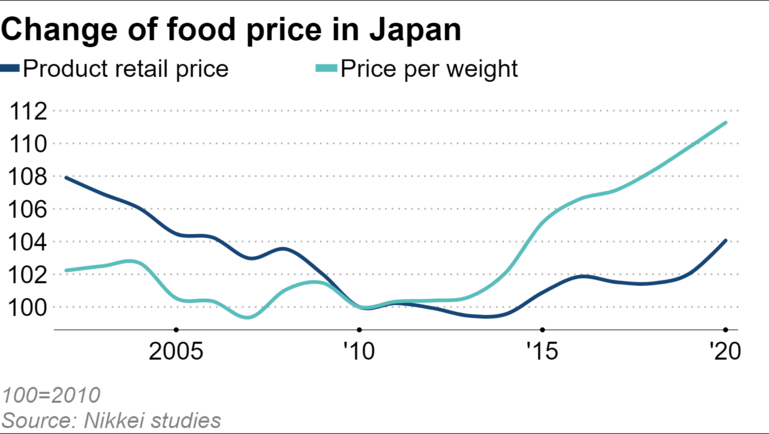 The Consumer Price Index of food, excluding fresh food, announced by the Japanese government also increased by 1.3%, but this includes the consumption tax which was raised in 2014.

The real reason for the increase in the price by weight is because food products in Japan are being sold in ever smaller sizes, while the retail price of the items has not gone down as much.

For example, consumer company Kewpie changed the net weight of its mayonnaise in 2013 from 500 grams to 450 grams. This is because the company discovered that since the number of people in households is decreasing, consumers cannot use up a 500 gram container in the recommended time of one month.

By decreasing the weight, the price by weight increased by 8%, but sales were not affected. Switzerland-based food conglomerate Nestle has also decreased the net weight of its instant coffee product in Japan from 150 grams to 120 grams.

Despite the smaller net weight of food products they are taking home, consumers have accepted the stealthy price increases. One employee at a supermarket in Tokyo said: "Many people live alone, so there is a consumer demand for smaller food products." 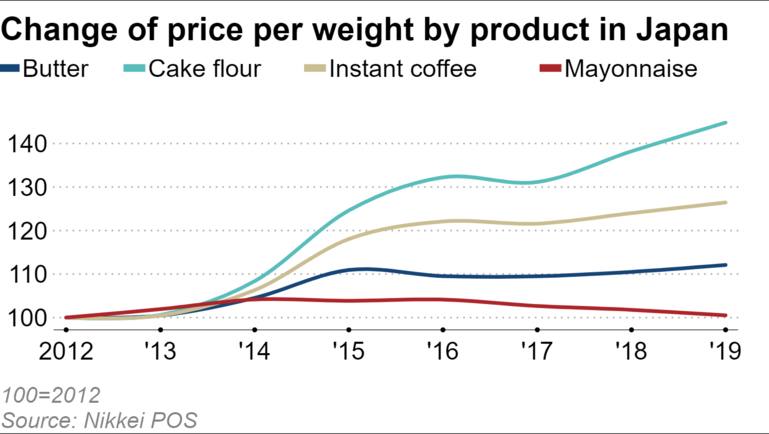 As the Japanese population has been declining since 2008, the number of individual households have been conversely increasing. As a result, the average number of people in a household was 2.2 in 2019, down from 2.6 in 2002.

Households composed of elderly and young people living alone are on the rise, with demand for small-sized food products increasing too. For food companies, production costs increase with the need to individually wrap smaller products, but they have maintained their profits by quietly raising their prices. 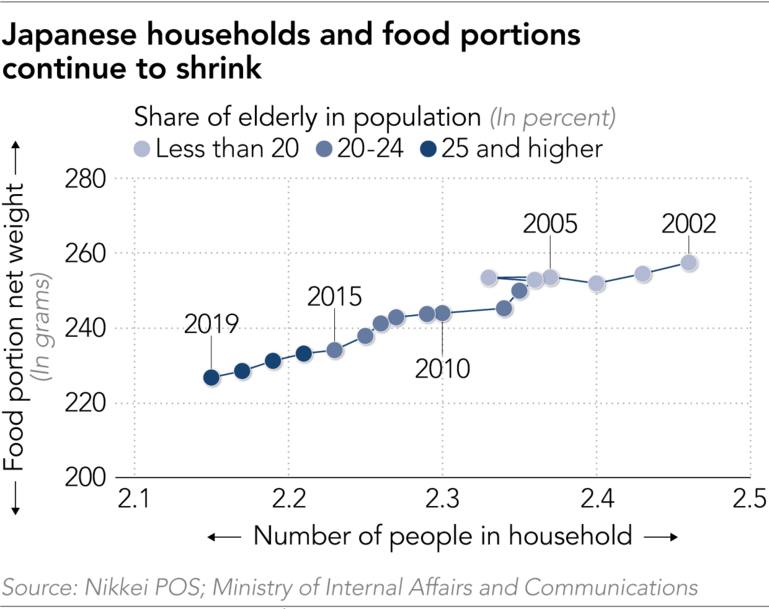 However, the picture could change. The National Institute of Population and Social Security Research forecasts that the number of households in Japan will start decreasing from 2024. If this happens, the demand for smaller products will fall as well. Food companies will be less able to maintain their profits and food prices might go down.

Consumers might then enjoy lower prices for a short while, but in the long term, the food industry and the economy as a whole will suffer from deflation.