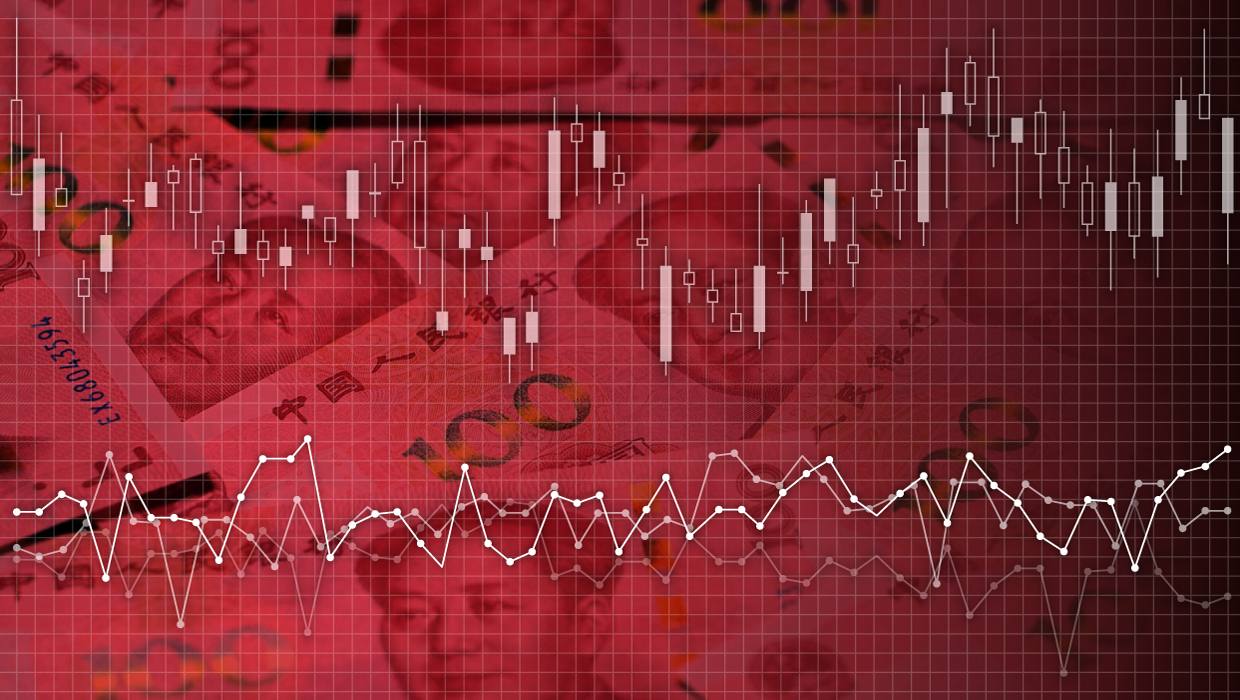 BEIJING/TOKYO -- China has flexed its financial muscle to strengthen its international influence in recent years, but the country is fast approaching a point where it may have to rethink its strategy.

The International Monetary Fund forecasts that China's current-account balance will turn negative in 2022, due to the effects of the U.S. trade war and other developments. Under the surface, a huge outflow of money is widening beyond the control of the government's strict regulators.

The trend raises the possibility of a shift in the global balance of power.

A total of $1.2 trillion has "disappeared" from China's statistics in a little over a decade, potentially undermining the clout the country has sought to build through the Belt and Road infrastructure initiative and huge investments in U.S. government bonds.

The IMF says China had $2.1 trillion in external net assets as of 2018 -- the third-largest total after Japan's $3.1 trillion and Germany's $2.3 trillion, but well below its current-account surplus.

Normally, a current-account surplus moves in tandem with an increase or decrease in external net assets. But while China's surplus grew by $2 trillion from 2009 to 2018, its external assets rose by only $740 billion in the same period.

What explains the $1.2 trillion difference? 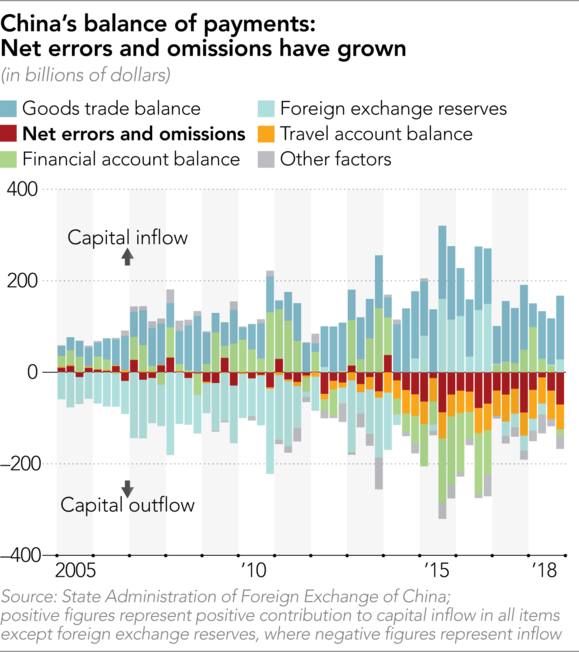 Yu Yongding, an economist and former member of the People's Bank of China monetary policy committee, offered a theory. If a Chinese company exports products worth $1 million to the U.S., it logs the amount as sales in trade with the U.S., according to Yu. But sometimes, only $500,000 ends up in the company's bank account in China, while the other half remains abroad.

Yu said the accumulation of such money explains a portion of the $1.2 trillion.

In China's official statistics, a category called "net errors and omissions" covers such hazy transactions. For the 2009-2018 period, China recorded minus $1.1 trillion in this segment -- suspiciously close to $1.2 trillion.

China's net errors and omissions apparently include losses on emerging-market currencies in its foreign reserves. But as they tend to increase when the yuan falls in value, an informal outflow of funds is believed to account for a large portion of the errors and omissions.

Soon, according to the IMF, China will see its current-account balance turn negative. The international body expects a deficit of $6.6 billion in 2022.

The country's travel-account deficit is also a drag on the balance -- and this is not just due to tourists' shopping sprees. A Chinese man who works for a company in Beijing last year purchased a secondhand studio apartment in Tokyo for 10 million yen ($93,000). He paid by pooling small amounts of funds he had brought whenever he visited Japan for pleasure or business.

"Part of the travel expenditures is capital flight, and has been used to purchase financial products and property," Yu said.

China's travel-account deficit began to increase sharply in 2014. It accounts for roughly 80% of the deficit in service trade, and is calculated from currency exchanges at banks in China, payments by credit cards and smartphones, withdrawals of cash from ATMs, and other transactions by tourists going overseas and students studying abroad.

One study suggests that 60% of the travel balance deficit is due to capital flight. The bottom line is that, due to capital outflows around Beijing's regulations, China's net external assets have not increased as much as its current-account surplus and its income balance remains in the red.

"Downside pressure on the yuan will increase more in the future," said Zhang Ming, a researcher at the Chinese Academy of Social Sciences.