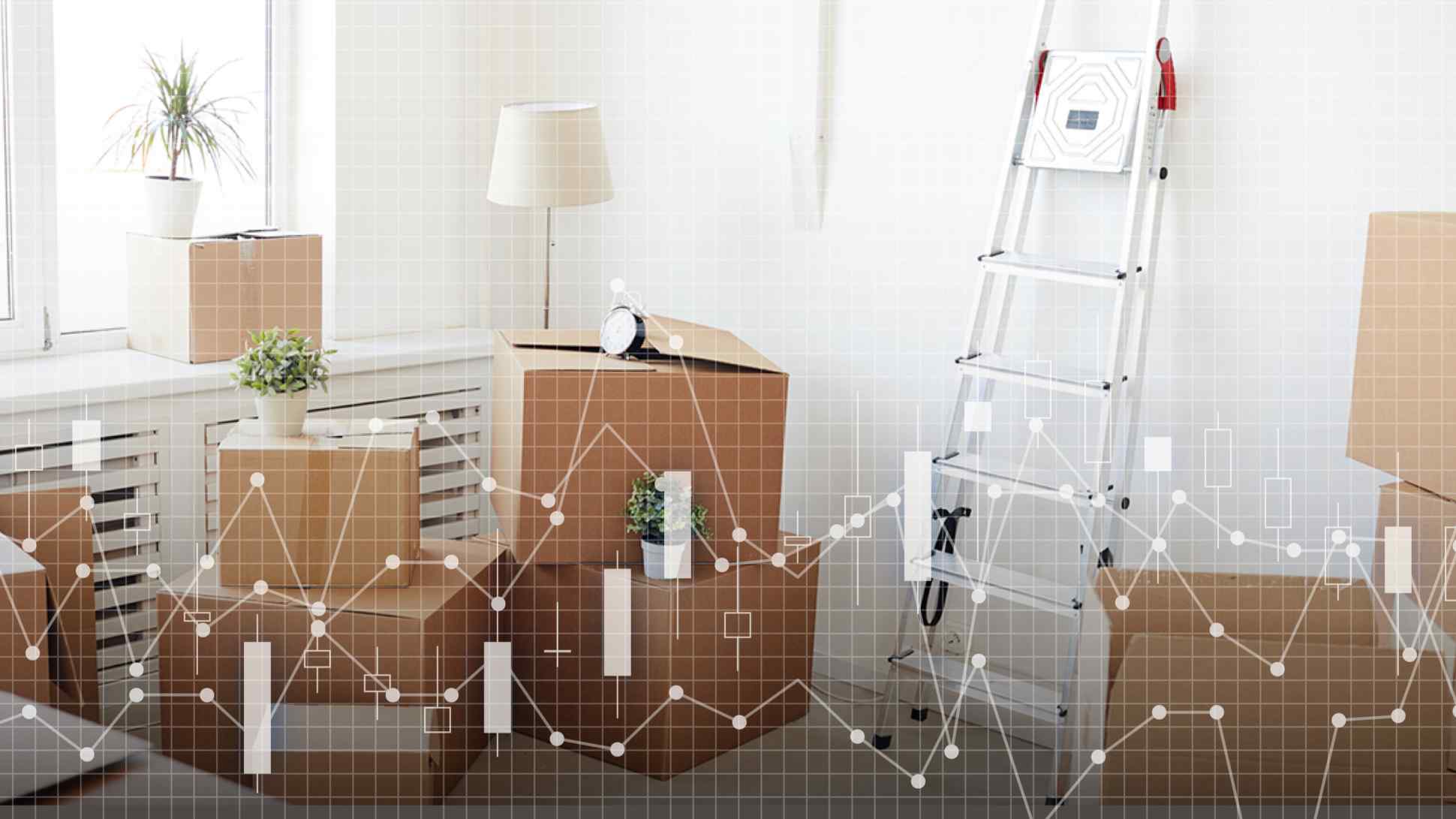 The distance of Japanese relocations is getting shorter, indicating that moves are not prompted by job transfers, but to change residence -- often for a bigger one.
Datawatch

Over half of relocations are to more spacious houses, prompted by COVID

TOKYO -- Demand for relocation services is growing in Japan, despite a declining trend in job transfers amid the prolonged impact of COVID-19 infections, as work-from-home practices are prompting people to move to more spacious residences.

One woman in her 30s, employed by a company in Tokyo, has moved from a studio to an apartment with a bedroom, living-dining room and separate kitchen. "I was distressed both physically and mentally" in the former apartment, which had floor space of 25 sq. meters, she said, explaining why she has relocated to the new apartment, which is roughly twice as big.

In the studio, she had no space for a desk despite having to work more from home, and her work and rest time became increasingly difficult to separate. One of her friends became ill due to continuously working from a small apartment, she said. Although the monthly rent for the new apartment is about 20,000 yen ($182) higher, she said, "I feel relaxed here."

Domestic demand for relocation services is picking up. Sakai Moving Service, the biggest moving services provider in Japan, handled 830,000 cases in fiscal 2020, up 6% from the previous year. According to rival Art, demand somewhat weakened following the government's first declaration of a state of emergency on the spread of COVID-19 in April 2020, but has since been barely affected by the pandemic. The joint analysis was made using data on a total of 2.6 million relocation cases between January 2018 and March 2021.

While the number of relocation cases as a whole returned to the pre-pandemic level last summer, moves are increasing faster in 2021 than in past years.

A noticeable feature of recent relocations is an increase in moves to larger dwelling units. In 2020, relocations to bigger homes accounted for 55% of all moves, up slightly from the pre-pandemic figure, which was at 52% in 2018-2019. 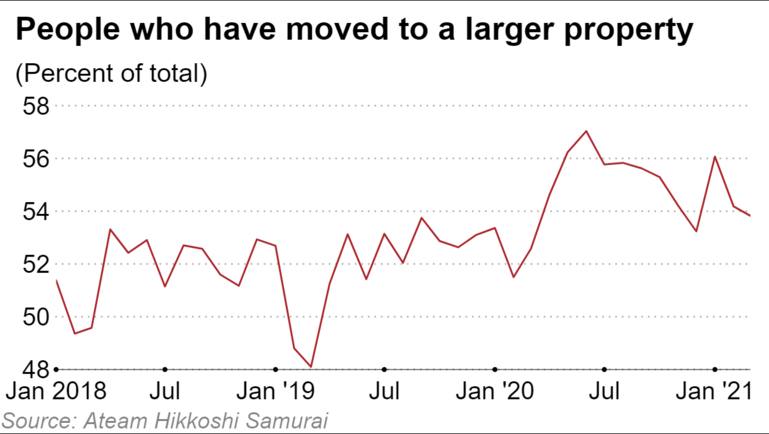 The distance of moves, meanwhile, is becoming shorter. In the January-March quarter of 2021, 52% of those who moved did so within the same prefecture, up nearly 5 percentage points from the corresponding period in 2019. While moves of this kind increased in all of Japan's 47 prefectures, or states, 23% of moves were within the same municipality.

Businesses are cutting back on job transfers that involve employees moving home in an effort to fight the pandemic and promote "work-style reforms," according to staffing service provider Pasona Group.

At the same time, an increasing number of people are moving at their own discretion in search of better living environments. In such cases, people tend to choose new homes within the same sphere they have been used to, to avoid having to find new commuting routes and facilities such as shops.

Houses in Japan have long been acknowledged to be smaller than those in the U.S. and Europe. The average floor space of homes per resident in Japan is about 40 sq. meters, two-thirds the figure in the U.S. and roughly 10% smaller than in Germany and France. The average space of rental homes in Tokyo, with its high population density, is only 25 sq. meters. It is fair to say that discontentment with small homes rose to the surface during the coronavirus pandemic, with its repeated lockdowns. 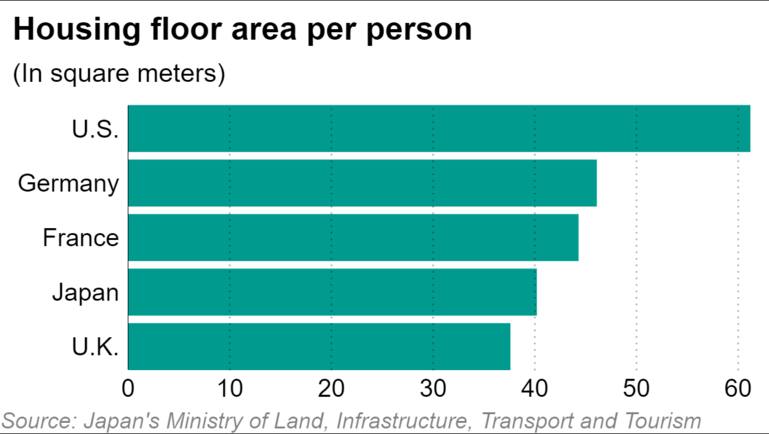 Although there appears to still be pent-up demand for relocation, it is uncertain whether people will continue to follow this trend in the light of rising housing prices.

House prices had begun to rise before the outbreak of the pandemic. Investment has continued to flow into real estate against the backdrop of large-scale monetary relaxation policies. The market for property investment trusts has also grown bigger. The ratio of household rent to household spending has climbed 1.4 times over the past 20 years, squeezing livelihoods at a time when wage growth has stalled.

The nationwide average of condominium prices has jumped 1.6 times over the past decade. In Tokyo, prices have reached more than 10 times the average annual income of workers. The burden of mortgage loans on individual borrowers is increasing.

Before the spread of COVID-19, the presence of so-called "relocation refugees" -- or people who were unable to move because of a shortage of labor at moving service companies -- became a social problem. Further down the road, if income levels continue to plateau or drop while house prices keep rising, demand for relocation is likely to fall.